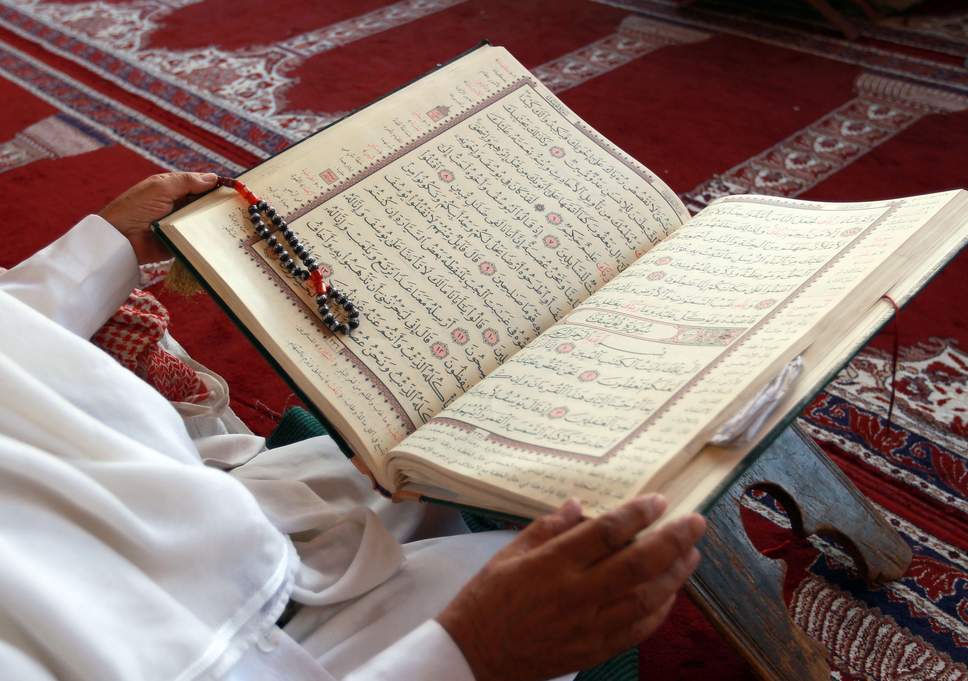 The basic Islamic concept is that the whole universe was created by God, whom Islam calls “Allah” and who is the Lord and the Sovereign of the Universe. As a religion, Islam stands for complete submission and obedience to Allah – that is why it is called Islam. Allah has prescribed a certain code of life as the correct one for him, but has, at the same time, conferred upon man freedom of choice as to whether or not he adopts this code as the actual basis of his life. Allah says:

According to Islam, you have to believe in Allah, the Angels of Allah (Malaikah), the Books of Allah (Kutubullah), the messengers of Allah, (Rasulullah), the Day of Judgement (Yawmuddin), the Supremacy of the Divine Will (Al-Qadâr ) and life after death (Akhirah). Allah says:

“They consider (it) a favour to you that they have accepted submission/ Say, “(Do) not consider a favour on me – your submission/Islam. Nay, Allah has conferred a favour upon you that He has guided you to the faith if you are truthful.” (Surah l-Hujurat 49:17)

Allah is the name of God. Some people ascribe false attributes to Allah. We Muslims have our knowledge of Allah through what He revealed in the Holy Qur’an or through Prophet Muhammad ( Sallallahu Alihi Wasallam. SAW, peace be upon him). Allah says:

“And whoever seeks other than [the] submission/Islam (as) religion then never will be accepted from and he in the Hereafter, (will be) from the losers.” (Surah Al-Imran 3:85).

The Guidance is revealed through the Prophets. It is a part of their mission to translate it into practice – in their own lives and in the society they try to reform. All the Prophets are representatives of Allah, but they are human beings and their lives are models for mankind. Prophet Muhammad is the last Prophet and, as such, the final model for mankind. Allah says:

“And enjoined [it] Ibrahim (upon) his sons and Yaqub, “O my sons! Indeed, Allah has chosen for you the religion, so not (should) you die except while you (are) submissive.” (Surah Al-Baqarah 2:132).

Islam is a religion without any mythology.  Its teachings are simple and intelligible. It is free from superstitions and irrational beliefs. The Oneness of Allah, the Prophethood of Muhammad and the concept of Life after Death are the basic articles of its faith.

The Fundamental of Islam

Islam is the religion of truth. It is the embodiment of the code of life which Allah, the Creator, and Lord of the universe, has revealed for the guidance of mankind. To remind us the pillars of Islam consisted as follows:

The Basic Principles in Islam

According to the fundamental of Islam mentioned above, we can conclude the basic principles of Islam as follows:

1. Faith and belief in Allah SWT

Allah is the Creator of all the creatures in the world and the entire universe. Islam teaches us that every single thing belongs to Him. He made from nothing into something.

2. Only worship to Allah SWT

Since Allah SWT is the only God and the only protector and saviours of mankind, Muslim’s life is nothing but a commitment to Allah. His teaching is our guide to get closer to Him by following His path. Allah sent Prophets and His Messenger is to guide mankind, to avoid them from calamity. Therefore Muslims should only worship Allah SWT. As mentioned in the following verse: Allah says:

As a child, we must respect them and be kind to them sincerely since devotion to parents is the second most important commitment for Muslims.

3. Be good to others and respect any form of life

Islam is a religion of peace, they respect any form of life since that is also the creation from Allah.

Muslims to bring peace towards others, we must keep our heart even though we got insults, and we must care to others both to fellow Muslims or non-muslims. Allah says:

“And who (is) better (in) speech than (one) who invites to Allah and does righteous (deeds) and says, “Indeed, I am of those who submit?” (Surah AFussilat 41:33)

Muslims must live according to the social rules without ignoring the rules of Islam. We must blend into any society, live in harmony and be responsible for what we are doing. Including family, relatives or friends. As mentioned in the following verse: Allah says:

“So is (it) other than (the) religion (of) Allah they seek? While to Him (have) submitted whatever (is) in the heavens and the earth, willingly or unwillingly, and towards Him, they will be returned.” (Surah Al-Imran 3:83)

It also means that Islam avoids violence, aggression, and conflicts that may lead to murder. Islam suggests dialogue and negotiations resolve problems. Read also about Ways to Earn Good Deeds in Islam.

4. Knowledge is the base of all acts in Islam

Muslims without knowledge will result in chaos and astray. Knowledge is a source of guidance and protection. Knowledge will protect mankind from difficulties, harm, and even Islam consider seeking knowledge as an obligation and give whoever seeks knowledge a reward.

5. Honesty is valuable in Islam

“Then if not they respond to you then know that it was sent down with the knowledge of Allah, and that (there is) no god except Him. Then, would you (be) those-who-submit/Muslims?” (Surah Hud 11:14)

Islam awakens in man the faculty of reason and exhorts him to use his intellect. It enjoins him to see things in the light of reality. The Quran advised him to pray (what means): “…My Lord! Increase me in knowledge.” [Quran: 20:114] It asserts that those who do not know are not equal to those who have [Quran: 39:9]; that those who do not observe and understand are worse than cattle [Quran: 7:179]; that the meanings of revelation become manifest to those “…who know…” [Quran: 6:97] and those “…who have understanding…” [Quran: 6:98]; and that: “…Whoever has been given wisdom has certainly been given much good…” [Quran: 2:269].

In Islam being honest will keep another person right, to keep the truth is our obligation as Muslims. All the teachings of Islam follow those basic beliefs and are simple and straightforward. Allah says:

“And who (is) more wrong than (one) who invents upon Allah the lie while he is invited to submission/Islam? And Allah (does) not guide the people [the] wrongdoers.”. (Surah As-Saff 61:7)

There is no hierarchy of priests, no far-fetched abstractions, no complicated rites, and no rituals. Everybody may approach the Book of Allah directly and translate its dictates into practice according to the proper understanding of the Quran and Sunnah (the way of the Prophet.