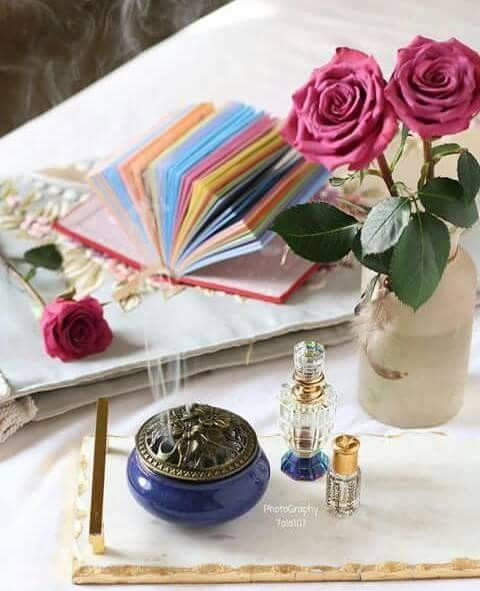 Fear of Allah is the source of all knowledge as it motivates us to seek the truth and act in accordance with it. Indeed, the description of punishment in the Hereafter found in the Quran and Sunnah should increase our resolve to be righteous. The best provision is mindfulness of Allah, and the foundation of wisdom is the fear of Allah the Exalted. Allah says:

“O Allah, I submit my face to you and entrust my affair to you. I commit myself to you out of hope and fear of you.” (Sahih Muslim 2710)

Love of Allah and fear of Allah go hand in hand. When a person loses his love of Allah, he will also lose his reason, conscience and Qur’anic virtues. That believer cannot achieve a deep faith, cannot properly train his lower self and cannot attain paradise. Fear of Allah is like a key that opens the door to a profound faith in the believer’s heart. A deep fear of Allah may help the believer achieve the beautiful set of moral values, sincerity, and humility of the prophets. Allah says:

“They arise from their beds and they supplicate their Lord in fear and hope, and they spend from what We have provided them.” (Surah As-Sajda 32:16)

The fear of God

The Arabic word for the “fear of God” is taqwa.  It comes from the root word meaning “to protect from something, to prevent”.  Indeed, a person exhibits the fear of God by seeking to prevent God’s punishment by carrying out what God has commanded of him and abstaining from what God has prohibited him.

A believer must combine the Fear of Allah due to the following reasons:

God had called upon all people in every era to fear Him. It is God’s right over His servants that they fear Him as He ought to be feared. A Muslim must never leave a major sin to go without repentance, for God’s promise of forgiveness is for those who turn to Him in sincere repentance.  Allah says:

A believer should follow up with his sincere repentance with the performance of good works. Ibn Mas`ud explained what it means to fear God as He ought to be feared by saying: “It means that He is to be obeyed not disobeyed, remembered not forgotten, and shown gratitude, not ingratitude.” Allah says

“Only those who fear Allah among His servants are those with knowledge. Verily, Allah is Almighty and Forgiving.” (Surah Al-Fatir 35:28)

Fear of Allah causes a reduction of sin and man’s wakefulness and vigilance and is itself a cause of warning against negligence in man at the time of deviation and error. It is for this reason that the fearful and dreadful of Allah have been praised and a promise of reward has been promised for fear of Allah. Allah says:

The fear of God is the path to forgiveness, salvation, and attainment:

God promises those who fear Him: Allah will provide for their needs and grant them a way out of their worldly difficulties. This is God’s promise. We should draw strength from it when we are tried in life with difficulties that tempt us to resort to what God has forbidden. Allah says:

“And whoever fears God, He will make for him a way out, and provide for him from whence he could never imagine.” (Quran 65:2-3)

Knowledge and the Fear of God are related: The first is that true fear of God comes about as the result of having proper knowledge of God and His perfect attributes. Allah says:

O you who have believed, fear Allah. And let every soul look to what it has put forth for tomorrow — and fear Allah. Indeed, Allah is Acquainted with what you do.” (Qur’an, 59:18)

Follow up a bad deed with a good deed: The Prophet, may the mercy and blessings of God be upon him, tells us that performing a good deed wipes away the sin incurred from perpetrating an evil one. Scholars have disagreed whether the “good deed” being referred to here refers specifically to the context of repentance or whether it is general for all good works. Allah says:

“Except for those who repent, believe, and work righteous deeds.  For those, God will change their evil deeds into good deeds, and God is Most Forgiving, Most Merciful.” (Quran 25:70)

This is especially true for major sins. The Prophet said: “A servant, if he acknowledges his sin and then repents, God will forgive him.”

And deal with people in a good manner: God tells us repeatedly in the Quran to observe good manners in our dealings with others.  Allah says:

“And establish prayer at the two ends of the day and at the approach of the night. Indeed, good works do away with evil deeds. That is a reminder for those who take heed.” (Quran 11:114)

To fear Allah is the beginning of all. The more one fears Allah, the more superior he becomes in the presence of Allah. And since this has no limits, one can increase this fear if he desperately requires it from Allah. Qur’an gives examples of prophets. The believers can compare themselves with the prophets and understand that they really can increase their fear of Allah. Allah says:

Among the good manners that we should cultivate is to be sensible in our dealings with others and not to react hastily when they do that which displeases us. Allah says

However, we need to balance our fear of Allah with our hope in His reward and His Paradise. Let us remember that our hearts are just like a bird on a journey to Allah in the Hereafter. Our love of Allah is the basis of our worship, and our fear and hope are like two wings that propel us along the straight path toward our final destination. May Allah make us among those who spend their lives working to please Him.