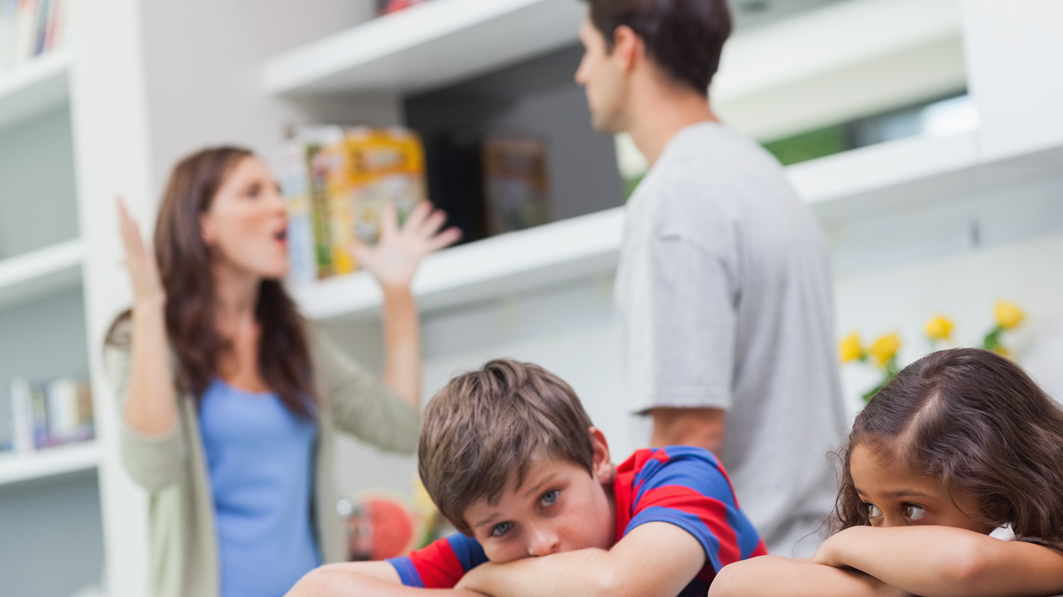 Divorce is the most difficult phase of a married couple’s life. As adults, they might eventually get over the tough period, but children become a collateral casualty. Their minds are tender and can slip into a state of shock on seeing parents split forever. The adverse effects of divorce can be long-lasting on children and may impact their relationships. Allah says:

“And when you divorce [the] women and they reached their (waiting) term, then (do) not hinder them [that] (from) marrying their husbands when they fairly agree between themselves. That is admonished with it whoever [is] among you believes in Allah and the Day [the] Last; that (is) more virtuous for you and purer. And Allah knows and you (do) not know.” (Sura Al-Baqarah 2:232)

In Islam, marriage is a sacred bond not only between humans but also to Allah SWT as the Creator of the Universe. Marriage is highly important in Islam that is considered as half of the religion. But not everything goes smoothly as planned, so doesn’t marriage. Many marriages in modern times ended in divorce, even between Islamic marriages. Allah says:

“O Prophet! When you divorce [the] women, then divorce them for their waiting period, and keep count (of) the waiting period, and consciously revere Allah, your Lord. (Do) not expel them from their houses, and not they should leave except that they commit immorality clear. And these (are the) limits (of) Allah. And whoever transgresses (the) limits (of) Allah then certainly he has wronged himself. Not you know; perhaps Allah will bring about, after that, a matter.” (Surah At-Talaq 65:1)

Islam encourages all Muslims to maintain a good relationship with their families, and whoever keeps the ties of kinship will be hugely blessed by Allah SWT. Divorce may cause discord in the family that causes them to fall apart. This is surely not a thing Allah SWT likes.

Here are some of the negative effects of divorce in Islam:

Many children unconsciously blame themselves for their parents’ divorce and sense the responsibility to mend the relationship again. However, this may cause pressure on them that lead to negative thoughts and them having nightmares. Children no longer feel warmth and happiness due to their parents’ divorce. Soon they will develop a severe mood swing that affects their interaction with other people. They tend to withdraw themselves from society and opted not to talk to anyone. Allah says:

Negative Effects of Divorce for Children

The one who suffers the most from divorce is the children. Parents’ divorce could affect them until they grow up. Here are the negative effects of divorce on children.

Children are the silent victims of a parent’s dysfunctionality and suffer the most. Many have extreme thoughts of guilt, trauma, and confusion. They think of running away from the situation or even think of suicide. The effect on children varies based on their age, gender, and understanding of the situation. Many parents who fail to discuss the family situation find their children confused trying to seek answers and sometimes solace from others including elder family members, teachers, school mates or even strangers. Allah says:

“Perhaps his Lord, if he divorced you, [that] He will substitute for him wives better than you submissive, faithful, obedient, repentant, who worship, who fast, previously married and virgins.” (Surah At-Tahrim 66:5)

Divorcing parents must be honest and straightforward in discussing what is happening within the family. They must be reassured that:

• both parents love them,
• it is not their fault, and
• they will be taken care of no matter what the outcome of the family situation will be.

The biggest loss of broken home children whose parents are divorced is the loss of emotional support. Things could be worse when the children were looked after by one of the parents without having access to communicate with the other. Parents should be honest and straightforward in answering all the questions that they might have in their minds. Allah says:

“O you who believe! When you marry believing women and then, divorce them before [that] you have touched then not for you on them any waiting period (to) count concerning them. To provide for them and release them (with) a release good.” (Surah Al-Ahzab 33:49)

Another negative effect of divorce that leaves a bad impact on children is behavioural problems possibly developed by them. They may grow up to be an emotional person with antisocial tendencies, easy to lose their temper, and assaulting behaviour. On the most extreme side, they may become a social misfit.

Below are only some of the effects of divorce on children

Divorce is associated with diminished psychological well-being in children and adult offspring of divorced parents, including greater unhappiness, less satisfaction with life, a weaker sense of personal control, anxiety, depression, and greater use of mental health services. A preponderance of evidence indicates that there is a causal effect between divorce and these outcomes. Allah says:

“And if they separate, Allah will enrich each (of them) from His abundance, and Allah is All-Encompassing, All-Wise.” (Surah An-Nisa` 4:130)

It is true that children whose parents were divorced have a trust issue in a relationship. It will be hard for them to believe that love exists, which end up rather not getting married than having to get divorced in the future. Moreover when the divorce involves several conflicts under the children’s knowledge. Allah says:

“And for the divorced women, (is) a provision in a fair manner – a duty upon the righteous.” (Surah Al-Baqarah 2:241)

“For those who swear (off) from their wives (is a) waiting (of) four months, then if they return – then indeed, Allah (is) Oft-Forgiving, Most Merciful.” (Surah Al-Baqarah 2:226)

“Those who pronounce zihar among you [from] (to) their wives, not they (are) their mothers. Not (are) their mothers except those who gave them And indeed, they surely say an evil [of] [the] word and a lie. But indeed, Allah (is) surely, Oft-Pardoning, Oft-Forgiving.” (Surah Al-Mujadilah 58:2)

Another negative effect of divorce on a child is drops their school grades. A broken home child whose parents were divorced loses huge emotional support since they found that their house is no longer complete. It affects their ability to focus on school, which lead to a drop in grades. While education is one of the most important things for a child to develop a brighter future, it shouldn’t happen to their education. Allah says:

From the explanation above, it is clear that there are too many negative effects of divorce in Islam. As good Muslims, let’s do our best to avoid divorce, for the sake of the children and the marriage itself.