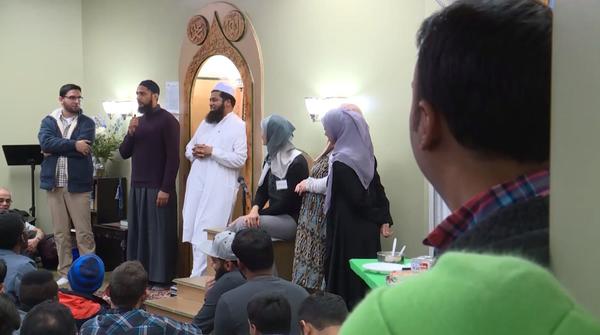 The main difference between Muslims and Arabs is that Arabs is a race and Muslims is a follower of the religion of Islam. In other words, a Muslim is a person or an individual that embraced the religion of Islam. An Arab is a person or an individual that occupies the Arabian region for dwelling purposes. While the term Arab has been used in the past to refer to members of a Semitic ethnic group from the Arabian Peninsula, today the word “Arab” refers to people from Arabic-speaking countries, most of which are in the Middle East and North Africa.

The term Arabian was historically used to describe an inhabitant of the Arabian Peninsula. Today “Arabian” is used as an adjective to describe a non-human noun (e.g., Arabian coffee); it should not be used to refer to people. The following questions about basic Muslim beliefs (2 through 12) are answered in accord with the scholars mentioned above, reflecting the majority of Sunni views.

A Muslim is a follower of the religion of Islam. Islam is one of the major religions in the world. Muslims live their lives according to this religion. They pray five times a day. Muslims believe the Quran, their religious book, to be the word of God as it was revealed to the Islamic prophet Muhammad.

The definition of Arab as given by the Oxford dictionary is as follows.

“A member of a Semitic people, originally from the Arabian peninsula and neighbouring territories, inhabiting much of the Middle East and North Africa.”

Arab is a name given according to the place where people come from. It is not connected to a religion. Therefore, an Arab is not necessarily a Muslim.

What is the difference between Muslims and Arabs?

The word Muslim is religion-based, whereas the word Arab is region-based or ethnicity-based. It is very important to note that different languages are used by Muslims because they reside in different parts of the world. Arabs speak the Arabic language, which is also spoken by other nationals too.

It is interesting to note that though most Arab citizens follow some sect of Islam there are people who belong to other religions such as Christianity and Jewish. Thus, you come across Muslim Arabs and Christian Arabs. The same is applicable even to those that practice the religion of Islam. You can come across an American Muslim and an Arab Muslim too for that matter. Finally, it can be said that Arabs is a race and Muslims is a follower of the religion of Islam.

Lastly, Islam is a religion for all. You need not be black or white to be qualified as a follower. This religion strictly forbids the man from considering themselves to be on par with God. In their history, there are no more new prophets to come, since it was Muhammad PBUH who was considered to be the last.