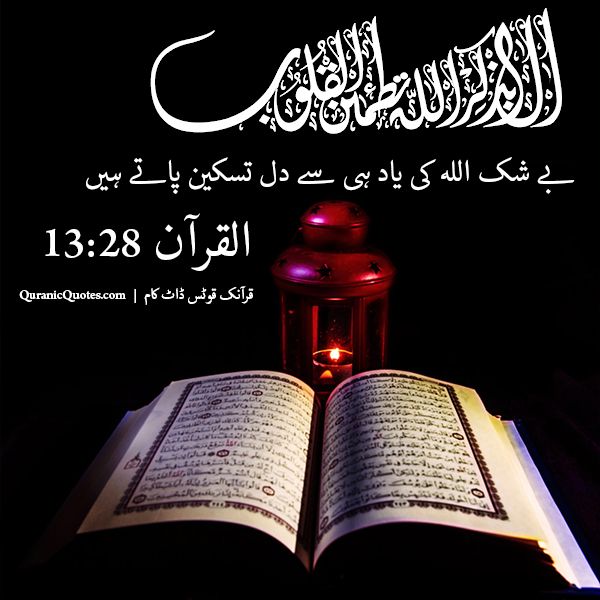 God is the supreme power, he is the one who created the whole universe, the heavens and Earth, and he who had created the humans, and he is the one and only one who deserves to be worshipped only. Muslims claim that Allah is God and the only God of all that is created in the Universe, and he who had revealed his last book the “Holy Quran” to his last messenger Prophet Muhammad (PBUH). Allah says:

“Those who remember Allah standing, and sitting and on their sides and they reflect on (the) creation (of) the heavens and the earth, “Our Lord, not You have created this (in) vain. Glory be to You, so save us (from the) punishment (of) the Fire. ” (Surah Al-Imran 3:191)

In this holy book, there are many verses that describe Universe Creation, and since Science has advanced a lot in knowing how the universe was created, we can compare the facts from both resources (Quran, Science), and if they match then definitely ALLAH is really the ONE, and he is Almighty God. Knowing that the Quran is NOT a book of “Science” but a book of “Signs”, to show us the wonders of God’s work in the Universe. Allah says:

Big Bang? Scientists agree on the timing of the Big Bang, which is 13.7 billion years before, but before that, no one is able to measure or test or see previous events, so scientifically there is no exact answer. Allah says:

Thus the elements and what was to become the planets and stars began to cool, come together, and form into shape, following the natural laws that Allah established in the universe. The Qur’an further states that Allah created the sun, the moon, and the planets, each with its own individual courses or orbits. Allah says:

Declaration: For those who don’t know Quran and its interpretation, it’s not a mankind book but God’s words, and to understand correctly what is meant by any of its words, you have to note the following:

“And indeed, We (have) created above you seven paths and not We are of the creation unaware.” (Surah Al-Mu` min 23:17)

The words “Heavens and Earth – السموات والارض” in the Quran have many indications, like the following:

“He (Allah) has created man from a sperm-drop, and behold this same (man) becomes an open disputer!” Surah An-Nahl 16:4)

God mentions many times in the Quran that He is the Lord of the Glorious Throne because it is one of the foremost and most magnificent of his creations.

The origins of the universe facts and information:

The word “your” is thus understood, within the Quran, to be a long period of time — an era or aeon. Therefore, Muslims interpret the description of a “six-day” creation as six distinct periods or aeons. The length of these periods is not precisely defined, nor are the specific developments that took place during each period. Allah says:

“Do not you see, that Allah created the heavens and the earth in truth? If He wills, He can remove you and bring a creative new.” (Surah Ibrahim 14:19)

Allah is never “done” with His work because the process of creation is ongoing. Each new child who is born, every seed that sprouts into a sapling, every new species that appears on earth, is part of the ongoing process of Allah’s creation. Allah says:

“Indeed, your Lord (is) Allah the One Who created the heavens and the earth in six periods, then He established on the Throne, disposing of the affairs. Not (is) any intercessor except after His permission. That (is) Allah, your Lord, so worship Him. Then will not you remember?” (Surah Yunus 10:3)

The Quranic account of creation is in line with modern scientific thought about the development of the universe and life on earth. Muslims acknowledge that life developed over a long period of time, but see Allah’s power behind it all. Descriptions of creation in the Qur’an are set in context to remind the readers of Allah’s majesty and wisdom. Allah says:

While Islam recognizes the general idea of the development of life in stages, over a period of time, human beings are considered as a special act of creation. Islam teaches that human beings are a unique life form that was created by Allah in a special way, with unique gifts and abilities unlike any other: a soul and conscience, knowledge, and free will. Allah says:

In short, Muslims do not believe that human beings randomly evolved from apes. The life of human beings began with the creation of two people, a male and a female named Adam and Hawwa (Eve). Allah says:

“Were We then tired with the creation the first? Nay, they (are) in doubt about a creation new.” (Surah AQaf 50:15)

Thus, human beings have a fundamental attachment to the earth. While the creation of Eve is not described in detail, the Qur’an does make it clear that a “mate” was created with Adam, from the same nature and soul. Allah says:

“He (is) the One Who created you from a single soul and made from it its mate that he might live with her. And when he covers her, she carries a burden light and continues with it. But when she grows heavy, they both invoke Allah, their Lord, “If You give us a righteous (child), surely we will be among the thankful.” (Surah Al-A’raf 7:189)

It’s clearly mentioned in the Quran, that Allah created the 7 heavens in the 5th and 6th days, and he created in the lowest heaven, which is our universe, stars to be a guide for travellers. Allah says:

“Then He directed (Himself) towards the heaven while it (was) smoke and He said to it and to the earth, “Come both of you willingly or unwillingly.” They both said, “We come willingly.” (Surah Fussilat 41:11)

Therefore, it’s only our universe that carries stars among all universes and it’s the lowest one and not on the top of the universes. These universes are numbered from 1 for ours till the 7th which is on top. Of course, God doesn’t exist in any one of them but only his creatures and those entire gigantic universes are like a ring in a desert compared to his Chair, and his Chair is like a ring too compared to his Great Throne.

Allah is never “done” with His work because the process of creation is ongoing. Each new child who is born, every seed that sprouts into a sapling, every new species that appears on earth, is part of the ongoing process of Allah’s creation. Allah says:

The Quranic account of creation is in line with modern scientific thought about the development of the universe and life on earth. Muslims acknowledge that life developed over a long period of time, but see Allah’s power behind it all. Descriptions of creation in the Qur’an are set in context to remind the readers of Allah’s majesty and wisdom. Allah says:

A rope from Allah and a rope from people extended to them to enable the reaching of the Mighty Heights. May Allah Almighty forgive me, and forgive all sincere Muslims, for any and all mistakes and errors that we may have fallen into.  Ameen.