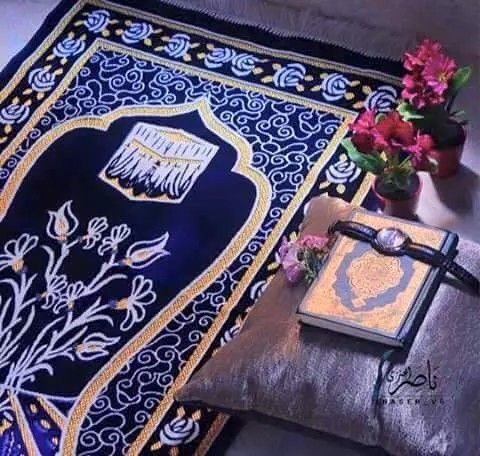 The Qur’an is the literal word of God, The Almighty (Allah in Arabic), revealed to Prophet Muhammad (peace be upon him) through the Angel Gabriel. The first verses of the Quran were revealed during the month of Ramadan, to the Prophet (PBUH) in the cave of Hira. It provides direction to help mankind judge between right and wrong, without which, man would surely be in loss. The Qur’an is the last scripture revealed by Almighty Allah (God), confirming what little truth remains in parts of previous scriptures and refuting. Allah says:

“There has certainly come to you a Messenger from among yourselves. Grievous to him is what you suffer, for he is concerned over you and to the believers he is kind and merciful.” (Surah At-Tawbah 9:128)

Allah has made the Quran very easy to understand and remember. This is, in fact, the only book on earth that can be memorized and is memorized by millions of Muslims around the world. It is Allah Who has made Quran learning easy that we can remember the Quran’s verses fluently even when Arabic is not our first language. Allah says:

“We have explained in detail in this Qur’an, for the benefit of mankind, every kind of similitude: but man is, in most things, contentious.” (Surah Al-Kahf, 54)

Allah commands, a Muslim is worshipping God and fulfilling his purpose in life. Among the four Heavenly Books, the Holy Quran holds the honour of the most Respectable Sacred Scripture as it was revealed on the Last Prophet ﷺ. It consists of teachings and instructions enough for the rest of the world, is written by Allah SWT and is also said to be in His Own Protection. Allah says:

“Woe to those who pray, who are heedless of their prayer, who pray to be seen and withhold small acts of kindness.” (Surah Al-Maun 107:4-7)

In Islam, worship is a comprehensive term that includes all actions and sayings (whether private or public) that Allah loves and is pleased with. A firm belief in Allah’s commandments and acceptance is another distinction between the apostles of Islam and idolaters of Shariah. Satisfaction intertwining with the cascade of heart and the positive vibes that a human body reflects is the result of reviving and accepting the principles of Islam. Allah says:

There are easy ways that make your bond stronger with Allah:

Quran emphasizes the acceptance of Allah Almighty in the hearts of Muslims to attain the level of wealth. The wealth is not in sense of money but the wealth of heart satisfaction. The inner peace is accepting Islam in hearts that eventually will lead to the submissiveness of the world for the believer. Allah says:

“Verily, Allah commands you to render trusts to whom they are due and when you judge between people to judge with justice. Excellent is that which Allah instructs you. Verily, Allah is ever Hearing and Seeing.” (Surah An-Nisa 4:58)

Night and day, health and illness, joy and sorrow, old age and death are all truths written in this book. The most important topic mentioned throughout the Qur’an is the belief in the One, True God. God informs us that He has no partner, no son, no equal and that none has the right to be worshipped except Him alone. Nothing is comparable to God and none of His creation resembles Him. The Qur’an also rejects the notion of attributing human qualities and limitations to God. Allah says:

“O you who believe, be persistently standing firm for Allah as witnesses in justice, and do not let the hatred of a people prevent you from being just. Be just, for that is nearer to righteousness. Fear Allah, for verily, Allah is aware of what you do.” (Surah Al-Ma’idah 5:8)

Since the start of Adam creation, Satan is man’s worst enemy and always keeps on devising schemes to keep a man astray by portraying this temporary world as an alluring and charming place. Quran the book of absolute guidance has also warned the people that Satan is feeble and holds no authority in distracting the people. Thanks to the Quran, translating the book of the universe. Allah says:

“The servants of the Most Merciful are those who walk upon the earth in humility, and when the ignorant address them, they say words of peace.”(Surah Al-Furqan 25:63)

The Quran is a book of wisdom because it teaches man the purpose and duties of all beings. The essentials of all true ways and paths are present in the Quran. Every fruit tree perceives a different fruit based on its structure in the universe; similarly, every tafsir scholar perceives different meanings in the Quran, finds doors of different knowledge, becomes exposed to the manifestations of different names of Allah and presents a different way of guidance. With this aspect, the Quran serves as a library though it is a single book. Allah says:

“We have revealed to you the Reminder that you may make clear to men what has been revealed to them … “ (Quran 16:44)

The Qur’an teaches mankind how to worship the One True God, hence fulfilling their true purpose in life, and attaining success in both this world and the next. Allah creates the hearts of a human and He sent down the Quran comprising His world hence only the speech of Allah can comfort hearts. The study of the Quran will further prove many facts and unearth hidden secrets in this Holy Scripture from Allah. We must try to recite Quran daily and look over the meanings to completely understand the message of Allah.