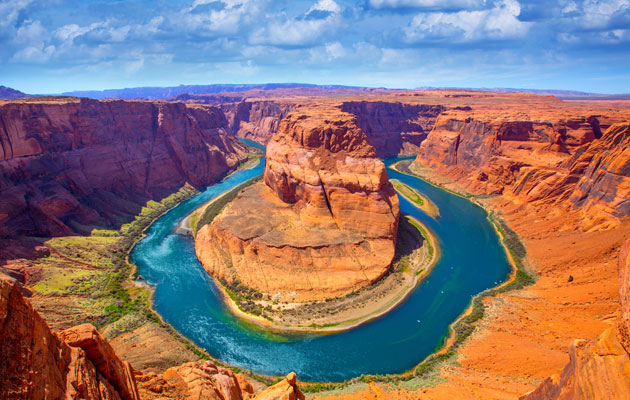 The Colorado River is one of the principal rivers of the Southwestern United States and northern Mexico. The 1,450-mile-long river drains an expansive, arid watershed that encompasses parts of seven U.S. and two Mexican states.

This stunning canyon and the amazing confluence of the Colorado and Little Colorado Rivers, offer a great destination for all you nature lovers out there.With many hotels, a gondola, the diminishing rainfall, the ever increasing flyover traffic from sightseeing tours.

The river itself starts as a trickle in Rocky Mountain National Park, which is a true paradise for hikers all over the world. Then in Utah, the river runs through Arches National Park and Canyonlands National Park.

The damming and diverting of the Colorado, the nation’s seventh-longest river, may be seen by some as a triumph of engineering and by others as a crime against nature, but there are ominous new twists. The river has been running especially low for the past decade, as drought has gripped the Southwest.