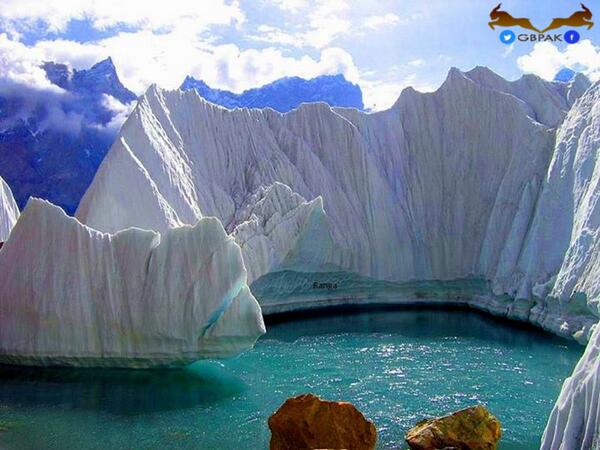 A well-known glacier in the mountains of Karakoram is known as Biafo Glacier which is located in Gilgit-Baltistan, Pakistan. It is about 63 km long glacier which meets Hipar Glacier which is 49 km long at a height of 5,128 m Hispar La to make the world’s largest glacial system outside the polar areas. The highway of ice also bond with two prehistoric mountain kingdoms and includes Nagar in the west and Baltistan in the east.

The traverse uses 51 of the Biafo Glacier’s 63 km and the entire Hispar Glacier to shape a 100 km glacial route. This glacier presents as a vacationers with some days of very exhausting, often frantic rock hopping, with spectacular sights through all the way.

Moreover the beautiful Snow Lake is also positioned near its high point. Snow Lake contains the upper parts of the glacier and as well as its offshoot glacier Sim Gang, which is recognized as the world’s largest basins of ice or snow in the globe in the outer surface of the polar area that is about 1,600 m in depth.  Outside the polar region the Biafo glacier is considered as the third longest glacier of the worldwhere as the second one is Siachen Glacier which is about 70 km but there is a dispute between Pakistan and India and Tajikistan as Fedchenker Glacier is 77 km long.

Campsites along the Biafo are located off of the glacier, adjacent to the lateral moraines and steep mountainsides. The first three (heading up fr amla has an amazing waterfall very near the camping area. Baintha, the third camp site, is often used as a rest day. A large green meadow, it has a few running streams near the camp and many places to spend the day rock climbing or rappelling.