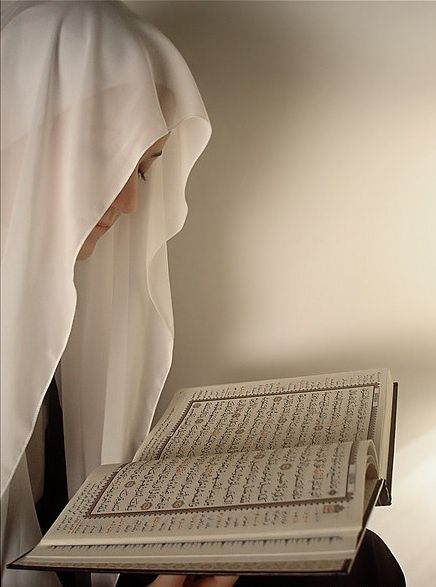 Hijab, or veil, takes the centre stage whenever there is a battle between truth and falsehood. Hijab represents a woman’s submission to her Creator and her connection with the faith. Undoubtedly every do’s and don’ts of Islam have its benefits and it is surely for the betterment of society. Islam is the complete code of life and is the best way for the ultimate guidance of mankind. Hijab is also one of the mandatory obligations of Islam for Muslim women and has its benefits. Allah says:

“O wives (of) the Prophet! You are not like anyone among the women. If you consciously revere (Allah) then (do) not be soft in speech, lest should be moved with he who, in his heart (is) a disease, but say a word appropriate.” (Surah Al-Ahzab 33:32)

The meaning of the word hijab is “to cover” or “barrier”. It is usually worn by Muslim women to cover their private parts from men and to create a barrier among opposite sexes. The main use of the hijab is to protect women from the beasts of lust. Men are usually of the habit of noticing the curves and private parts of the women for the sake of amusement. The hijab covers the women so that they can be protected from such men and keep them safe from foul comments. Allah says:

Wearing the hijab is that it enlightens the purity of the women. It represents that Muslim women wearing the hijab are away from all the evil acts of the world and are pure. Hijab represents a Muslim women’s dedication towards a single man. It shows that no other man has the right to seek pleasure from them as she is sanctified for her husband only.

Islam is a religion of moderation and balance; it does not expect women alone to uphold society’s morality and dignity. Rather, Islam asks men and women to strive mutually to create a healthy social environment of practical values and morality. In short, the concept of modesty in Islam is holistic and applies to both men and women. Allah says:

Islam establishes that men and women are equal in front of God. At the same time, it does recognize that they are not identical. God created men and women with unique physiological and psychological attributes.

Here is the list of some Benefits of Wearing Hijab for Women:

Wearing the hijab is a personal and independent decision that comes from a sincere yearning to please God while appreciating the wisdom underlying His command. Many people mistakenly believe that women are forced to wear hijab. This concept is not based on Islamic teachings as God says in the Quran:

Hijab identifies women as followers of Islam, which can have its disadvantages in a land where misinformation about the faith and its adherents abounds.

More than a dress code, the hijab encompasses modest behaviours, manners, and speech. The inner humility as exhibited through etiquette and morals completes the significance of the physical veil.

The Hijab is Protection

The wisdom behind the Hijab is to minimize sexual enticement and moral degradation in society as much as possible for both men and women. The Hijab helps protect men, women, and society by creating stability in both families and communities in several ways:

The Hijab is NOT…

Muslims believe that their true purpose in life is to worship God according to His instructions, as revealed in the holy book of the Quran and through the teachings of Muhammad, the final prophet of Islam. Worship in Islam is a holistic concept that encourages God-consciousness in every facet of daily life, from charity and neighbourliness to prayer and honest dealings in business. Modest clothing is an integral aspect of worship in Islam as well. Allah says:

“With the clear proofs and the Books. And We sent down to you the Remembrance, that you may make clear to mankind, what has been sent down to them and that they may reflect.” (Surah Al-Araf, verse:26)

Wearing Hijab does not have demerits and those who wear it have more strength and confidence. We as Muslim women should make a practice to wear the hijab so that we can obey the Almighty Allah and can earn blessings from Him in both worlds. Women who wear Hijab Almighty Allah give them respect as well as keep them pious and free from any disturbance.