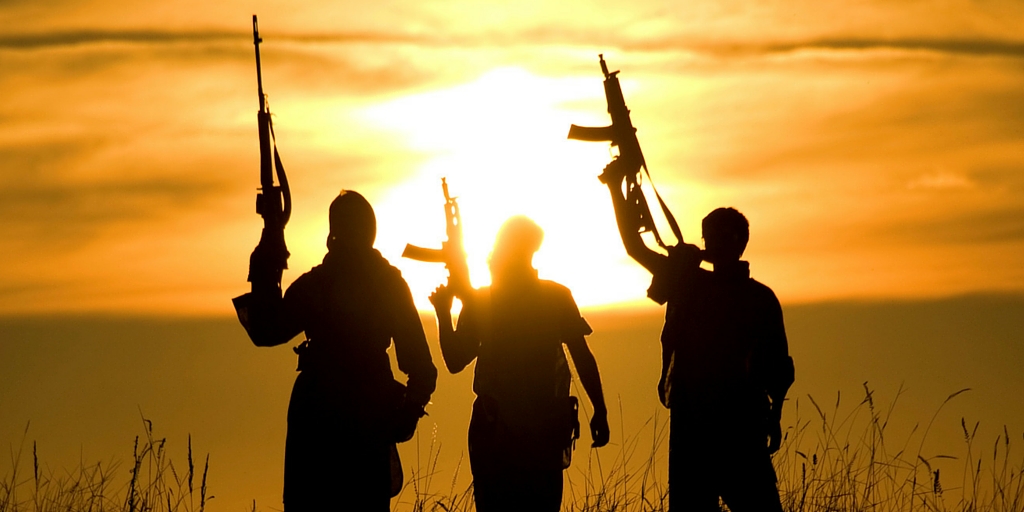 While Arab-Muslim countries have started creating an anti-terror military alliance, terrorist and militant attacks continue to inflict heavy losses on several Muslim countries, forcing the need of a deeper analysis of the insecurity in the Muslim world. The underlying reason for diffusion and proliferation of violent extremism and militant groups has been weak and unpopular regimes in many Muslim countries. This is not merely an opinion but the key findings of several US policy think tanks. These findings, having extensive empirical evidence, must make the core of the analytical framework to explain the conflicts and crisis that have had cropped up due to the activities of extremist and terrorist groups in various Muslim countries.

Militant and terrorist groups like the Taliban, Islamic State (IS), al Qaeda, Boko Haram, al-Shabab, Jabhat al-Nusra and numerous others, excluding Hamas, Hezbollah and Muslim Brotherhood, have emerged and strengthened due to the weak and unpopular regimes in the respective Muslim countries and regions. Thus, expansion, control and influence of the extremist groups using the name of Islam in Pakistan-Afghanistan borderlands, the Sahel, the Maghreb, Nigeria, Somalia and in the Arabian Peninsula, have much to do with weaknesses of states and illegitimacy of regimes in these regions. However, Muslim countries and their intelligentsia generally have been shying from having a realistic assessment of the situation and issues of extremism and terrorism in the Muslim world. For obvious reasons, Muslim rulers won’t like to have a realistic assessment of the conflict and crisis because this would raise serious questions on their regimes. The problem with Muslim opinion leaders is chronic and they look at the issue in terms of in-out group context blaming non-Muslim, specifically the West, for the problems that have befallen Muslim states. While the West cannot be absolved of its contributing role in supporting the weak and unpopular regimes in the Muslim countries for their own very strategic and economic reasons, putting the entire blame on them is simply myopic and beyond facts.

After identifying that the weak and popular regimes in most of the Muslim countries have been responsible for the crisis and conflict unleashed by violent extremism and terrorism, it is also important to understand how causal relationship has worked. Feeble, illegitimate and authoritarian regimes largely inadvertently but at times intentionally created room for terrorists to capitalise on popular resentment. In repressive regimes, extremists make common cause with local insurgents, the dissatisfied and criminal networks, which operate in poorly governed territory.

For instance, it was the unpopular and authoritarian regimes of Iraq and Syria and their repressive policies that created the contingent conditions for the rise of the IS there. In Nigeria, the extensive and profound corruption by successive regimes left the states and its apparatus extremely weak and unpopular, fuelling popular resentment. Out of this chaos emerged groups like Boko Haram, which by staging mass massacres and loathsome kidnapping of hundreds of young girls, terrorised the whole region.

The Afghan Taliban rose in 1994 in the conditions of statelessness in Afghanistan. Taliban in Pakistan first emerged in Fata, which have been mostly an ungoverned or improperly-governed region. The resultant weakness of administration, state writ and unpopularity of the government allowed the Taliban to exploit the grievances of the people and their sentimental attachment to the religion.

In East Africa, members of al Qaeda’s network fused with militants from the Council of Islamic Courts to create al Shabaab. In Libya, Ansar al Sharia exploited post-Qaddafi factional violence to cement itself in the Libyan landscape.

As weak, illegitimate and unpopular regimes across Muslim countries have allowed radical and terrorist groups to emerge and thrive, we need a strategic approach to counter extremism and terrorism. Unfortunately, many Muslim regimes are themselves part of the problem, which is evident from their unelected, authoritarian, elitist and thus, unpopular nature and orientation. So these regimes cannot be expected to be part of the solution. The only hope is that the Muslim intelligentsia will lead the way forward.
By Dr Raza Khan