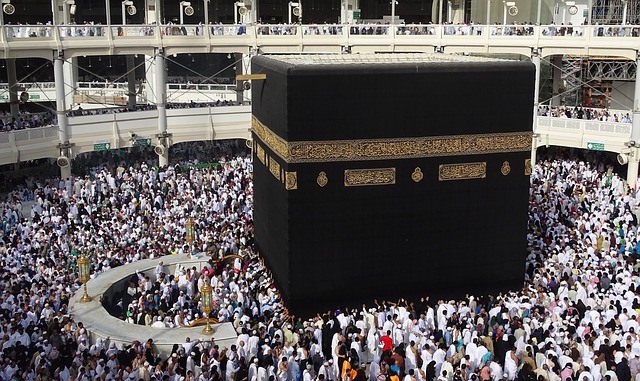 For a Muslim, it is imperative to believe in the Supremacy of Allah Almighty. He is the Creator and the Lord, therefore, whatever a Muslim wants or a Muslim desire comes from Allah Almighty. Hence, it is vital that a Muslim must recognize His Authority and turn to Him in all needs. Allah is the name of the true One God in the Arabic language. Allah says:

“And when your Lord took from (the) Children (of) Adam – from their loins – their descendants and made them over themselves, “Am I not your Lord?” They said, “Yes we have testified.” Lest you say (on the) Day (of) the Resurrection, “Indeed, we were about this unaware.” (Surah Al-A`raf 7:172)

In the Quran, Allah Almighty has clearly stated His authority and mentions time and again that everything and every bounty of the world are from Him and He ought to be invoked for everything. The lines below discuss the Supremacy of Allah Almighty and the element of free will presented in Islam. Allah says:

The translation of verses from the Qur’an is given to answer this question. References of the verses are given in brackets, the number before the colon represents the Surah (chapter) and the following number represents the verse number.

Allah, the One Only:

A Muslim would consider the making of all the natural things and all the natural phenomena that occur a blessing from Allah Almighty, however, the sceptic mind would ask that although Allah has created whatever is natural, and what about the things created by man? Quran also answers this question of people in the following way:

Muslims talk about ninety-nine attributes of Allah; a few are given in the following verses of the Quran.

“And He is the Mighty, the Wise. His is the Sovereignty of the heavens and the earth; He gives life and He gives death, and He is able to do all things. He is the First and the Last, and the Outward and the Inward, and He is the Knower of all things.” (57:1-3)

“Allah! There is no God save Him, the Alive, the Eternal. Neither slumber nor sleep overtakes Him. Unto Him belongs whatsoever is in the heavens and whatsoever is in the earth. Who is he that intercedes with Him save by His permission? He knows that which is in front of them and that which is behind them, while they encompass nothing of His knowledge save what He will. His throne includes the heavens and the earth, and He is never weary of preserving them. He is the Sublime, the Tremendous.” (2:255)

“Say: Call upon Allah, or call upon Ar-Rahman: by whatever name you call upon Him, (it is well): For to Him belong the Most Beautiful Names.” (17:110)

“The revelation of this Book is from Allah, Exalted in Power, Full of Knowledge, Who forgives sin, accepts repentance, is strict in punishment, and has a long reach (in all things). There is no god but He: to Him is the Final Goal.” (40:2-3)

“Have not those who disbelieve known that the heavens and the earth were of one piece, then We parted them, and We made every living thing from water? Will they not then believe?” (21:30)

“He has created man: He has imparted unto him articulate thought and speech. [At His behest] the sun and the moon run their appointed courses; the stars and the trees prostrate themselves [before Him]. And the skies has He raised high, and has devised [for all things] a measure so that you [too, O men,] might never transgress the measure [of what is right]: weigh, therefore, [your deeds] with equity, and cut not the measure short!” (55:3-9)

“It is Allah Who created life and death that you may prove yourself worthy in your deeds.” (67:2)

“Such is Allah, your Lord. There is no god except Him, the Creator of all things, so serve Him. And He takes care of all things.” (6:102)

“He is the Cleaver of the daybreak, and He has appointed the night for stillness, and the sun and the moon to run their appointed courses: [all] this is laid down by the Will of the Almighty, the All-Knowing.” (6:96)

“Allah is He Who created seven heavens and of the earth a similar number. Through the midst of them (all) descends His Command: that you may know that Allah has power over all things and that Allah comprehends all things in (His) knowledge.” (65:12)

“He is Who has made the sun a radiant light and the moon shining [surface], and has determined for it phases so that you might know how to compute the years and to measure [time]. None of this has Allah created without [an inner] truth. Clearly, does He spell out these messages unto people of [innate] knowledge?” (10:5)

“Allah has indeed made all things in heaven and earth subservient to humankind; it is all from Him. Lo! Herein verily are portents for people who reflect.” (45:13)

Allah, the Sustainer, the Cherisher, the Lord (Al-Rabb)

“All praise is due to Allah Alone, the Lord [the Sustainer, the Cherisher] of the worlds.” (Quran 1:2)

“Everything we have created and prescribed for its measure, its character, and destiny…No creature creeps on earth but Allah provides for it its sustenance. He knows its purpose and destiny. For it is He Who prescribed them in His eternal order…The sun rises and sets traversing its orbit exactly as the Almighty, the All-Knowing has ordained. And the moon passes regularly through its phases, returning to its original thin crescent form. Neither sun nor moon overtakes the other; neither night nor day deviates from their preordained courses. Each moves in the orbit Allah has ordained for it. (54:49, 11:6, 36:38-40)

In the Qur’an, the name Allah is used more than 2,600 times and His attribute, Al-Rabb (the Lord, the Cherisher, the Sustainer), has been used over 1,000 times.

Allah Revealed the Truth – Option Given

“Let there be no compulsion [or coercion] in religion: Truth stands out clear from error; whoever rejects evil and believes in Allah has grasped the most trustworthy handhold, that never breaks. And Allah hears and knows all things.” (2:256)

“And if your Lord willed, all who are in the earth would have believed together. Would you [Muhammad] compel men until they are believers?” (10:99)

“No person is responsible for the guilt of another. To every person belongs the merit or demerit of what he had wrought… Allah does not charge a person with more than he can bear. Therefore, everyone belongs the credit or discredit which he had personally earned.” (53:38-39, 2:286)

“Whoever guides himself by Our revelation does so to his own credit. Whoever goes astray does so to his own peril. Nobody will be responsible for another’s deeds, and We will not judge but after a messenger sent [to proclaim and warn] … Whoever does well will have that good reckoned for him. Whoever does evil will have that evil marked against him. Your Lord commits not injustice to His servants.” (17:15, 41:46)

“Say: You are not accountable for our crimes; nor are we for the evil you do… On the Day of Judgment, no person will of any avail to another, neither for good nor for ill. Those who committed injustice will be assigned to the Fire which they denied.” (34:25,42)

“There is not an animal in the earth nor a flying creature flying on two wings, but they are a community like unto you. We have neglected nothing in the Book. Then unto their Lord, they will be gathered.” (6:38)

Allah Almighty is the Creator and whatever is in this world either natural or manmade is a form of creation of Allah Almighty and there can be no denying His craftsmanship.