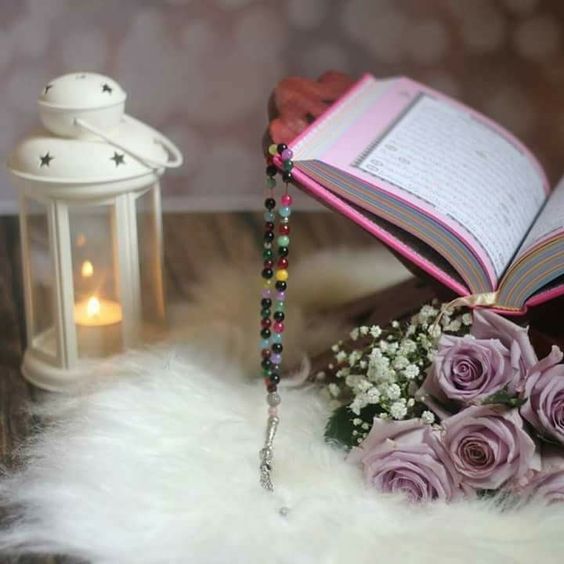 Undoubtedly the proof of something visible existed is far easy than the proof of something not visible. Allah though is present in each creation yet is not visible to the naked eye. His presence is in a small atom to the star of the galaxy, small grain to the cells of the brain, in the creation of soul, death, and reincarnation of the human physical body that proves His omnipresence and sole creator of the universe. Allah says:

For a Muslim, it is imperative to believe in the Supremacy of Allah Almighty. He is the Creator and the Lord, therefore, whatever a Muslim wants or a Muslim desire comes from Allah Almighty. Hence, it is vital that a Muslim must recognize His Authority and turn to Him in all needs. Allah says:

In the Quran, Allah Almighty has clearly stated His authority and mentions time and again that everything and every bounty of the world are from Him and He ought to be invoked for everything. The universe provides a safe host to live in it, balanced and tempered. The lines below discuss the Supremacy of Allah Almighty and the element of free will presented in Islam. Allah says:

“He (is) Allah, the Creator, the Inventor, the Fashioner. For Him (are) the names the beautiful. Glorifies Him whatever (is) in the heavens and the earth. And He (is) the All-Mighty, the All-Wise.” (Surah  Al-Hashr 59:24)

One cannot decide one’s appearance, physical stature, and creed as it is pre-birth and has already been decided with creation. If creation were in human’s hands until now they would have created their own clan and would be running a nation by now. Allah has created a human and his birth process is a miracle that only Allah knows and has the supremacy to hold onto it. Allah says:

“And when said Musa to his people, “O my people! Indeed, you [you] have wronged yourselves by your taking the calf. So turn in repentance to your Creator, and kill yourselves. That (is) better for you with your Creator.” Then He turned towards you. Indeed He! He (is) the-returning, the Most Merciful.” (Surah Al-Baqarah 2:54)

A Muslim would consider the making of all the natural things and all the natural phenomena that occur a blessing from Allah Almighty, however, the sceptic mind would ask that although Allah has created whatever is natural, and what about the things created by man? Quran also answers this question of people in the following way: Allah says:

The detailed study of Quranic scriptures makes it amply clear that Allah Almighty is the only creator and sustainer of the universe. He is the first (Awalu), the last (Aakhiru) and the existent one (Qayyum). Quran the book that is sent down by Allah says:

It is He who has created man and provided him with all the ideas and intellect required to create something. If it were not for Allah Almighty He would not have provided the intellect to people that make them think about things and perceive an idea. If it weren’t for Allah Almighty there would not have been situations that trigger the need for finding a solution for something and thus creating something. Allah says:

One of the most asked questions about God’s existence is that how can you believe in Allah when you cannot see, hear and feel Him? Seeing the art of a painter, the aesthetic skills are required to judge his painting without even seeing him that latterly compel a person to applaud the painter’s existence and creativity. Allah says:

In the same way, this entire universe is a painting that proves His existence about which He clearly has stated in the Quran that there are signs for the believers in the creation of the earth, clouds, heaven, and hell. Hence, Allah Almighty is the Creator and all the creation whether it is directly natural or an indirect one in the form of man creating them is concerned, it all is from Allah.

Probing environment and cosmology provides eminent facts to lay trust in the divinity of the Lord. Science proves that the creation is through a big bang theory but the force was supernatural and no one but Allah holds the power to support it. The finest attribute of the Lord is His precision be it regarding the sun, moon or solar system. Allah says:

Say, “O Allah! Creator (of) the heavens and the earth, Knower (of) the unseen and the witnessed, You will judge between Your slaves in what they used to therein differ.” (Surah Az-Zumar 39:46)

Allah has blessed humans to sense and then map senses over minds to think about the celestial creation and blessings of Allah. This intellect is bestowed upon humans to contemplate His teachings in order to worship Allah. Allah says:

“My Lord, indeed, you have given sovereignty and taught me of the interpretation of the events. Creator (of) the heavens and the earth, You (are) my Protector, in the world and the Hereafter. Cause me to die (as) one-who-submits/Muslim, and join me with the righteous.” (Surah Yusuf 12:101)

The divinity of the Lord is beyond human comprehension and an irresistible fact. Quranic scriptures, narratives, and science are the institute unanimously agreed upon the sole creator existence and eventual sustainer. He has created everything in fine proportions and any havoc imbalance leads to terrible distractions. Allah says:

The ozone layer, Gayle, and hurricanes are examples of global warming and excessive use of materials that have disturbed the natural way of the Universe. Allah Almighty is the Creator and whatever is in this world either natural or manmade is a form of creation of Allah Almighty and there can be no denying His craftsmanship.