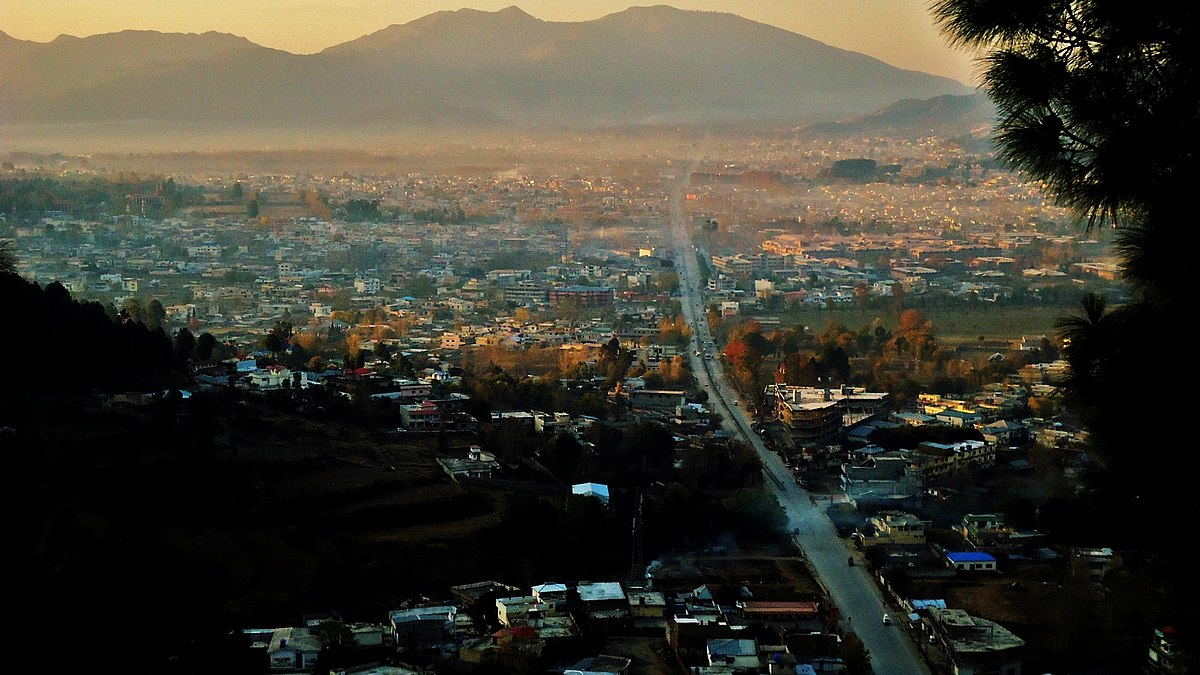 Abbottabad is the capital city of Abbottabad District in the Hazara region of eastern Khyber Pakhtunkhwa, Pakistan. It is about 120 kilometres north of Islamabad and Rawalpindi.The city is well known throughout Pakistan for its pleasant weather, high-standard educational institutions and military establishments.It remains a popular hill station attracting hundreds of thousands of tourists every year.Abbottabad is popular not just with visitors but with those looking to relocate. Its weather, peaceful reputation and the perceived security of a garrison have drawn many from other cities to work or educate their children.

I am very lucky to live in such a wonderful relaxing and beautiful,peaceful Abbottabad There was an influx of migrants from Azad Kashmir after the 2005 Kashmir Earthquake, another from the Swat District during military operations against militants in 2009 and 2010, and also from Waziristan after the army launched major operations against the Taliban in 2009.

The city is bounded at all four sides by the Sarban hills, from which residents and tourists can see breathtaking views of the region and city. The location of the city and the hills allows Abbottabad to experience pleasant weather in the summer and cold winters. The Dor river flows south of Abbottabad through the town of Harnol, eventually reaching Tarbela Dam, situated west of Abbottabad. Neighbouring districts are Mansehra to the north, Muzaffarabad to the east, Haripur to the west and Islamabad Capital Territory to the south.

Like much of the mountainous Northern Areas, tourism is one of the important sources of income in Abbottabad. In the summer when temperatures rise to around 45 degrees Celsius in Punjab and Khyber Pakhtunkhwa, a large number of tourists travel to Abbottabad. The Karakoram Highway, which traces one of the paths of the ancient Silk Road, starts from Hasan Abdal on the N5 and heads north passing through the city, eventually reaching Khunjerab Pass. The Karakorum Highway is a major attraction itself for its views. The Karakoram, Himalayas and the Hindu Kush ranges can be approached from Abbottabad and it continues to be a transit city for tourists, serving as a base for visiting numerous nearby places, such as Hunza, Gilgit, Skardu and Indus Kohistan, of the Karakoram Range.