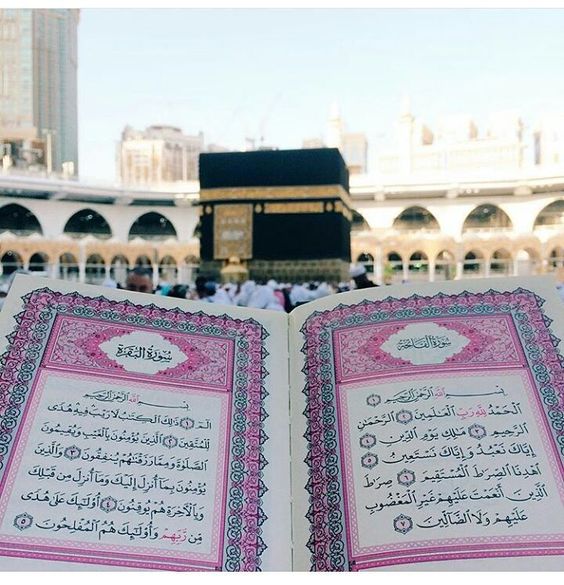 Being a Muslim is one of the greatest blessings of Allah Almighty. The word “Muslim” means one who submits to the will of God, regardless of their race, nationality or ethnic background. Becoming a Muslim is a simple and easy process that requires no pre-requisites. One may convert alone in privacy, or he/she may do so in the presence of others. If anyone has a real desire to be a Muslim and has full conviction and a strong belief that Islam is the true religion of God, then, all one needs to do is pronounce the “Shahada”, the testimony of faith, without further delay. All forms of worship must be directed to God only. Simply by saying with conviction,

One converts to Islam and becomes a Muslim. This saying means “There is no true god (deity) but God (Allah), and Muhammad is the Messenger (Prophet) of God.” The first part, “There is no true god but God,” means that none has the right to be worshipped but God alone and that God has neither partner nor son.

How to Convert to Islam – The Testimony of Faith (Shahada)

Becoming a Muslim is a simple and easy process.  All that a person has to do is to say a sentence called the Testimony of Faith (Shahada), which is pronounced as: I testify

These Arabic words mean, “There is no true god (deity) but God (Allah), and Muhammad is the Messenger (Prophet) of God.”  Once a person says the Testimony of Faith (Shahada) with conviction and understanding its meaning, then he/she has become a Muslim.

It is easy to become a Muslim. To become a Muslim one must simply pronounce the Shahaadatayn (Declaration of Faith) with sincerity and conviction. It is a concise declaration that contains few letters; the light upon the tongue, yet heavy in the scales.

The Shahada can be declared as follows:

“O mankind, indeed We have created you from male and female and made you people and tribes that you may know one another. Indeed, the noblest of you in the sight of Allah is the most righteous of you. Indeed, Allah is Knowing and Acquainted.” (Surah Al-Hujurat 49:13)

The first part, “There is no true deity but God,” means that none has the right to be worshipped but God alone and that God has neither partner nor son.  The second part means that Muhammad was a true Prophet sent by God to humankind.

To be a Muslim, one should also:

To convert to Islam and become a Muslim a person needs to pronounce the below testimony with conviction and understanding its meaning: I testify

When someone pronounces the testimony with conviction, then he/she has become a Muslim. It can be done alone, but it is much better to be done with an adviser through the “Live Help” at the top, so we may help you in pronouncing it right and to provide you with important resources for new Muslims. Allah says:

Say, “If you love Allah, then follow Allah will love you and He will forgive for you your sins. And Allah (is) Oft-Forgiving, Most Merciful.” (Surah Al ‘Imran 3:31)

The first part of the testimony consists of the most important truth that God revealed to mankind: that there is nothing divine or worthy of being worshipped except for Almighty God. God states in the Holy Quran:

Islam is not a new religion because ‘submission to the will of God, i.e. Islam, has always been the only acceptable religion in the sight of God.  For this reason, Islam is the true ‘natural religion, and it is the same eternal message revealed through the ages to all of God’s prophets and messengers.  The main message of all the prophets has always been that there is only One True God and He alone is to be worshipped. God says in the Holy Quran:

“We did not send any Messenger before you, except that We revealed to him that none has the right to be worshipped except Me; so worship Me.” (Surah Al-Anbiyaa 21:25)

“I testify that there is no deity worthy of worship except Allah and that Muhammad is a Messenger (Prophet) of God.”

If anyone has a real desire to be a Muslim and has full conviction and a strong belief that Islam is the true religion ordained by Allah for all human beings, then, one should pronounce the “Shahada”, the testimony of faith, without further delay. The Holy Qur’an is explicit in this regard as Allah states:

There are, however, seven conditions that must be observed before it can effectively make one a Muslim.

“We have not sent you (O Muhammad) but to all mankind as a giver of good news and as a warner, but most people do not know.” (Quran 34:28)

How to declare the Shahadah

To declare the Shahadah ( Ash-hadu an laa ilaaha illaallaah, wa ash-hadu anna Muhammadan-ar-Rasool Allah (i.e I bear witness that there is no God worthy to be worshiped but Allah, and I bear witness that Muhammad is the Messenger of Allah). You may go to a Masjid (Mosque/Islamic center) and declare your shahadah or with another Muslim. If this is not possible then you may say the shahadah by yourself. Allah says:

It is imperative that a new convert takes things slowly after converting to Islam. Moreover, in addition to the slow incorporation of Islamic values in life, a convert should try learning more about Quran and Islam either with the help of books or by seeking guidance from a teacher or mentor to make sure that the understanding of tenants of Islam is clear and it can be incorporated in life with ease and effectiveness. Allah says:

“He sends down the Angels with the inspiration of His Command, upon whom He wills of His slaves, that “Warn that [He] (there is) no god except Me, so consciously revere Me.” (Surah An-Nahl 16:2)

Islam is much more than appearance, in order to become a good Muslim, you will have to go for a holistic approach and gradually start adopting Islamic instructions in your life in all its aspects. Thus, when you practice Islam in every walk of life, then surely you are to become a good Muslim. Our everlasting life in the Hereafter depends on what faith we choose to follow in this transient life, hence let us give this struggle the priority it deserves.