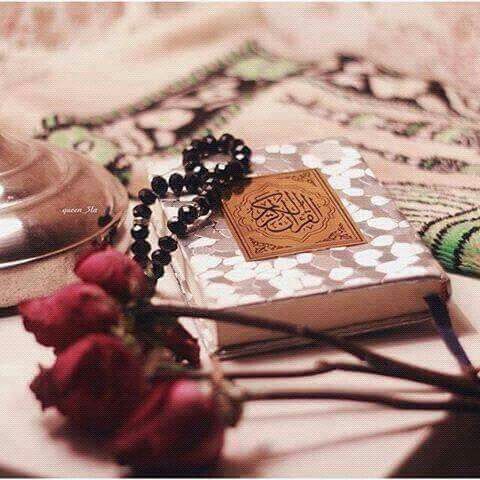 A Muslim believes in ONE GOD, Supreme and Eternal, Infinite and Mighty, Merciful and Compassionate, Creator and Provider. God has no father or mother, no son or daughter. Islam is not a mere ideological vision. Islam is a practical system of life that fully appreciates all the genuine needs of humankind and tries to realize them.  Islam is the original religion that gives Muslims peace of mind and requires us to submit to the will of God. Allah says:

Islam affects the perfect balance between all areas of life and activity. It starts with the individual maintaining a balance between the requirements of body and soul, reason and spirit and in no case allows one side to dominate the other. It does not suppress the human instincts to make the soul ascend the higher planes, nor does it allow man, in his efforts to fulfil his bodily desires, to stoop down to the low level of animalism and hedonism. Allah says:

Islam was revealed to the world as the ordained system of life, at a time when men attached no particular importance to economic factors, nor did they know anything about social justice in the sense we know it in modern times. Islam is not a mere ideological vision. It is a practical system of life that fully appreciates all the genuine needs of humankind and tries to realize them.

In the social sphere, it proceeds to achieve equilibrium between the needs of the individual and those of the community. It does not allow an individual to transgress against other individuals or the community. Nor does it allow the community to commit transgression against individuals. Islam exercises a beneficent constraint on all these mutually opposing forces, prevents them from coming into collision with one another, and harnesses. Allah says:

Islam has an altogether independent existence of its own as a social philosophy and an economic system. Islam guarantees personal freedom and provides opportunities for individual enterprise, but not at the cost of society or ideals of social justice. Islam alone can help humankind shake off these chains. Islam is opposed to imperialism and all forms of exploitation.  Allah says:

Islam harmonizes the individuals and the State in such a way that individuals have the freedom necessary to develop their potentialities and not to encroach upon the rights of their fellowmen. It
also gives the community and the State adequate powers to regulate and control the socio-economic relationships to guard and maintain this harmony in human life. Allah says:

Considering the existing state of affairs in the contemporary world, humankind cannot reasonably afford to turn its back upon Islam or reject its system of life. Humankind is still afflicted with the most savage and odious forms of racial prejudices. Surely, the world in the twentieth century has yet a great deal to learn from Islam.

Islam is a religion in which faith is based on clear proof. Long ago, Islam freed humanity from all racial prejudices. It did not content itself with the presentation of a beautiful vision of equality alone, but it achieved in practice an unprecedented state of equality between all people, black, white or yellow, declaring that none enjoyed any superiority over the others except in virtue and piety. Allah says:

Islam strikes a balance between the two extremes of Capitalism and Socialism. Being appreciative of their role, Islam harmonizes the individuals and the State in such a way that individuals have the freedom necessary to develop their potentialities and not to encroach upon the rights of their fellowmen. Allah says:

Islam has such laws and principles, that is comprehensive and includes the complete human existence, emotions, thoughts, actions, worship, economic dealings, social relationships, instructive urges and spiritual aspirations – all arranged in the framework of a single harmonious but unique system of life, can never lose its usefulness for mankind. Nor can such a religion ever become obsolete, as its objectives are the same as those of life itself and therefore, destined to live on so long as there is life on this planet. Allah says:

Finally, the world with the shadows of war still hanging over it cannot but turn towards Islam – the only way to establish and maintain real peace on this earth. The era of Islam has in a way just started, not ended; it is not a spent force, but a living dynamic force, its future is as bright as its great historical past is glorious, when it illumined the face of the earth at a time when Europe was still groping its way in the dark recesses of Medievalism. We should pray to Allah Almighty to guide us towards the right path and help us become pious and righteous Muslims. Ameen!