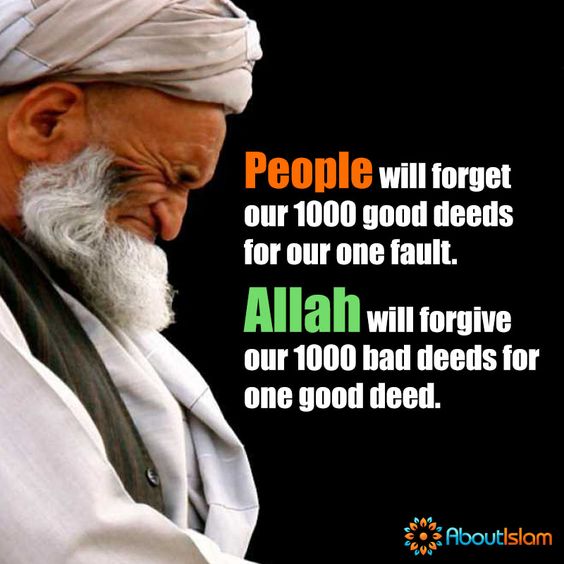 Allah wants humans to worship themselves for their benefit. If all humans worship Allah it makes no difference to him and even if everyone goes against him it’s still the same for him. Allah created us and gave us “free will”. This allows us to choose right or wrong. He sent his messengers including Noah, Moses, Jesus, Mohammed(peace be upon them all), to make us aware of himself and his expectation of choosing right over wrong. Allah says:

“Read in the name of your Lord who created – created man from a clinging substance. Read, and your Lord is the Most Generous – Who taught by the pen – taught man that which he knew not.” (Surah Al-‘Alaq, 96:1-5)

The first thing to do is to have a proper attitude. In Islam, “deeds” mean actions and spoken words, and that includes attitudes. Passing thoughts are not accountable. But an established attitude needs to be examined as it is defined in the dictionary to be: a settled way of thinking or feeling, and it influences a person’s choices and actions when taking up challenges, recognizing truths, seeking rewards, etc. So how can we change negative attitudes into positive ones? Allah says:

We need to live our lives aware of His care under His ruboobiyyah.

Worship is due to the Creator alone with ikhlaas:

This world is not a place of comfort and ease for man. He strives to survive, get his needs, and achieve his goals. His life is a process of continued exerting that never ends until he meets his Lord.

Learn the conditions for the acceptance of a deed, which are:

Allah created man in the best of forms, pleasing in appearance, and endowed with abilities, qualities, and intellect. It essentially implies that these favours have been given for a reason. As humans we are a higher species than animals; beings that can think, feel and make choices. Allah says:

From the stems of responsibility and accountability. The adjective form of human is “humane,” which means kind, gentle, compassionate, understanding, tolerant and good-natured. It is important to be humane first. But are we? If not a re-haul of our attitude is necessary. Allah says:

“We have certainly created man into hardship.” (Surah Al-Balad, 90:4)

We must eat from halaal food and not from food that was earned unlawfully, for it harms the very foundation required to purify the soul. We need to eat, dress, clothe and behave while keeping in mind our purpose in life and the limits as outlinedٌ for us by our Creator. Allah says:

“And if you should count the favours of Allah, you could not enumerate them. Indeed, Allah is Forgiving and Merciful.” (Surah Al-Hijr, 16:18)

No lying, no cheating, using polite language, humility, respect for elders, and sensitivity to humans, animals, plants – i.e., all living beings. It requires a value system based on Islam, not self-aggrandisement and pride in terms of lineage or the power, position, wealth, status, etc. that the world offers on a platter. Allah says:

“Indeed, the noblest of you in the sight of Allah is the most righteous of you.” (Surah Al-Hujurat, 49:13)

Man has been given imagination and vision. A man would naturally use his imagination and vision to make the world a better place for himself and his family. At the same time,e man is a social animal so they need to be interdependent, conscious of one others’ rights. It is impossible to create a human society without having an understanding of the norm of what is acceptable and what is unacceptable. Allah says:

“For each one are successive [angels] before and behind him who protect him by the decree of Allah.” (Surah Ar-Ra’d, 13:11)

So Allah sends religious guides as divine books and messenger to tell with authority what is good for mankind and what is bad. This religious guide settles most of the moral issues thus freeing people to enjoy life or work towards a more secure future. Allah says:

“No disaster strikes except by permission of Allah. And whoever believes in Allah – He will guide his heart. And Allah is Knowing of all things.” (Surah al-Taghabun, 64:11)

It means whoever suffered an affliction, knew that it occurred by Allah’s wisdom and decree, and then patiently awaits Allah’s reward – Allah will guide his heart and will compensate him for his loss in this life by granting him a certainty in faith. Teach your family religion and good behaviour. Allah says:

“O you who have believed, protect yourselves and your families from a Fire whose fuel is people and stones.” (Surah At-Tahrim, 66:6)

The Muslim must teach the family members of his household and his male and female servants what Allah has made obligatory and what Allah has forbidden. Allah says:

Indeed, Allah will not change the condition of a people until they change what is in themselves. (Surah Ar-Ra’d, 13:11)

Only a single-minded focus to change the present lethargic, casual, selfish, everything goes type of attitude to an attitude of: “I want to know the Truth, all of it, endeavour to live it, keep it as a top priority, and then remain steadfast on it and spread it” will heal the cancer of doubt, biased thinking, lack of basic knowledge and consequently, selective obedience.