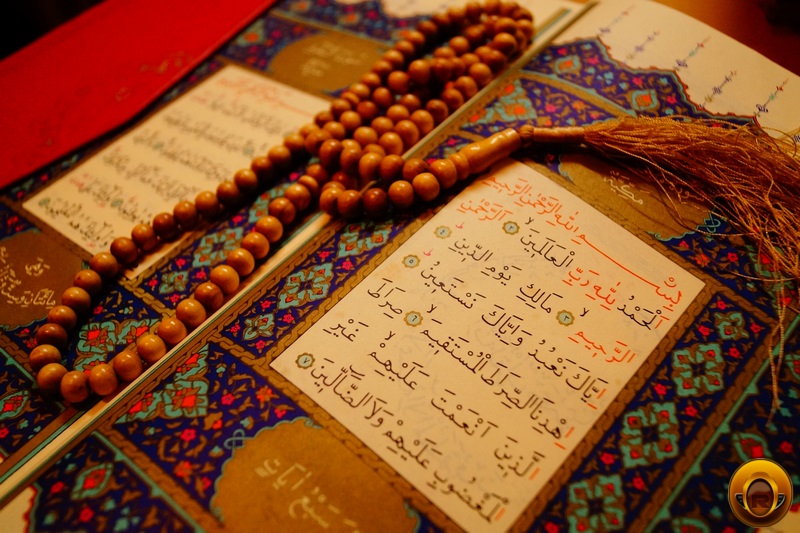 All praise is due to Allah, the Powerful, the Exalted in Might. Indeed, from Allah nothing is hidden and He is over all things Guardian. I bear witness that there is no deity save Allah, having no associates. I also bear witness that our Master and Prophet Muhammad is the Servant of Allah and His Messenger. May the peace and blessings of Allah be upon him, his pure blessed family and companions, and all those who follow them in righteousness till the Day of Judgment. Allah says:

“Then surely, I will come to them from before them and from behind them and from their right and they’re left, and You will not find most of them grateful.” (Surah Al-A’raf 7:17)

Shaitaan is always ready to stray us from the right path, we have to safeguard our Eeman. Just like we protect our houses and properties from a potential robbery when we come across news of thieves operating in the city. In the same way, we also have to take some defensive measures against this devil, as we cannot fight it, but we can only guard ourselves against it. Allah says:

“Only the Shaitaan intends to cause between you [the] enmity and [the] hatred through intoxicants and gambling and hinders you from (the) remembrance (of) Allah and the prayer. So will you be the ones who abstain?” (Surah Al-Ma’idah, 5: 91)

Every human has desires and temptations. Satan plays on this and convinces the man to indulge in instant gratification without considering the consequences. This inevitably leads to regret and humiliation, either in this life or on the Day of Judgement. Allah says:

A Muslim knows that only God can give it the power to resist sharr (sin) of the Lucifer from affecting its heart and soul. So, one must make a strict routine to think about the Greatness of the Dignified One, which will make it rely only on One Allah SWT. Shaitaan does not want us to offer Salah.

The Traps of Satan

Disbelief in the Oneness of God

The foundation of Islam is the belief in the Oneness of God – having no partner, equal, son or rivals. Conversely, the greatest sin is to ascribe partners or equals with Allah. Thus, by seeking refuge in Allah the Highest, we turn to Him, the One Who is competent to ward off the whispers of Satan, the disobedient and mischievous.

Thus, tempting mankind into disbelief is Satan’s main focus. However, if Satan cannot mislead people to commit clear acts of disbelief, he resorts to more subtle means, such as the belief in superstitions, good luck charms, astrology, and fortune-telling. Such beliefs contradict the fact that Allah alone has power and knowledge over all things, and is the Only One Who can bring benefit or harm. Allah says:

Take God`s name and ask for His guidance, it means that one can surely preserve itself from the harm of the demon by calling the name of the Exalted One. So, to be on the safer side, we need to pray to our Gracious Lord all the time for seeking His enlightenment to make us able to save ourselves from the evil spirits.

Ways To Resist The Devil

Here are some tips from the Quran and Sunnah for dealing with the evil of the enemy of mankind, Shaytan (Satan).

How to Defeat Satan

The first step is to recognize Satan as our enemy: if you know your enemy, you can defeat him. Satan’s power consists principally in his ability to deceive, so we need to understand his cunning tactics and approach, to better protect ourselves.

To ask Allah for His protection and to rely on Him alone for help, is a tool in defeating Satan. Surah Al-Falaq and An-Nas of the Qu’ran may be used to regularly seek protection from Satan and we should recite them. We must realize that as long as we are alive, Satan will never give up attempting to mislead us. We must always be on our guard and constantly ask Allah for guidance and protection.

When Allah forbade Adam from one particular tree, He did not say, Allah says:

We must, therefore, distance ourselves from anything that may lead to sinning.

How Should People Avoid Sins:

Similarly, in desiring to make people cease their obligatory religious acts, Satan initially convinces people to give up their optional acts of worship, which leads them to become lazy with the obligatory ones. He also tries to trivialize small sins, which eventually leads them down a slippery slope to major sins. Allah says:

Although Adam was surrounded by many permissible foods, Satan convinced him to eat from the tree which was forbidden. Similarly, Satan tricks people into forbidden acts instead of those which are permitted, such as fornication over marriage, music over the Qur’an, haram income over halal, and into the small percentage of prohibited food and drink over the vast majority that is wholesome and pure.

Satan will lure a person to invent wrong beliefs and practices into Islam which were neither ordained by God nor the Prophet Muhammad (peace be upon him). The belief that Islam is incomplete or imperfectly revealed by God, thus requiring innovation, is considered disbelief; because it is a rejection of what Allah has revealed. Satan presents sins to people in a favourable light, such as how he deceived Adam and Eve into eating from the tree. Satan whispered to Adam, saying, Allah says:

“Only the secret counsels (are) from the Shaitaan that he may grieve those who believe, but not he (can) harm them (in) anything except by Allah’s permission. And upon Allah let put (their) trust the believers.” (Surah Al-Mujadila 58:10)

O Allah, please grant the best reward for the families of the martyrs and offer them patience and solace. May Allah grant victory to the soldiers of the Arab Coalition who gathered to restore the rights to their owners. O Lord, please be by their side and guide the Yemeni people to everything good. O Allah, make them rally for the word of truth and legitimacy and bless them with welfare and stability, O the Most Generous. Allah says:

“Indeed, Allah and His Angels send blessings upon the Prophet. O you who believe! Send blessings on him and greet him (with) greetings.” (Surah Al-Ahzab 33: 56)

May Allah have mercy on the honourable martyrs of our nation and gather them with the ones upon whom Allah has bestowed favour of the prophets. May Allah make the dwelling of the martyrs, their families, parents, and relatives with the righteous. Indeed, You answer to the supplications.