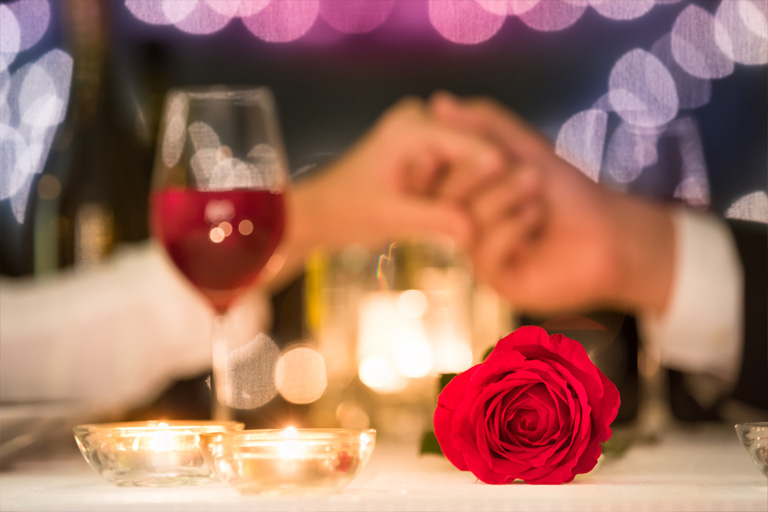 Islam is the religion of love, mercy, piety and maintaining relations. It promotes all kinds of love. One of the most important obligations upon Muslims is to become the ambassadors of Islam, showing its beauty through its manners, words, and actions. The love between a man and a woman is the first thing that comes to mind when we speak of love. Rather than prohibiting this kind of love, Islam encourages it within the sanctity of marriage. The foundation of marriage — love, compassion, respect, forgiveness, and understanding — is found in the Quran, Allah says:

Islam encourages us to extend affection and love for each other at all times. In Islam, the festivals are clearly defined and well established, and no additions or subtractions may be accepted. They are an essential part of our worship and there is no room for personal opinion. They have been prescribed for us by Allah and His Messenger (Peace and blessings be upon him). Allah says:

“Or think those who do evil deeds that they can outrun Us. Evil is what they judge.” (Surah Al-`Ankabut 29:4)

Love in Islam is more general and more comprehensive; it is not restricted only to one kind of love, that between a man and a woman. Maintaining good ties with non-Muslims and treating them with piety and kindness is a matter that is both encouraged and rewarded in abundance. God does not forbid us from maintaining good ties with non-Muslims, exchanging gifts with them or treating them kindly. Allah says:

“Allah (does) not forbid you from those who (do) not fight you in the religion and (do) not drive you out of your homes that you deal kindly and deal justly with them. Indeed, Allah loves those who act justly.” (Surah Al-Mumtahinah 60:8)

“Every nation has its own ‘Eid and this is our ‘Eid.” (Al-Bukhari)

On the other hand, Islam encourages strong bonds of love, community, and brotherhood and sisterhood among Muslims, and families, and does not restrict the expression of this brotherly, sisterly, martial, or familial love to just one day a year. Giving gifts has also been encouraged in Islam, and once again, not restricted to just one day.

Any wise person, even a non-Muslim, who has witnessed the life and its trials, will willingly and objectively attest to the absolute absurdity and superficial, flimsy foundation of Valentine’s Day. Businesses, on the other hand, capitalize on this day to earn as much revenue as possible by offering customized products and services, hence the hoopla around it. If we take the commercial aspect of Valentine’s Day out of the picture, this so-called “festival” does not have a single leg to stand on. Allah says:

“For every nation, We have made rite(s), they perform it. So let them not dispute with y in the matter, but invite (them) to your Lord. Indeed, you (are) surely on guidance straight.” (Surah Al-Hajj 22:67)

Islam maintains that Valentines Day doesn’t even come from the original Christian faith; that it is, in fact, a derivative of Roman paganism. Christianity incorporated the tradition focusing on romantic love between young teenagers into their faith. Allah says:

“Then (do) not they ponder (on) the Quran? And if it had (been) from other than Allah, surely they (would have) found in it much contradiction.” (Surah An-Nisa` 4:82)

In this way, Valentine’s Day promotes adultery and promiscuous relationships, which undermine and jeopardize the sanctity of marriage and the stability of the family unit. It leads to unnecessary expenditure and promotes fornication, drinking, and immorality. Lastly, this day compounds a sense of deprivation, loneliness, and low self-worth among those people who are single. Allah says:

Islam prohibits dating and sex outside marriage, both of which Valentine’s Day encourages. It is obvious, then, that a Muslim should not celebrate it. In most Muslim marriages, a husband might shower his wife with gifts, poems and other means consistently throughout the year. Expressions of love and emotion between them are unceasing and do not require festivals. Allah says:

“And (do) not be like those who became divided and differed after what came to them – the clear proofs. And those for them (is) a punishment great.” (Surah Al-Imran 3:105)

Love in Islam is a cherished ideal to be shared between people in general, for there are different kinds of love. Romantic love, specifically, is not something to be celebrated before marriage, because it consistently leads to immorality as defined by Islam. The husband who sincerely loves his wife does not need this holiday to remind him of his love. He expresses his love for his wife at all times and on all occasions.