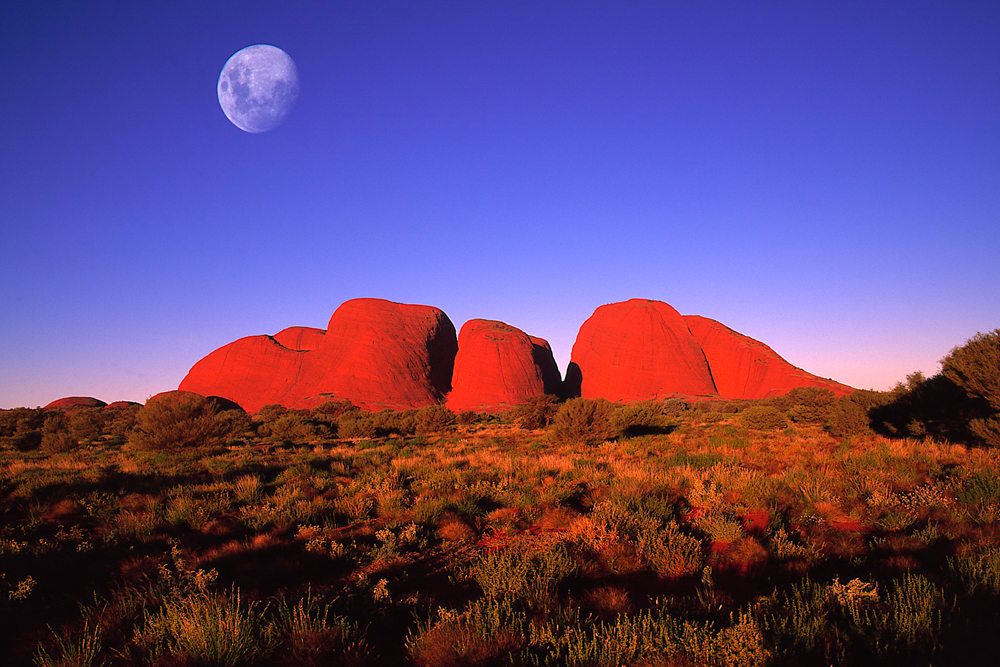 Uluṟu-Kata Tjuṯa National Park is a protected area located in Northern Territory of Australia. The park is home to both Uluru and Kata Tjuta. It is located 1,943 kilometres south of Darwin by road and 440 kilometres south-west of Alice Springs along the Stuart and Lasseter Highways.One of the most famous sanctuaries in Australia is the Uluru-Kata Tjuta National Park located in the northern part of Australia. It was founded in 1958.

Each year, the park is visited by more than 200 000 tourists. Unique historical and natural attractions are concentrated in its territory. A significant part of the reserve is occupied by the desert. However, here you can find almost the full range of plants that are documented in Central Australia.

Presiding over the parched, flat desert like a sacred sentinel, Uluru is an Australian icon. The aboriginal people have long revered this magnificent, mystical landmark. Today, tourists come here to stand in awe and soak up the stark beauty of the surrounding desert. Besides 348-meter-high Uluru, this World Heritage-listed national park is also famous for the dome-shaped rocks called Kata Tjuta (the Olgas). Dusk is the best time to view these natural wonders, when the setting sun ignites their deep, russet hues.

The national parks has numerous geological features. Researchers found out that about 500 million years ago there has been a sea in those places. Sandstone, which now covers more than half of the reserve’s territory, is nothing but the bottom of a prehistoric sea. One of the main landmarks of the reserve is the Mount Uluru known all over the world. It has been formed over 680 million years ago. The mount is characterized by an unusual oval shape and a rich orange-brown color. The rock looks particularly impressive at sunrise and sunset.