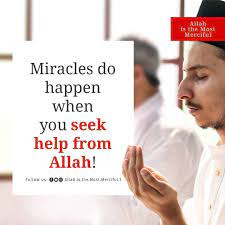 Tolerance is a basic principle of Islam. It is a religious and moral duty. It does not mean concession. It does not mean a lack of principles or a lack of seriousness about one’s principles. Sometimes it is advocated that people are tolerant of things that they do not care about. But this is not the case in Islam. Islam is a religion of compassion and preaches tolerance for all, irrespective of their cast colour and creed. Tolerance is manifest in every aspect of Islam as well as in every measure taken by the Messenger (PBUH). Allah says:

Tolerance means ‘’to bear.’’ As a concept, it refers to respect, acceptance, and appreciation of the rich diversity of cultures, forms of expression and ways of being human. Tolerance and patience are traits of the soul of every Muslim, a part of his Iman (belief) in the religion of Islam, acknowledging the unparallel sovereignty of our one and only true creator, called in Arabic as “Allah.”

We should tolerate human differences, here are some ways to  be tolerant:

Toler2ance is the gracious knot that binds the family, society and keeps the nation intact. We should impart to our children the quality of tolerance, and forgiveness because the family is the first school of privilege. We should more concentrate on this virtue of tolerance so that we can live a peaceful and happy life.  Allah says:

“Allah does not forbid you that you show kindness and deal justly with those who did not fight you in your religion and did not drive you out from your homes…” (Surah Al-Mumtahinah 60:8)

Muslims have been generally very tolerant people. We must emphasize this virtue among us and in the world today. Muslims must be kind to every individual, regardless of their race or religion. Muslims are allowed to keep good relations with non-Muslims.

Tolerance and patience are characteristic of true faith in Allah, good manners, and upright character. Islam, which is a religion that introduces and openly ensures freedom of thought and life, has introduced commands that prevent and prohibit tension, conflicts among people, talking against one another and even thinking of bad things about others. Let alone terror and violence, Islam prohibits putting even the slightest pressure on people’s thoughts.

Tolerance is a stepping stone that leads us to be good Muslims. Islam may tolerate anything but it teaches zero tolerance for injustice, oppression, and violation of the rights of other human beings. We can’t simply impose anything on them. The whole personality of Prophet Muhammad (SAW) demonstrates the implication of tolerance towards other minorities. Thus tolerance is the need of the hour today as it was yesterday. We must emphasize the need for this virtue among us and in the world. Alla says:

“Tell those who believe to forgive those who do not look forward to the Days of God: It is for Him to recompense each people according to what they have earned.” (Surah Al-Jathiya 45:14)

We should more concentrate on this virtue of tolerance so that we can live a peaceful and happy life. Muslims have been generally very tolerant people. We must emphasize this virtue among us and in the world today. Tolerance is needed in our communities. In this way, e can portray the real and very good image of our religion Islam. Every one of human beings has a right to choose their religion and see the rights and wrongs themselves.