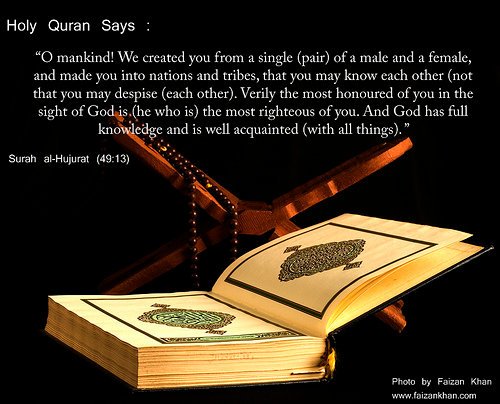 Islam is a religion that is guiding its followers in every step of their lives. Most of the Islamic teachings are based on some secrets that lead to a very happy, peaceful and secure life. Truthfulness is another such great type of Islamic character. Truthfulness and avoidance of lies are two basic characteristics of a true Muslim. Both of these things can’t stay in a single place. Truthfulness means to speak the truth habitually. A person always speaking the truth means he is an honest, trustworthy and faithful person. Allah says:

Truth is the oldest of all the virtues; it antedated man, it lived before there was a man to perceive it or to accept it. Truthfulness is the greatest and most important of all human virtues. Everyone will trust him and will also inspire by his good attitude. It may possible that many people try to follow him and especially the close companions of the person will also try to become like him. Allah says:

“And whosoever obeys God and His Messenger, such will be in the company of those whom God has blessed: the Prophets, the truthful ones, the martyrs, and the righteous. And how excellent a company is such people!” (Surah An-Nisa 4:69)

For a truthful person, there are many rewards that he can observe even in this world. People who always try to speak the truth become trustworthy, people always praise him, they respect him, and they respect his opinions and views. They believe in his statement and give him honour. For any person, it is a very good experience that he become popular for his good deeds. Almighty Allah ordered the believers to tell the truth and urged them to be among the truthful. He revealed too many verses about truthfulness in His Book. Allah says:

Truthfulness is the backbone of any peaceful and sincere society. If all Muslims try to adopt this great and basic character, there is no doubt and no hurdle in the way of their success. In short, truthfulness itself is a big solution to many problems like cheating, fraud, misrepresentation, theft and many other bad habits and sins.

A truthful man will never tell a lie. He always says what he means. I have experienced that in speech, the man who makes Truth his watchword is careful in his words, he seeks to be accurate, neither understating nor over-colouring.  Truthfulness is an essential attribute of every single prophet who graced the earth. truthfulness is something that is to be cultivated till it becomes implanted in a person’s soul and disposition and therefore reflected throughout the person’s character. Allah says:

Telling yourself the truth can be the best habit you can develop, and asking questions and talking things through with yourself can be the easiest and quickest way to establish this habit. As for the Next Life, through God’s Grace and Mercy, the obedient ones – practitioners of truthfulness – will reach a station in Paradise alongside those most fortunate of souls mentioned in the revelation. Allah says:

Truth has great power and it is the rock foundation of every great character.  No one likes to tell lie but we feel being dishonest with others and ourselves is sometimes easier than telling the truth. In life, learning to be honest and eliminating the need for lies can help to clean up your conscience and your relationships.

Sometimes we feel that our confidence lives with us and it is a permanent part of who we are but with enough lies, we keep the greatest force of confidence silent. Truthfulness has proven to be a more successful life strategy than lying. A truthful man has the strength of mind. He is not afraid of anybody. He is never ready to suffer by speaking the truth. Allah says:

“That Allah may reward the truthful for their truth and punish the hypocrites if He wills or turn in mercy to them. Indeed, Allah is Oft-Forgiving, Most Merciful.” (Surah Al-Ahzab 33:24)

Hence, to tread the path of truthfulness is to tread the path of the most righteous of God’s creation. Telling the truth is key for all doors and kinds of goodness that lead to Paradise. Faith (Iman) and lying are two different characters, one is good and the other is bad. They can never exist together in the heart of a true believer. As such, truthfulness is the very cornerstone of the upright Muslim’s character and the springboard for his virtuous deeds. Allah says:

“It is only those who believe not in the Ayat (proofs, evidence, verses, lessons, signs, revelations, etc.) of Allah, who fabricate falsehood, and it is they who are liars.” (Surah An-Nahl 16:105)

A man continues to be truthful and strives for truthfulness until he is written as a truthful person with God. As Muslims and true believers, we should tell the truth, adhere to it and follow a good example of the Prophet (PBUH). We ask Allah to make us truthful secretly and openly and forgive our sins. We ask Allaah to make us sincere and truthful in word and deed. And Allaah knows best. Ameen