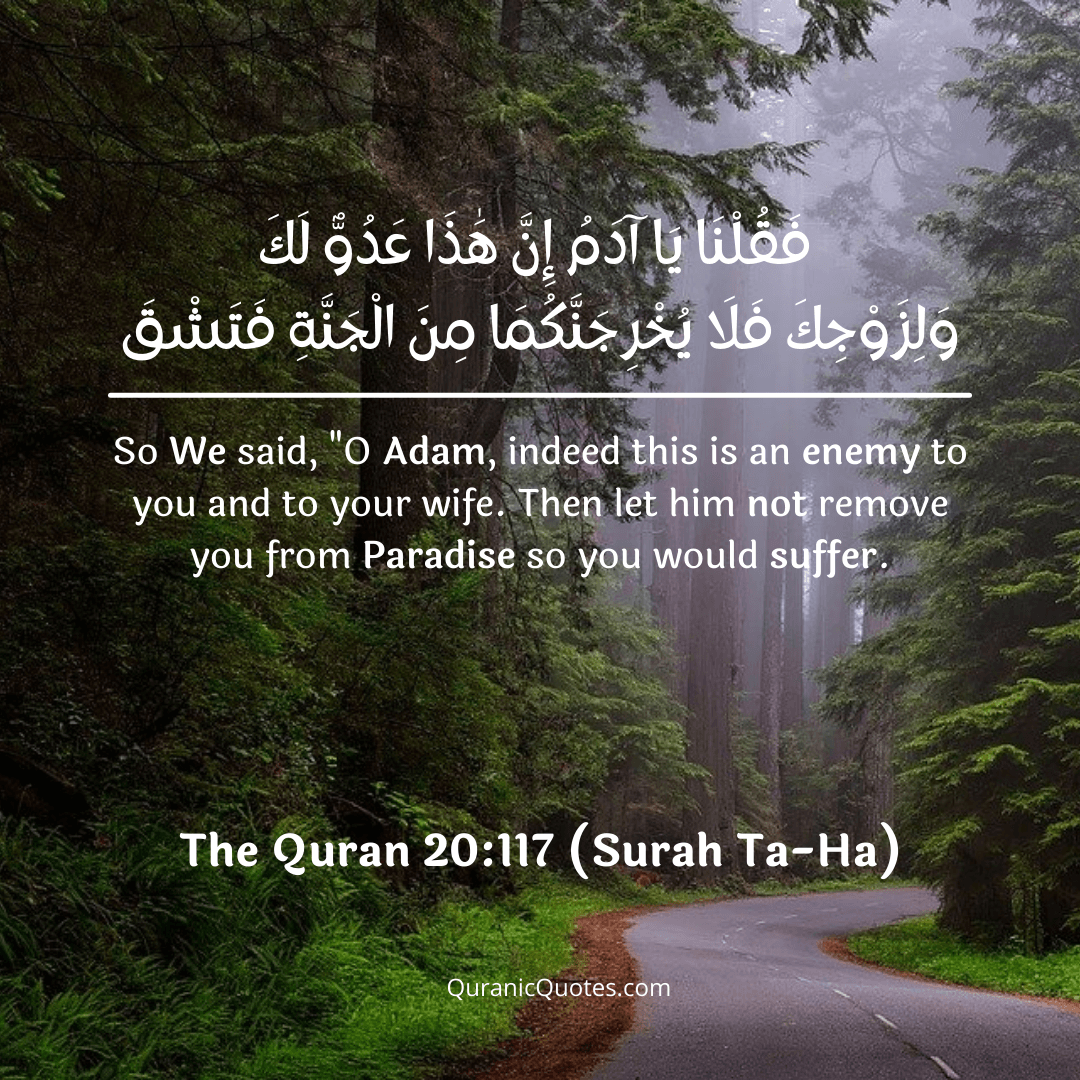 The first human being Allah created on the earth was Adam (PBUH). Later Eve was created as a spouse for him. Humankind was generated from them. Prophet Adam (AS) was the first human ever created on Earth and is regarded as the father of the human race. His wife ‘Hawwa’ is similarly referred to as the ‘mother of mankind’. Prophet Adam (AS) is the physical as well as the spiritual father of humankind. Adam lived for about 1000 years after creation. Allah says;

“O Adam, both you and your spouse live in the Paradise, eat freely to your fill wherever you like, but approach not this tree or you will become transgressors/wrongdoers.” (Surah Al-Baqarah 2:35)

Prophet Adam’s (AS) story teaches us about the origins of humankind. Adam’s role as the father of the human race is looked upon by Muslims with reverence. Muslims also refer to his wife, Hawā, as the “mother of mankind. Quran says that God commanded Adam and Eve not to eat from one tree in the garden, but Satan was able to convince them to taste it. For this, God banished Adam and Eve to earth. Allah says:

Then, Satan whispered to them to expose their nakedness, which had been hidden from them, and he said, “Your Lord has forbidden you this tree so that you do not become angels or immortal.” (Surah Al-Araf 7:20)

God ordered the angels and the jinns to bow down before Adam. The angels obeyed this commandment of God, but Satan, who was the head of the jinns, refused to obey this order. Satan arrogantly accepted the punishment of Allah and he only begged Him to be given the opportunity for eternal life until the Day of Judgment. Allah approved his petition and Satan was allowed eternal life until the day of resurrection.

Here are some interesting facts about Adam and Eve:

Adam knew that on earth, he had to face conflict and struggle. He had to protect himself, his wife and his children from earthly creatures and hardships but above all, he had to struggle with the spirit of evil. The battle between good and evil is continuous but Adam knew that those who follow Allah’s guidance should fear nothing while those who disobey Allah and follow Satan will be damned along with him. Allah says:

Adam and Eve understood that they were forbidden to eat the fruit of that tree. Adam was, however, human and man tends to forget. Satan summoned all the envy within him and took advantage of Adam’s humanity to exploit it. One day Adam picked one of its fruit and offered it to Eve. They both ate the forbidden fruit of the tree. After realizing that they both have violated Allah’s warning. Allah told them that the earth would be their realm and origin where they would live and die.

The story of Adam and creation is pieced throughout the Quran, Allah Almighty says:

Allah placed Adam in charge and gave him the knowledge required to carry out his responsibility. Man was created different from angels, possessing free will and blessed with the knowledge to fulfil his duties on earth. Allah equipped Adam with language and communication skills, along with reasoning capacity. The children of Adam and Eve were born twins, that is, every baby boy was born together with a baby girl. Allah says:

“Go, all of you. When I send guidance, whoever follows it will neither have fear nor regret.” (Surah Al-Baqarah 2:38)

Adam, along with Eve, started his life on earth. He knew that he was master of the earth and had to make it yield. He was the one who had to perpetuate, cultivate, construct and populate the earth. He also had to procreate and raise children who would change and improve the earth. Time on Earth went on, Prophet Adam grew steadily.

God commands the angels to bow down to Adam. All obey, except for Iblis, who feels that he is made from fire, and should not be bowing to Adam who was created from earth. His disobedience of God’s command followed by his pride caused him to fall out of God’s favour. Allah says:

“Adam and Eve feel a lot of remorse for their actions, but God turns to Adam in mercy and consoles him.” (Surah Al-Baqarah2:37)

Allah sent the Holy Quran as a mercy for humans. It’s a universal book of Guidance. Faith in Allah Is the cornerstone of a Muslim, and this belief helps in crossing any hurdle in life successfully. A strong faith rekindles positivity in humans and helps maintain a stronger bond with Allah and His creation. However, Allah had a plan, which was that humans would continue to inhabit the Earth. Allah says:

“A Book has been revealed to you. Let it cause no anxiety in your heart, as you will use it to warn and remind the believers.” (Surah Al-Araf 7:2)

Adam, the first human being and the first prophet, was also the first prophet to pass away from this world, after having lived for approx. thousand years. According to different narrations, Eve died one or two years after the death of Prophet Adam and was buried near him.