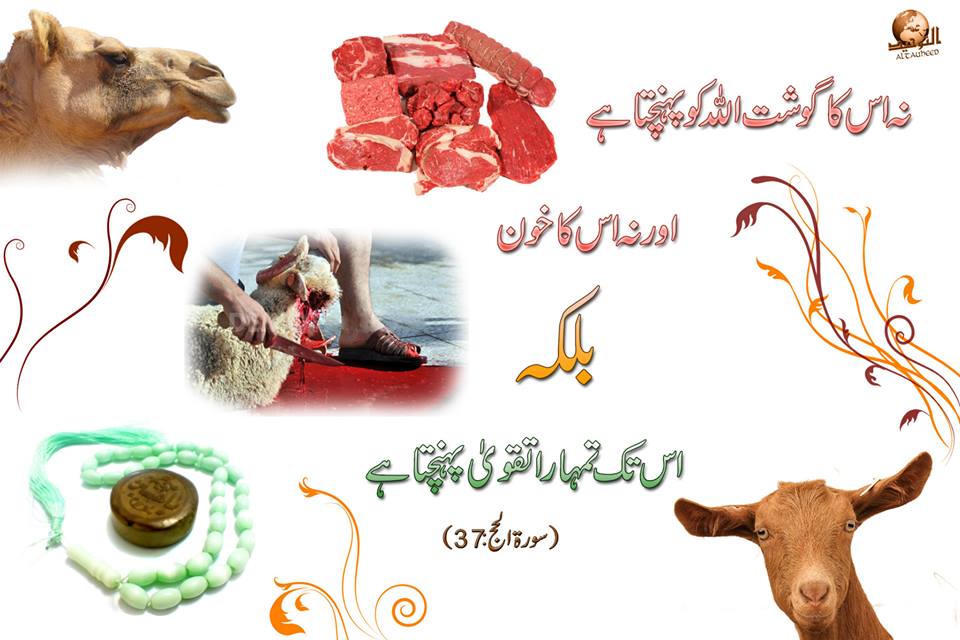 Qurbani (Udhiyah) is one of the most religious rituals of Islam that every financially stable Muslim needs to perform for the sake of Allah Almighty. Qurbani or Udhiyah as it is widely referred to is a significant religious practice in Islam performed all over the world by billions of Muslims on Eid-ul-Adha and the two days following it. For the sake of clarity and to inform those who are not familiar with the concept, it is the practice of slaughtering an animal, usually a sheep, goat or cow, as an offering to Allah. Allah says:

“Indeed, Allah will admit those who believe and do the righteous deeds, (to) Gardens flow from underneath it the rivers. They will be adorned therein with bracelets of gold and pearl, and their garments therein (will be of) silk.” (Surah Al-Haj 22:23)

Saying the Takbeer at the time of sacrifice is paramount to ensuring a successful and acceptable Qurbani. Bismillahi Allahu Akbar (in the name of Allah, Allah is Great) are the correct words to say at that moment. It is not necessary to say these words out loud.

Conditions and Rules Regarding Qurbani (Udhiyah)

Below mentioned are some conditions and rules regarding Qurbani (Udhiyah) that we all should know about:

How does Ehsaas give your Qurbani?

Who is obliged to offer Qurbani?

Can a Qurbani be made on behalf of someone else?

Qurbani takes place after offering the Eid prayer mostly on the 10th of Zil Hajj and two days following it. In the Holy Quran, Allah Almighty says:

“Therefore turn in prayer to your Lord and sacrifice (to Him only).” (Surah Kauthar, 108:2)

With Eid-ul-Adha just a month or so away, it is important that Muslims who will be performing Qurbani for the first time this year get it done properly. May Allah SWT give us the opportunity to perform Hajj next year Inshallah. May he accept our sacrifice as a testament to our faith and belief. Ameen!