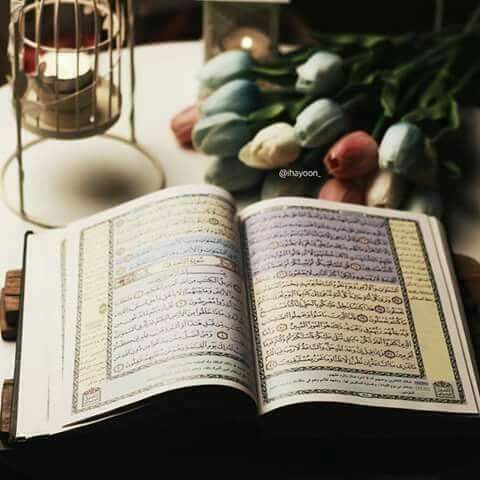 Sectarianism and partisanship are among the worst sins in Islam. Religion was revealed and bestowed upon humanity to provide principles for mutual respect, cooperation, and brotherhood between different tribes, countries, and nations. When we practice religion as it should be, it will lead to greater unity within a diversity of people. The Quran goes to great lengths to stress the need and obligation of Muslim unity. For instance, it states in a celebrated verse: Allah says:

“Hold firmly to the rope of Allah all together and do not become divided.” (Surat Ali Imran 3:103)

On the contrary, when we mix religion with selfish desires, worldly ambitions, and ignorance it will lead to disunity, sectarianism, and even violence. Allah has blamed those who use religion as a means to divide people, as they have nothing to do with Islam and are on the verge of falling into idolatry. Allah says:

“Turn in repentance, be mindful, and establish prayer. Do not be among those who commit idolatry, those who divided their religion and became sects, each party rejoicing in itself.” (Surah Ar-Rum 30:31-32)

The Prophet stated: “My Ummah will divide into seventy-three different sects, only one sect will be ahl an–Najat (people of salvation)”.

When the Prophet (PBUH) stated this hadith, the honoured companions asked him: “ O, Messenger of Allah! Which one will be that saved sect?

He replied: “ Those who do not quit my Sunnah will be saved! That is, the Ahl as-sunnah and the congregation.

In a hadith of the Prophet (PBUH) narrated by Abu Hurayra, the Prophet stated: “…My Ummah will divide into seventy-three different sects, all of which will be in Hell except the saved one ( Firqa an-Najiyah). He also described Firqa an-Najiyah to the Honored Companions who asked about it: “Those who follow my path and follow the path of Honored Companions who follow my path”.

And surely this your religion is one religion and I am your Lord, therefore be careful (of your duty) to me. But they cut off their religion among themselves into sects, each party rejoicing in that which is with them.” (Surah Al-Mu’minun Chapter 23, Verses 52 & 53)

It’s extremely sad that many Muslims recite the Qur’an on a daily basis and yet when it comes to learning from it and taking its instructions to heart, many of us simply fail. In fact, we have many Muslims that have either memorized the whole Qur’an cover to cover, or are currently focusing and working hard on memorizing it. But how many of us are working hard on implementing and understanding the Quran in our daily lives? It truly brings what the Prophet peace be upon said to the companions about the end of time to a vivid realization for anyone reflecting upon it:

When it comes to the above-mentioned verse, Imam Al Qurtubi mentions in his commentary Al Jami’ Li Ahkam Al Quran that the verse is understood in light of the narration from the Prophet peace be upon him in which he said:

This narration was reported by Abu Dawood and it ended at that point. At’Tirmithi narrated it and had an addition that was missing in which the companions may God be pleased with them asked the Prophet peace be upon him:

And who shall it be o’ Messenger of God? He said: What I’m upon and my companions

To drive this point home, the Prophet peace be upon him said in another narration:

Follow my way and the way of the rightly guided caliphs after me, and hold on to this with your teeth, and beware of innovated matters (in the religion) because every innovation (in the religion) is a misguidance

Furthermore, Imam Malik may God be pleased with him used to quite often say:

The best of religious matters is what was in accordance with the Sunnah, and the most evil of matters are the newly innovated ones (in the religion)

Therefore, Muslims who remain loyal to the Sunnah of the Prophet (PBUH) written in the books will be the Ahl an-Najat, that is, the saved sect. As long as they do not quit sunnah, accept it as the sole criterion and do not neglect to perform them personally. Allah says:

“Verily, those who have divided their religion and become sects, you have nothing to do with them. Their affair is only left to Allah, then He will inform them about what they used to do.” (Surat al-An’am 6:159)

All Muslim sects happily claim that their sect is the ‘saved one’ (Naji) and the ‘others’ are destined for hell. This hadith, if we were to follow the traditional line of argument, divides the Muslim Ummah into two sections: the saved ones and the hell-bound ones. Allah says:

“Turn in repentance, be mindful, and establish prayer. Do not be among those who commit idolatry, those who divided their religion and became sects, each party rejoicing in itself.” (Surah Ar-Rum 30:31-32)

Few people ask why the number 73, and where it comes from. Luckily, there is now a tendency to see this hadith in a more objective way, beyond sectarian interpretations. There is an attempt to see the sects more in a pluralistic and inclusive light than in exclusive ways. In recent times, attempts have been made to unravel the context of this hadith and examine its implications. Allah says:

“If they cannot respond, then know that they are merely following their whims and caprices. Who can be more astray than he who follows his lusts and fancies, deprived of all guidance from God? God surely does not guide people given to wrongdoing and injustice.” (Surah Al-Qasas 28:50)

The most frequently cited hadith regarding the 73 divisions of the Muslim faith is reported as the Jews are divided into 71 sects (firqa), the Christians into 72 sects and my community will divide into 73 sects (Ibn Majah, Abu Daud, al-Tirmidhi and al-Nisa’i). The hadith also occurs in many other versions as well. Allah says:

“What Allah restored to His Messenger from (the) people (of) the towns, (it is) for Allah and His Messenger and for the kindred and the orphans and the needy and the wayfarer, that not it becomes a (perpetual) circulation between the rich among you. And whatever gives you the Messenger, take it and whatever he forbids you from it, refrain. And consciously revere Allah. Indeed, Allah (is) severe (in) penalty.” (Surah Al-Hashr 59:7)

In other words, the united community follows the inherited legacy of the Prophet, his companions, and the righteous scholars. They act upon the wisdom of the prophetic traditions while understanding them in light of the jurisprudential method and principles derived by the scholars. When appropriate, they apply the values, principles, and moral reasoning to find Islamic solutions to new social problems.

There are two main causes for people to break away from the united community. First, there are those who abandon the scholarly legacy, such as the violent Kharijites, which leads them to persecute other Muslims in the name of religious reform. These are the religious innovators, those who change religion and prevent people from practising it as it should be. Second, there are those who foment aggression and hatred between Muslims for some worldly or political end.

The majority of Ahl as-Sunnah and Jamaah are in agreement about certain principles of the elements of the religion.:

“Say (to them, O Messenger): “If you indeed love God, then follow me, so that God will love you and forgive you your sins. ” God is All-Forgiving, All-Compassionate.” (The Qur’an, Aal-‘Imran, 3:31)

The Prophet stated that those who believed in these principles would benefit from the blessings of this religion as a Muslim and become a believer and those who denied one or all of them would become neither a believer nor a Muslim but a denier. In a number of verses in the Qur’an, this right path is pointed out and it is also pointed out that this right path is the path of the Prophet (PBUH) :

“Certainly, it is for you in (the) Messenger (of) Allah an excellent example for (one) who has hope (in) Allah and the Day the Last, and remembers Allah much.” (Surah Al-Ahzab 33:21 )

Let there be no bloodshed just because one sect believes and practices its faith in a particular way. All are seeking the truth. The Quran refers to this positive outlook in many verses and an example is: “… if thy Lord willed, all who are in the earth would have believed together. Wouldst thou (Muhammad PBUH) compel men until they are believers? It is not for any soul to believe save by the permission of Allah. He hath set uncleanness upon those who have no understanding” (10:99-100). Heaven and Hell are none of anyone’s business but God’s. So each of us should mind our own business and work on rectifying our states.

“There will emerge some people in my nation who will be dominated by these desires just as rabies dominates its patient.” (Sunan Abī Dāwūd 4597)

In sum, the Prophet told us that the Muslims would split into many different sects while only one would be saved from the Hellfire. The saved group are those who follow the inherited scholarly legacy, the authentic traditions of the Prophet, and the principles and methods derived by the righteous scholars. Not only that, but the saved group also acts according to the moral values that underpin the sound Islamic creed.