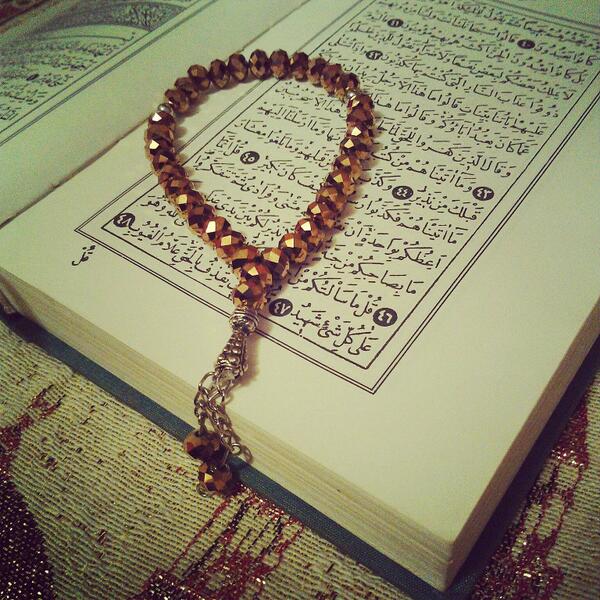 A moral sense is inborn in man and, through the ages, it has served as the common man′s standard of moral behaviour, approving certain qualities and condemning others. While this instinctive faculty may vary from person to person, human conscience has consistently declared certain moral qualities to be good and others to be bad. Dignity, restraint, politeness, and friendliness have throughout the ages been counted virtues, whereas snobbery and rudeness have always been looked down upon. Allah says:

Morality generally refers to a code of conduct, that an individual, group or society holds as authoritative, in distinguishing right from wrong. Islam as a complete way of life encompasses a complete moral system that is an important aspect of its world-view. We live in an era where good and evil are often looked at as related concepts. Allah says:

“And the servants of the Most Merciful are those who walk upon the earth in modesty, and when the ignorant address them [harshly], they say [words of] peace.” (Surah Al-Furqan 25:63)

Justice, courage, and truthfulness have always found praise, and history does not record any period worth the name in which falsehood, injustice, dishonesty and breach of trust have been praised; sympathy, compassion, loyalty, and generosity have always been valued, while selfishness, cruelty, meanness, and bigotry have never been approved of by society; men have always appreciated perseverance, determination, and courage, but never impatience, fickleness, cowardice, and stupidity. Allah says:

“The believers are those who do not call upon another god alongside Allah or kill the soul which Allah has made sacred except by right of justice.” (Surat al-Furqan 25:68)

People with a sense of responsibility and devotion to duty have always won the highest regard, those who are incompetent, lazy and lacking in a sense of duty have never been looked upon with approval. Allah has given this freedom to man because it is basically his test of how he will live his life that is according to the way that Allah described or the other that is evil. Allah says:

Here is some  Moral Importance in Islam:

The most fundamental characteristics of a Muslim are piety and humility. A Muslim must be humble with God and with other people of us are a concern only with our own comfort and conveniences and us have no basic abhorrence and aversion to the injustice, impropriety, dishonesty, and selfishness, which constitute the foundation for the type of behaviour which gives rise to the sufferings of the common man. Allah says:

And He inspired it (to distinguish) its wickedness and its righteousness.” (Surah Ash-Shams 91:8)

Individuals who are honest, sincere and dependable, whose deeds match their words, who are content with their own rightful possessions, who are prompt in the discharge of their obligations to others, who live in peace and let others live in peace, and from whom nothing but good can be expected, have always formed the basis of any healthy human society. Islam is that the universe is the creation of Allah who is One. He alone is its Master, Sovereign, and Sustainer, and it is functioning under His command. Allah says:

Islam generates kindness, generosity, mercy, sympathy, peace, and truthfulness towards all creation in all situations. Islam is a complete code of life that describes each and everything we required to live an ideal life according to the teachings of the Quran. Islam, however, defines a universal standard by which actions may be suspect moral or immoral. Allah says:

Almighty Allah with His great wisdom could have made such a system that teaches humans how to deal with every aspect of their lives. Almighty Allah made a complete and integrated system. If you want a successful and happy life, then simply apply Islam to it, and you will have wonderful results. On the basic moral characteristics, Islam builds a higher system of morality. Allah says:

“O you who have believed! Do not enter houses other than your own houses until you ascertain welcome and greet their inhabitants. That is best for you; perhaps you will be reminded [i.e., advised].” (Surah An-Nur 24:27)

Morality in Islam addresses every aspect of a Muslim’s life, from greetings to international relations. It is universal in its scope and in its applicability. Islam is not a man-made system; it is the religion of Allah. He made it complete and integrated. If you want a successful and happy life, then simply apply Islam to it, and you will have wonderful results.  We have to implement these Moral values and Ethics in our life. May Allah give us the strength to live our lives according to the teachings of Almighty Allah.