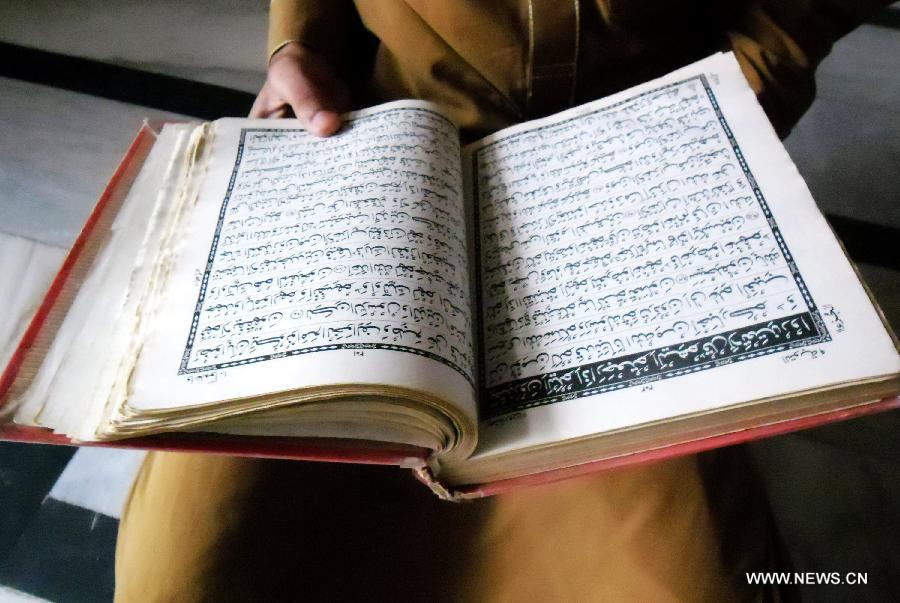 In this world, nothing can be had without labor. In fact, it is labor and industry, which has contributed to the progress of civilization. Where would the world have been today if no one had worked, certainly it would have been dark, the unshaped heap of different objects. Due to the existence of labor now the world is in beautiful shape. A unique feature of Islamic labor provisions is the dignity of the laborers. Islam teaches that all people are equal and should be respected and treated equally. Allah says:

Islam is the religion of nature it shows the perfect way of life. Labour has got a lot of importance in Islam. In a tradition Holy Prophet (Peace be upon him) said “The Labour is the friend of God” it shows that how much importance Islam is giving to the Labour. Allah says:

“O mankind! Indeed, We created you from a male and a female and We made you nations and tribes that you may know one another. Indeed, (the) most noble of you near Allah (is the) most righteous of you Indeed, Allah (is) All-Knower, All-Aware.” ( Surah Al-Hujurat 49:13)

The economic cycle in Islam and in general consists of three aspects: production, distribution, and consumption. Every aspect has its own stakeholders that play their own important roles to make sure the economics are growing by the day. Production is the parts where goods are made, for the sake of the consumers and under the economic purpose. Islam is a religion that particularly pays attention to laborers, as they are one of the important parts of the production process.

The Concept and Nature of Labour in Islam:

Islamic teachings might have appeared prominently in labor and employment laws in Muslim countries. Despite that, the labor and employment laws of Muslim countries do not fully reflect the Islamic provisions of labor relations. Islam, as a complete code of life of a Muslim, can have a notable impact on modifying and accepting labor laws in Muslim countries that may not only comply with the international labor standard but also make convenient provisions for improving the standard of living of general laborers.

Besides becoming the important parts of the society, and the rights that need to be fulfilled by employers and society, the labors also have some obligations too, as listed below:

Labour is highly valued in Islam. Labour is a form of worship. Islam considers labor as a virtuous endeavor. It is mandatory upon every people who have the ability to do any work. Islam plays a significant role in the protection and promotion of labor rights. On the other hand, the remarkable aspects of Islamic labor provisions are that it clearly identifies the duties of workers and thus creates a balance in the labor environment. Islam says about almost all kinds of labor rights.

The Prophet said: ‘Verily, Allah loves that when any one of you does something he does it perfectly.’ (Al Bukhari)

Brotherhood is one important thing in Islam and should be considered as a gift from Allah SWT. We have to appreciate and grateful for the laborers as their work hard benefited us. This is a good opportunity to create a strong bond between us and the laborers by sending each other prayer and good wishes. Allah says:

“And to Madyan, his brother Shuaib. He said, “O my people! Worship Allah, not for you any god other than Him. Verily, it has come to you a clear proof from your Lord. So give full [the] measure and the weight and (do) not deprive [the] people in their things and (do) not cause corruption in the earth after its reformation. That (is) better for you if you are believers.” (Surah Al-A`raf 7:85)

Islamic instinct provides that all the efforts and actions Muslims will be rewarded or punished in the hereafter. This concern for the other world makes the persuasions stronger than just legal injunctions. But it also needs to be kept in mind that Islam puts equal stress on the importance of legal provisions. The clear stance of Islam is that legal provisions must have moral and ethical supports in order for it to be effective.