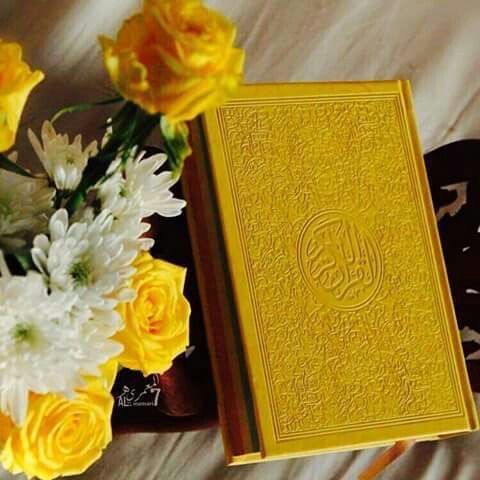 Good Behaviour provides us with a stable and flawless set of values that remain unaltered under all circumstances. Moreover, by making the “pleasure of God” the object of man’s life, the highest and noblest objective is set before humanity. Islam’s fundamental attitude toward life, the universe and of man’s place therein determines the real and ultimate goal which should be the object of all the endeavours of mankind and which may be termed briefly as “seeking the pleasure of God”. Allah says:

“Like behaviour (of the) people (of) Firaun and those from before them. They denied Our signs, so they were seized by Allah for their sins. And Allah (is) severe (in) [the] punishment.” (Surah Al-Imran 3:11)

Good Behaviour is a collective name for voluntary actions. A voluntary action is an action that a man could have done differently if he had so chosen. Allah has created us and given us countless gifts so that we may live happy and peaceful life. Good Behaviour stipulates for man a system of life that is based on all good and is free from all evil. It is, therefore, our duty to thank Him and worship Him.  Allah says:

Life is full of trials that an individual must face with patience. Patience is basically when a person restrains himself from being fearful during hard times. Patience is to keep ourselves on the right track, constantly remind ourselves of what others have been through. Patience is of best from deeds and has a great reward with no limit.

How should a true Muslim behave with anyone:

Good Behaviour stipulates for man a system of life that is based on all good and is free from all evil. Dignity, restraint, politeness, and amiability have throughout the ages been counted among virtues, whereas snobbery, misbehaviour, and rudeness have never found recognition as good moral qualities. Allah says:

“Only we feed you for (the) Countenance (of) Allah. Not we desire from you any reward and not thanks.” (Surah Al-Insan 76:9)

Here are some qualities of true believers in Islam:

Below are the words of the Holy Quran these are  the chief qualities a Muslim should display:

Good Behaviour in Islam covers the smallest details of domestic life as well as the broad aspects of national and international behaviour. It guides us in every stage of life. Good Behaviour will be a day of mourning for the community and a bad day for the entire world if the efforts of this very community were at any time directed towards establishing evil and suppressing good. Allah says:

Good Behaviour provides us with a stable and flawless set of values that remain unaltered under all circumstances. Dignity, restraint, politeness, and amiability have throughout the ages been counted among virtues, whereas snobbery, misbehaviour, and rudeness have never found recognition as good moral qualities.

Here is what the Quranic verses teach us about behaving, Allah Almighty says in The Holy Quran:

“Humbled their eyesights, will cover them humiliation. That (is) the Day which they were promised.” (Surah Al-Ma`arij 70:44 )

Haqooq Al-Ibaad primarily deals with how we behave in our daily routines. Controlling our anger, helping others, talking to family and friends nicely and other aspects are what build our nature and reflect on how we behave. The moral sense is inborn in man and through the ages it has served as the common man’s standard of moral behaviour, approving certain qualities and disapproving others. Allah says:

“(It) may be that your Lord (may) have mercy upon you. But if you return, We will return. And We have made Hell, for the disbelievers, a prison-bed.” (Surah Al-Isra` 17:8)

A believer is one who deserves Allah’s pleasure and for him, there will be a good life and happiness in this world and the Hereafter. Islam sheds great importance on behaving during our lifetime. It invokes the people, not only to practice virtue but also to establish virtue and eradicate vice, to bid good and to forbid wrong. Allah says:

Muslims understand that Islam and the Holy Book Quran is a complete package that tells us how to spend our lives in the best manner. The life of the Prophet Muhammad (PBUH) reflects the teachings of the Quran and Allah. Muslims always remember Allah in all his matters and most of the time.