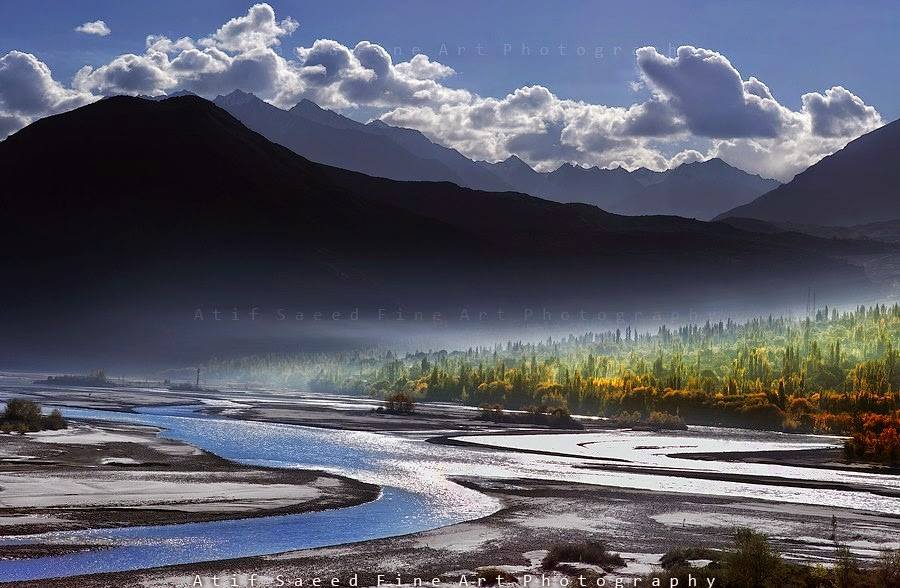 The Shyok River (basically “the river of death” in Yarkandi Uyghur) flows through the place of northern Ladakh in the state of India and the Ghangche District of the Gilgit–Baltistan province, spanning few 550 kilometers (340 mi).The Shyok River, a tributary of the Indus River, originates from the Rimo Glacier which is believed to be one of the tongues of Siachen Glacier. The river spreads at the confluence with the Nubra River.

The alignment of the Shyok River is very strange, beginning from the Rimo glacier, it flows in a southeasterly direction and, merging with the Pangong range, it takes a northwestern turn, running parallel to its initial path. The Shyok runs in a wide valley, instantly stepping into a narrow gorge after Chalunka, continuing through Turtuk and Tyakshi before crossing into the state of Pakistan.

The Shyok merges with the Indus at Keris, to the direction of east of the town of Skardu.The Nubra River, beginning from the Siachen glacier, also pretends like the Shyok. Before Tirkit, the SE flowing river Nubra takes a NW side on joining the river Shyok.

The resemblance in the courses of these 2 primary rivers probably shows sequences of paleo fault lines trending NW-SE in delimiting the upper courses of the rivers. The significance of the Indus and the Shyok rivers is in the deposition of the dense Quaternary sediments—a treasure trove for the researches of geology.