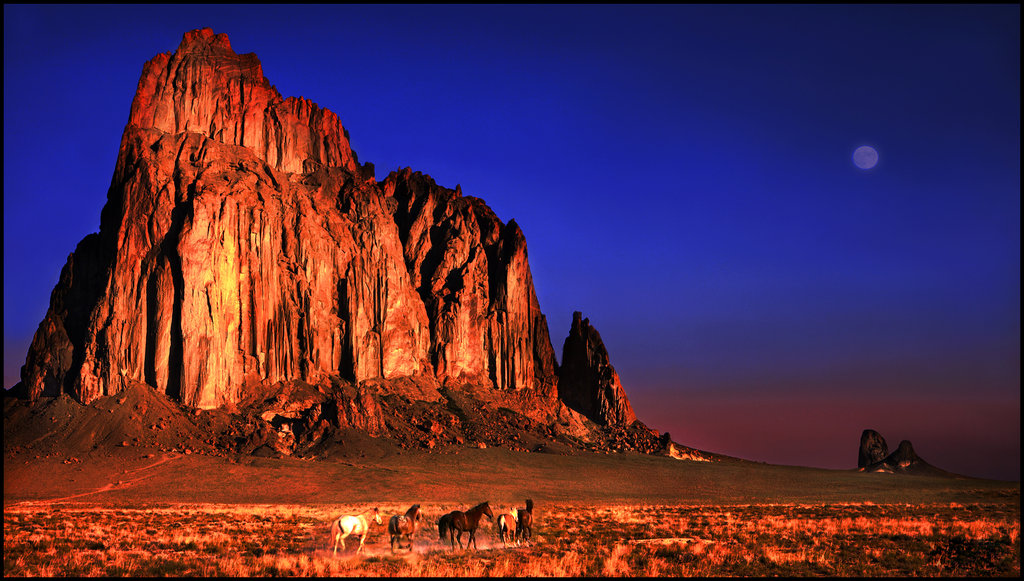 Rising high above the surrounding desert, the rock formation known as Shiprock has long been a point of fascination.This striking volcanic plume was formed around 30 million years ago, developing as a plug within the vent of an active volcano. Over time, the rest of the volcano eroded away, leaving the  jagged outcrop all alone in a vast expanse of plain. At over 1500 feet, it’s the tallest structure for miles and miles.

The structure is an epicenter of legend within the Navajo culture. Called “the rock with wings,” myth says that the Shiprock was a piece of land that became a bird, carrying the ancestral people of the Navajo on its back. At sundown, the enormous creature settled in its current desert location and promptly turned back to stone. The newly-arrived people settled on the rock’s peak, leaving only to collect food and water.

However, one day the outcrop was unexpectedly struck by lightning, stranding members of the tribe among its shards. Since then, the rock has been forbidden to people, who may disturb the ghostly spirits of those left behind.Although the steep, perilous sides of the Shiprock were once considered a great prize among rockclimbers, human ascents have been expressly off-limits since 1970, in accordance with Navajo custom.