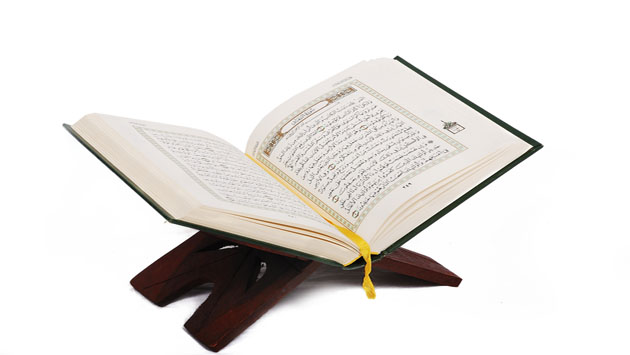 Muslims hold the sacred memory of Prophet Abraham and his son Ishmael (peace be upon them) with extreme reverence, as they were models of supreme sacrifice. Jews and Christians also hold Abraham’s sacrifice as of profound symbolic meaning. Allah says:

“And whoever kills a believer intentionally then his recompense (is) Hell, abiding in it forever and Allah’s wrath will fall on him and He (will) curse him and He has prepared for him a punishment great.” (Surah An-Nisa 4:93)

It is a really moving and inspiring experience to read how Prophet Abraham’s beloved son responds to his father’s question about his view of the sacrifice. It is stated quite clearly in the Quran that killing an innocent believing soul is a great sin: Allah says:

“Then when he reached the (age of) working with him he said, “O my son! Indeed, I have seen in the dream that I am sacrificing you, so look what you see.” He said, “O my father! Do what you are commanded. You will find me, if Allah wills, of the patient ones.” (Surah As-Saffat 37:102)

As a result, God would never command any human being to kill an innocent soul. When a human’s life comes to an end, it is the angels who are commissioned to take his soul and not other humans.

The dramatic story of God testing Abraham’s faith is ripe with lessons we can apply to our lives. Those lessons, however, are easy to miss because the premise of the story is so compelling. Thus the noble father and his noble son submitted to the will of God, and the All-Merciful stopped Prophet Abraham from sacrificing his son; indeed He ransomed him with “a tremendous sacrifice”. Allah says:

“You will find others wishing that they be secure from you and they be secure from their people, Every time they are returned to the temptation, they are plunged into it. So if not they withdraw from you and offer to you [the] peace and they restrain their hands, then seize them and kill them wherever you find them. And those – We made for you against them an authority clear.” (Surah An-Nisa 4:91)

We read in the Quran that God never advocates sin (7:28). Nowhere in the Quran do we see that God ordered Abraham to kill his son. On the contrary, God intervened to save Abraham and Ishmael from Satan’s plot (37:107), and He told Abraham: “You believed the dream!” (37:105). Undoubtedly, it could have only been a dream inspired by Satan, for killing an innocent soul is prohibited in the Quran and in all God’s Books: Allah says:

Say, “Come, I will recite what has prohibited your Lord to you. That (do) not associate with Him anything, and with the parents (be) good, and (do) not kill your children (out) of poverty, We provide for you and for them. And (do) not go near [the] immoralities what (is) apparent of them and what (is) concealed. And (do) not kill the soul which Allah has forbidden except by (legal) right. That (He) has enjoined on you with it, so that you may use reason.” (Surah Al-An’am 6:151)

Abraham’s son Ishmael was innocent; he did not commit an evil act that justified being killed. Thus if God had truly commanded Abraham to kill Ishmael, it would have meant that God commanded Abraham to commit a sin. Many Muslims will insist that God only did this so as to test Abraham and see whether Abraham loved God more or his own son! However, this logic is totally insulting to God! Indeed God tests all people, but God tests people in upholding His commandments, and not in breaking them. Allah says:

“Then when he reached the (age of) working with him he said, “O my son! Indeed, I have seen in the dream that I am sacrificing you, so look what you see.” He said, “O my father! Do what you are commanded. You will find me, if Allah wills, of the patient ones.” (Surah As-Saffat 37:102)

Indeed if a person was told by their father that they were to be killed due to a dream, it would not be taken in the best of manners.  One may doubt the dream as well as the sanity of the person, but Ishmael knew the station of his father.  The pious son of a pious father was committed to submitting to God.  Abraham took his son to the place where he was to be sacrificed and laid him face down. Allah says:

“Then when both of them had submitted and he put him down upon his forehead.” (Surah As-Saffat 37:103)

For this reason, God has described them in the most beautiful of words, painting a picture of the essence of submission; one which brings tears to the eyes: Just as Abraham’s knife was poised to descend, a voice stopped him. Allah says:

Indeed, it was the greatest test of all, the sacrificing of his only child, one born to him after he had reached old age and years of longing for progeny.  Here, Abraham showed his willingness to sacrifice all his belongings for God, and for this reason, he was designated a leader of all humanity, one whom God blessed with the progeny of Prophets. Allah says:

“And when his God tested Abraham with various commands, and he proved true to each one.” He (God) said, indeed I have made you a leader of humanity.  He (Abraham) said (requesting of God), ‘and from my progeny.” (Quran 2:124)

Ishmael was ransomed with a ram, it is this epitome of submission and trust in God which hundreds of millions of Muslims reenact every year during the days of Hajj, a day called Yawm-un-Nahr – The Day of Sacrifice, or Eid-ul-Adha – or the Celebration of Sacrifice. It is at this time that he is also told about the destruction of the people of Lot. Allah says:

Abraham returned to Palestine, and upon doing so, he was visited by angels who give him and Sarah the good news of a son, Isaac,