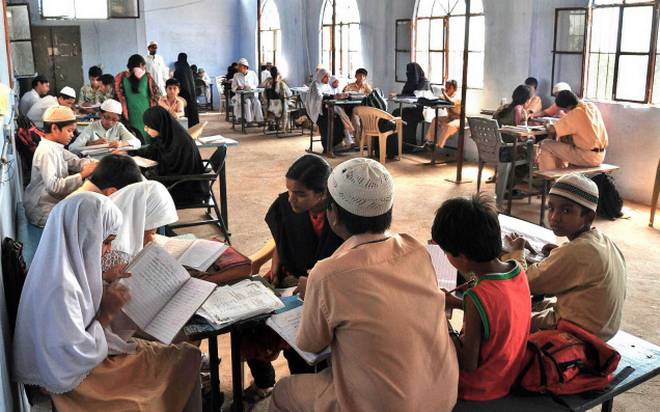 Pakistan will regain its lost freedom only when the terrorism ordeal is over. Over the years it has become abundantly clear that this is not just a conventional war but also an ideological one which can be traced to a pointed lack of religious awareness. There is also something amiss about how our great faith is being taught mainly in the religious seminaries of the rural areas. This enables the terrorist outfits to recruit youth conveniently and transform them into their minions. My aim is to highlight this gap.

According to official statistics, 940 civilians were killed in 2015 in terrorist attacks. In 2016 the toll mounted to 612 lives. The attacks may have decreased but the casualities per attack have risen. An example of this is the attack carried out on February 16, 2017 in which at least 88 civilians were killed. The suicide bomber blew himself up inside a historic Sufi shrine in the town of Sehwan in Jamshoro district of Sindh. This is the worst attack, in terms of civilian fatalities, recorded in Pakistan since the December 2014 Army Public School attack in Peshawar.

The statistics of the attacks are as horrific as the mindset of these terrorist organisations. The origin of extremism is the ideology and animosity for Pakistan being induced in upcoming generations through religious education. Extremism can only be defeated in principle when these generations are preached the teachings of the Holy Quran with accuracy, rather than misinterpretations. This strictly means that one does not get to cherry pick verses of the Holy Quran and start preaching them out of context to spread animosity and achieve personal gains.

This leads us to a bitter truth; we as a nation have done disservice to Islam till date. There is a major lack of even basic understanding of the Holy Quran even amongst the most literate in the society.

The responsibility of coaching the ‘Deen’ as a code of life is handed over to the religious seminaries or madrassas. The seminaries teach Islamic subjects such as Tafseer (Interpretation of the Holy Quran) without any scholarly monitoring. This has made them a hot topic of discussion in the national and international media. They are reminiscent of the ancient education system of Islam.

The number of madrassas in Pakistan recently crossed 35,000 from fewer than 300 since the country came into being. This stark comparison was made in a report issued in Karachi titled ‘The Madrassa Conundrum — The state of religious education in Pakistan’. The report was authored by lead researcher of the non-governmental research organisation, HIVE.

The heavy influx of students in the religious seminaries of the rural area is dependent on certain factors. The main factor remains the economic situation of a household. A majority of the population is living below the poverty line. Every household on average has one bread earner to feed four or five children. Due to economic pressure, the head of a household is bound to send one or two of his children off to the closest seminary. Basic needs of the children are covered in these seminaries that are funded by various sources. But I believe children are preached the teachings of the Holy Book out of context. Impressionable young minds are played around with so much that they actually think they could earn the ultimate prize by killing a handful of innocent citizens.

To sum up, my real concern is the growing number of seminaries in the country. These institutions need to be scrutinised for transparency and authenticity of their syllabi. It is imperative to understand that the war on terrorism cannot be won until the religious seminaries are monitored effectively. The agendas preached in seminaries remain grounded such as Islamic insurgence which is often misunderstood as ‘Jihad’ waged in various parts of the world. It is a tragedy that concepts such as affection and mercy abundantly present in the Holy Quran are often overlooked and not preached enough. The authorities need to look closely into this matter and take effective action. It is also the duty of every Muslim to read the Holy Quran with understanding and spread its teaching of love, affection and mercy.
By Ethsam Waheed