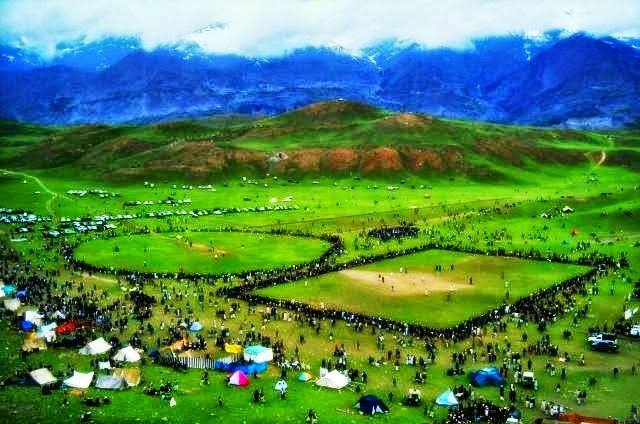 As far as the nature of tourism is concerned, Pakistan has been gifted gracefully with great and wonderful hills, mountains, picturesque valleys, landscapes and lush green hilly destinations. With all this, it should have been one of the world’s greatest tourist destinations.Tourism potential in Chitral is no secret and the beautiful landscape and the unique cultural heritage give the valley a competitive advantage in attracting tourists. The area and its unmatchable attractions for tourists have never been properly marketed and advertised by the relevant quarters to attract tourists and capitalize on the potentials.

Celebrated in Chitral during mid April every year. The festival is called Jashn-E-Qaqlasht dates back to the time immemorial. However some local historians believe that the festival is almost three thousand years old. This event used to be organized by the Rais rulers of Chitral and was continued by the succeeding Katoor family. After Chitral’s merger in the federation of Pakistan, holding of the festival as a calendar event came to an end. The main objective of the event was to protect and preserve Chitral’s unique cultural heritage and to give currency to the culture of tolerance, cooperation and coordination through cultural.

Chitral located in the North west of Pakistan is a beautiful valley in the Hindukush range of Mountains. It has always been a very important route for many invaders to south east Asia, Including Alexander the great Scythians, Mangol Changez Khan and numerous others. Chitral is a small town with a one single street bazaar and a few tourist class hotels.

Just like the famous Shandur Polo Festival, there are many events happening at an outstanding scenic locations, with out of world energy in the remotest corners of the Chitral. One such event happens in Qaqlasht: A flat terrain that is located about 80 kilometers north of Chitral town and approachable by a smooth drive of one and half-hour. When early spring sweeps through the valley, this Plateau type of plain transforms into a gorgeous picnic resort with a carpet grassy and tiny yellow flowers stretched miles and miles that attracts a great number of people from different parts of the district and other parts of the country.