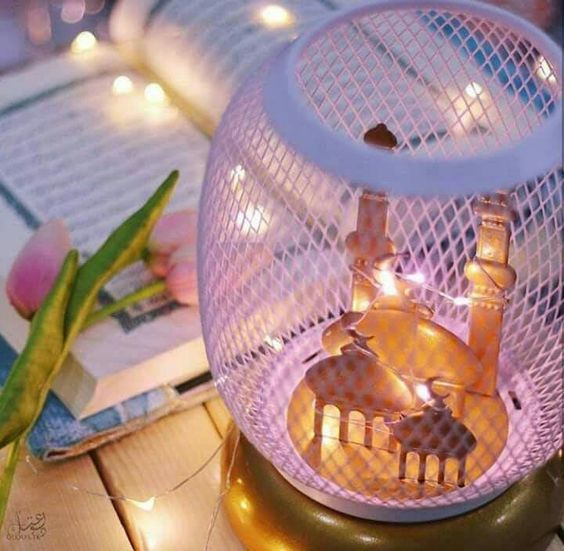 Prayer (salat) is the most important practice in Islam after declaring faith in Allah and His Messenger. The Prophet described the prayer as a light, the pillar of Islam, and among the best deeds. But this is for the true and sincere prayer that completes its purpose and objectives, both inwardly and outwardly, not simply going through the motions without the presence of the heart. In order for the prayer to be fulfilled, we must allow it to purify our hearts, keep us away from sin, and enrich our lives in the remembrance of Allah. Allah says:

“Recite what has been revealed to you of the Book and establish prayer. Verily, prayer prohibits immorality and wrongdoing, but the remembrance of Allah is greater, and Allah knows what you do.” (Surah Al-Ankabut 29:45)

Prayer, or Salat, was made obligatory for all Muslims, whether they be rich or poor, strong or weak, black or white, male or female. Prayer allows the believer to enrich their spirituality and cultivate the soul’s right to love and worship the Creator, Allah. The importance of prayer is conveyed constantly in the Quran and was also stressed by the Prophet Muhammad (PBUH): “Know that among your duties, prayer is foremost”. Allah says:

“He has succeeded who purifies himself, who remembers the name of his Lord and prays.” (Surah Al-A’la 87:14-15)

Purification of the heart is the ultimate religious objective of prayer. Prayer will only be acceptable to Allah if it is done with sincerity, reverence, awareness, and repentance. Our prayers should cleanse the heart of every spiritual disease such as envy, malice, and arrogance. The parable of the prayer is that of a running river in which we cleanse our hearts five times a day. Each prayer ends with a statement that means to connect. It literally interrupts one’s day in order that one disconnect from this world and reconnect with God and the hereafter. Ultimately, this world is temporary, and no one will be here forever. Allah says:

“Verily, the prayer prohibits immorality and wrongdoing, and the remembrance of Allah is greater.” (Surah Al-Ankabut 29:45)

Having performed prayer with this understanding and spiritual purpose, the natural result is that our prayers should prevent us from committing further sins and instil us with good character. How then can a person perform the prayer, intending to purify his heart and repent for his sins, and thereafter commit more sins and crimes? Further indulgence in wrongdoing after the prayer only demonstrates that the prayer performed had been deficient. Allah says:

“O you who believe! Seek help in patience and As-Salat (the prayer). Truly! Allah is with As-Sabirin (the patient ones, etc.” (Al-Baqara 2:153)

Prayer provides regular and constant opportunities to disconnect from the temporary and connect with the Eternal. When we are preparing for prayer, we should keep this image in mind so that our awareness is focused on the goal of attaining a pure heart. Related to this inward purification is the purification from sin, as prayer is among the greatest good deeds for which we expiate our sins. Allah says:

“And enjoin (on) your family the prayer and be steadfast therein. Not We ask you (for) provision; We provide (for) you, and the outcome (is) for the righteous[ness].” (Surah Taa-Haa 20:132)

This is expiation is another way to view the prayer as a river, since it cleanses us from the sins we commit. The ablution with water (wudu), which itself precedes the prayer, represents this process of repentance and purification. When we perform ablution, we should imagine that the sincerity and purity of our actions are cleansing the sin from our souls with every drop of water. Allah says:

“Oh, you who believe! Seek help through patience and Salah. Truly, Allah is with those who are patient.” (Surah Al-Baqarah 2:153)

The performance of prayer five times a day is considered vital to attaining success in this life and the hereafter. In general, the prayer expiates minor sins for which there is no need for specific repentance. We should not think to ourselves that we may perform major sins and expiate them with prayers alone.

“When the time of prescribed prayer arrives, no Muslim performs it with its ablution, its reverence, and its bowing except that it will be an expiation for his previous sins as long as he does not commit a major sin, and this applies for all time.” (Sahih Muslim 228)

Major sins which involve the rights of people, such as theft, require specific acts of repentance like returning the stolen money or otherwise redressing what was done wrong. However, in some special cases, a sincere prayer as an act of repentance can expiate sins that might otherwise involve worldly punishment.

Essentially, the prayer is an entire act of remembrance for Allah, remembering His greatness, the path of the prophets, and the Hereafter. This remembrance is at the core of prayer and every act of worship and good deed. It is what enriches our lives and leads to eternal life in Paradise. Hence, the parable of those who remember or forget Allah is like the difference between the living and the dead. Allah says:

“Verily, the prayer is a duty upon the believers at prescribed times.” (Surah An-Nisa 4:103)

The concept of healing most ailments through prayer before seeking out other ways of dealing with them. The testimony of faith, performance of the prayers at their correct times and complete in bowings, prostrations, and humility, will guarantee forgiveness from God and everlasting paradise. Muslims believe that the first matter that they will be brought to account for on the Day of Judgment is prayer. If it is sound, then the rest of their deeds will be sound. And if it is bad, then the rest of his deeds will be bad. Allah says:

“Establish prayer at the two ends of the day and in the first hours of the night. Verily, good deeds take away evil deeds.” (Surah Hud 11:114)

Prayer provides a constant reminder of the essence of our creation and provides a direct connection to Allah, who linked success and felicity to humility in prayer. It emphasizes the proximity between religion and daily life. Life, from an Islamic standpoint, is to be directed to Allah. Life is an opportunity for worship and the remembrance of Allah. Prayer provides a means of repentance and is a restrainer from shameful and unjust deeds. This is portrayed through the following saying of the Prophet Muhammad (PBUH):

Going deeper into our spiritual state during prayers (salah) requires that we have a presence of heart:

Praying repeatedly throughout the day and interrupting daily activities brings about the realization of this concept. The believer, through prayer, acquires a spiritual awareness that he takes with him throughout all of life’s endeavours. Prayer purifies the heart and truly, through Prayer, a believer attains spiritual devotion and moral elevation. Prayer not only gives a deep connection with God but in prayer one establishes patience, humility and sincerity. Allah says:

“When the prayer has been concluded, then disperse within the land and seek from the bounty of Allah and remember Allah often that you may succeed.” (Surah Al-Jumuah 62:10)

“Indeed, your protecting friend (Wali) is none other than Allah, His Messenger, and the Believers who establish Salah, and give Zakat, and bow down (in prayer).” (Surah Al-Ma’idah 5: 55)

When one prays in the congregation several times a day they get to know the other worshipers. It provides an opportunity to know who is in need, sick, or in need of assistance. If everyone prayed in his or her home the opportunity to help others would not be as readily available. If you love someone, they are always on your mind. Prayer keeps Muslims in touch with God.

Praying five times a day engages the believer in constant remembrance of God and keeps him away from any unjust deeds and leads him only to deeds that will earn the pleasure of God. It is through prayer that one really finds inner peace and fulfilment. It is also a source of patience, courage, hope, confidence, inner peace, stability, equality, unity and an expression of thankfulness to God. Allah says:

“Turning to Him, and consciously revere Him. and establish the prayer and (do) not be of the polytheists.” (Surah Ar-Rum 30:31)

Islam is a religion that has fixed teachings, these teachings cannot be changed, but they are flexible. Islam is a practical religion that takes rare circumstances into consideration. If one is travelling, taking a long exam, performing surgery, or ill they may shorten or combine their prayers. Praying five times a day keeps on in check because they are constantly speaking to God and reflecting on their actions.

“That is the example of the five prayers with which Allah erases evil deeds.” (Sahih Bukhari 505)

There are 1.5 billion Muslims in the world and they all face the city of Mecca when they perform the prayer. This is meant to instil a sense of unity among Muslims. It also helps orient the heart toward the Kaba, the holiest site in Islam. Muslims do not worship the Kaba it simply serves as a focal point. Although all directions belong to God, people often need a focal point to centre their concentration. Allah says:

“O you who believe! Respond to Allah and His Messenger when he calls you to what gives you life. And know that Allah comes (in) between a man and his heart and that to Him you will be gathered.” (Surah Al-Anfal 8:24)

The prayer is therefore peaceful and liberating from the shackles of temptations and worldly things. After one reconnects with God they have a sense of peace in their heart. This peace cannot be found through materialism, fun, entertainment, or fame. It is only found by disconnecting from this brief and transient world and reconnecting with God. It serves as a reminder of the Creator and Sustainer. With this in mind, we must strive to make our prayers meaningful on every level, inwardly and outwardly, according to the rules of proper practice and the rules of the heart.