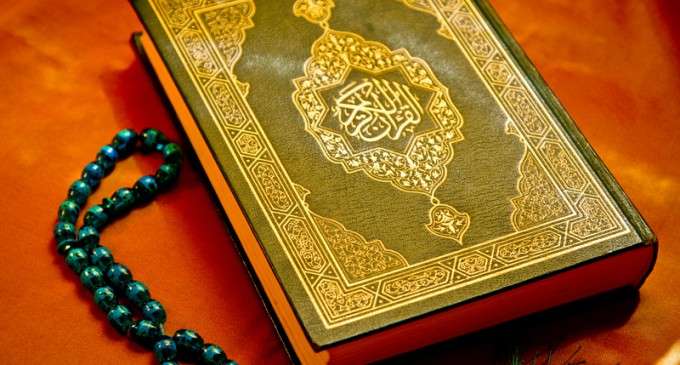 The term “evil eye” usually refers to harm that comes to a person because of someone else’s jealousy or envy towards them. The evil eye comes from a look of admiration that a person has for another. Many Muslims believe it to be real, and some incorporate specific practices to protect themselves or their loved ones from their effects. Others reject it as superstition. Allah says:

Allah is sufficient for me; there is no god but He. On Him is my trust, He is the Lord of the Mighty Throne.” (Surah At-Tawbah 9:129)

Both the Quran and hadith make reference to witchcraft and the evil eye as well as to supernatural beings known in Arabic as jinn. Islamic tradition also holds that Muslims should rely on God alone to keep them safe from sorcery and malicious spirits rather than resorting to talismans, which are charms or amulets bearing symbols or precious stones believed to have magical powers or other means of protection. Allah says:

“And indeed, would almost those who disbelieve, surely make you slip with their look when they hear the Message, and they say, “Indeed, he (is) surely mad.” (Surah Al-Qalam 68:51)

Islamic tradition also holds that Muslims should rely on God alone to keep them safe from sorcery and malicious spirits rather than resorting to talismans. Muslims affirm that jinn exists and that the evil eye is real. Perhaps reflecting the influence of this Islamic teaching, a large majority of Muslims in most countries say they do not possess talismans or other protective objects.

Ways to protect oneself against the evil eye:

As much as the sceptics would like to argue against it, the ‘evil eye’ is real –it is not a product of superstition, nor is it based on high-flying assumptions. Evidence of the evil eye can be found in the true words of the Holy Quran and our beloved Holy Prophet (PBUH). So let us delve into the deeper meaning and connotations attached to the concept of the ‘evil eye’ that plagues so many of us in our daily lives. The Messenger of Allah (PBUH) said:

The evil eye is referred to as ‘Al-ayn’ in Arabic, which is the incidence of a person causing harm to another – consciously or unconsciously – with his eye. It may start with the person just liking or appreciating something in another individual, but the feeling may fester into more negative feelings of jealousy and sheer envy, which may end up harming the other person. The Holy Prophet (PBUH) was warned by Allah (SWT) regarding the harmful effects of the evil eye and commanded His prophet to seek refuge in Him. Allah says:

“And We reveal from the Quran that it (is) healing and a mercy for the believers, but not it increases the wrongdoers except (in) loss.” (Surah Al-Isra 17:82)

A person must engage in the remembrance of Allah (SWT) (Dhikr) as much as he/she can during the day and the evening, especially before going to sleep. Jealousy and envy should not enter the heart of a person who believes that Allah has bestowed blessings on people according to His will. Allah says:

“Indeed, the best people to claim relat with Ibrahim (are) those who follow and this [the] Prophet and those who believe[d]. And Allah (is) a Guardian (of) the believers.” (Al-Imran 3:68)

“And (do) not cause corruption in the earth after its reformation. And call Him (in) fear and hope. Indeed, (the) Mercy of Allah (is) near the good-doers.” (Al-A`raf 7:56)

“So give the relative his right and the poor and the wayfarer. That (is) best for those who desire (the) Countenance (of), Allah. And those, they (are) the successful ones.” (Ar-Rum 30:38)

It is also possible to inflict oneself with the evil eye unknowingly or to be inflicted by a Jinn. But these two ways also revolve around a person receiving a look of admiration that can negatively harm him/her. Dua against evil eye especially for children, and for Muslim parents and caregivers, we should endeavour to recite this dua for the children every day even if they are old enough to recite other duas against the evil eye by themselves. Allah says:

According to the Quran, God created jinn as well as angels and humans. Accepting the presence of the evil eye does not mean that one disbelieves in Allah (SWT); but to protect ourselves from being afflicted by the evil eye, some duas have been given to us from the Qur’an and Sunnah. Allah says:

“But among the bedouins (is he) who, believe in Allah and the Day the Last, and takes what he spends (as) means of nearness with Allah and blessings (of) the Messenger. Behold! Indeed, it (is) a means of nearness for them. Allah will admit them to His Mercy. Indeed, Allah (is) Oft-Forgiving, Most Merciful.” (Surah At-Taubah 9:99)

The evil eye, in essence, has been described as an ‘arrow’ that gushes out of the heart of the envier towards the person/object of his envy – it may hit the person and bring misfortune upon them if they do not take precautions against it, or it may miss the targeted person if he takes certain spiritual precautions and seeks Allah’s (SWT) protection. The harm of the evil eye may be proportionate to the level of jealousy and malice that resides in the heart of the envier. Allah says:

“(The) Day will be uncovered from the shin and they will be called to prostrate, but not they will be able.” (Surah Al-Qalam)

Many Muslims do their best to believe that the evil eye does not exist. Maybe because on a logical level, believing such may translate to believing that there is something more powerful than Allah has given His followers the tools to combat the effects of the evil eye and we should make it a habit to implement those tools in our daily lives to prevent the evil eye from affecting us and our families. Allah says:

Overall, we as Muslims need to continue to strive to turn to Allah (SWT) for protection using only the means that has been taught to us by the Holy Prophet Muhammad (saw) and the Holy Quran. Because as we believe and affirm with our Shahadah every day, there is no power more supreme than that of Allah (SWT). May Allah protect us all from the evils of the creation and cure all those who are affected by both physical and spiritual diseases, Ameen!