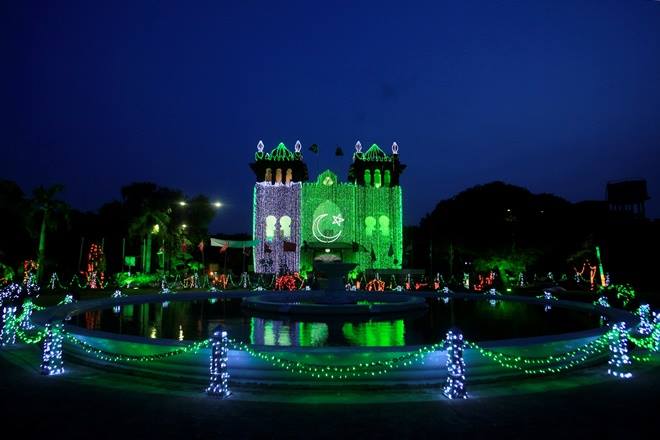 As the drama of political struggles and social upheavals unfolds, the self-image of a people has always been a major part of the background. How politics is understood by a people depends very much on how they frame their past and how they imagine their place in the world in relation to others. In fact, this imagination of the self, otherwise known as the identity of a people, shapes what their aspirations are, and consequently their very future itself.

Pakistani society, with 70 years of history to look back upon as an independent country, is no different. The Pakistani identity, or Pakistaniat, as it has developed up to our day, can be seen very clearly defining our political milieu and setting the stage for the various actors.

The most striking feature of Pakistaniat, especially after the tumultuous 1970s and dark 1980s, is that there is little direct link with the lived experience of Muslims before Partition in 1947. Of course, ruling elites everywhere shape the mainstream identity of a nation by taking a lot of liberty with actual historical facts, often relying on distortions, exaggerations and myths. In the case of Pakistaniat as we know it today, unfortunately, the men who framed it (there were few women involved in this process!) seem to have felt they could completely dispense with any connection to actual history. This was necessary in order to justify General Zia’s Pakistan — an entity that was seen as being inevitable and whose purpose was the achievement of a very particular religious fundamentalist ideal. The result was a violent removal of peoples from their land, culture and memory. Into that gap stepped in men whose imagination is close (or even identical) to that of the most ultra-conservative religious political forces. They have very little patience for the big-hearted spirituality of the greatest Sufi saints; the pluralistic ethos of a land that produced Kabir and Guru Nanak; the cultural synthesis made possible by the Mughals or the caustic wit of our greatest poets.

Political processes were particularly demonised by this new Pakistaniat — given that military dictators needed to have an excuse to crack down on their democratic opponents. And so, it was forgotten that Pakistan’s very creation itself was the result of a democratic political process led by Quaid-e-Azam Mohamed Ali Jinnah: a man utterly steeped in the principles of British liberalism. It was forgotten that neither coups nor holy wars created Pakistan — but vision, negotiation and the most bitter compromises when necessary. Instead, in the popular imagination, 20th century politicians were replaced as Pakistan’s true founders by narrowly imagined conquerors from centuries past.

It is in such a context that we can begin to understand the political environment of today’s urban Pakistan — particularly many of the newly politicised young people, whose muscular vision of accountability for politicians is inseparably linked to glorification of military dictatorships and support for fundamentalist causes. Dissent or questioning of post-Zia Pakistaniat is seen not as a constructive, well-intentioned activity but as solid proof of links to “foreign” powers.

It is this environment in which the mainstream political parties are happy to operate and manipulate things to their advantage — whether in power or trying to oust one another. And it is this poverty of imagination which allows them to gloss over the tragic reality that they have so little to actually offer the Pakistani people.
by DailyTimes