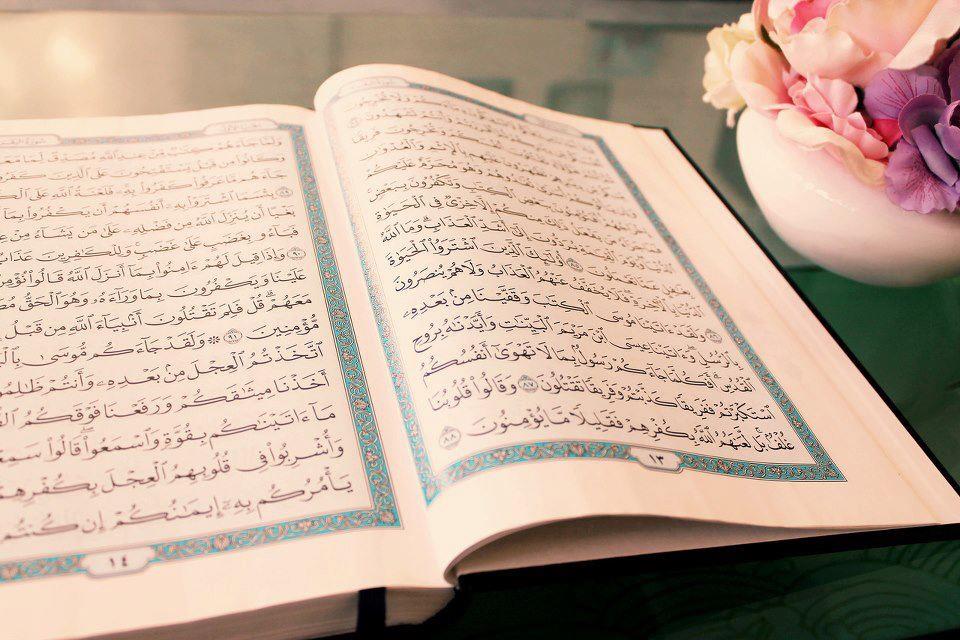 All human beings have One God, their Creator, one father – Adam – and one mother, Eve.  The plight of modernity could begin to heal if human beings remember their origins. Human beings did not appear on this earth by their own will. Rather, someone else willed that human beings inhabit the earth.  Someone else willed their existence and prepared the earth and sun in perfect balance to make life possible.  If people were to recall this simple fact, they would proceed in the right direction.  For instance, in the blessed Surat Al Mu’minun it states: Allah says:

The One who willed human existence has perfect knowledge of humanity and its strengths and weaknesses. If humans recognized this, they would obey the One they owe their existence to. Allah Almighty in the Noble Quran makes very important scientific claims: Allah says:

“And He (is) the One Who created the heavens and the earth in six epochs, and His throne was on the water that He might test [you] which of you (is) best (in) deed. But if you say, “Indeed, you (will be) resurrected after [the] death,” surely would say those who disbelieved, “This is not but magic clear.” (Surah Hud, 11:7)

We believe that if theistic thinkers become familiar with this logic, they can, once for all, release themselves from the harassment of the materialists and also liberate those poor creatures too from the clutches of their fancies and error. Allah says:

“O mankind! Consciously revere your Lord the One Who created you from a soul single and created from it its mate and dispersed from both of them many men and women. And consciously revere Allah (through) Whom you ask [with it] and the wombs. Indeed, Allah is over you Ever-Watchful.” (Surah An-Nisa 4:1)

There are many verses on this theme and all of them consider the pres­ent current order as the system of creation. The splitting of the grain and the seed under the ground, the growth of plants and herbs, the greening of the trees in springtime ‑ all of these are mentioned as part of the ever‑new and perpetual Divine creativity. In one place the Qur’an relates God as saying to angels regarding Adam: Allah says:

“He (is) the One Who created you from clay then He decreed a term – and a term specified with Him, yet you doubt.” (Surah Al-An`am 6:2)

In no place does the Qur’an consider the role of Divine creativity and will in the creation of life as relating exclusively to the first man or the first living creature that emerged upon the earth’s surface, or consider only that organism or grain as the creature of God and the product of the Divine will. In another place it says:

“And certainly We created you then We fashioned you. Then We said to the Angels, “Prostrate to Adam,” So they prostrated, except Iblees. He was not of those who prostrated.” (Surah Al-A’raf 7:11)

“Do not see those who disbelieved that the heavens and the earth were a joined entity, then We parted them and We made from [the] water every living thing? Then will not they believe?” (Surah Al-Anbya, 21:30)

If human beings were to realize that another soul was created from the original single soul to be their mate and to spread both men and women throughout the world, they would respect women more.  Women would not have to go through centuries of oppression, and their humanity would not have been denied for centuries. Unfortunately, when human beings tried to correct one wrong, they fell into another one.  They forgot that a soul was created for a soul, that a woman makes a man complete.  Men and women are not engaged in an eternal battle of genders; rather, they have been created to complement and complete each other. Allah says:

“And He (is) the One Who has created from the water human being and has made (for) him blood relationship and marriage relationship. And is your Lord All-Powerful.” (Surah Al-Furqan, 25:54)

Since man has no control over life, which is exclusively subject to the Divine will, man cannot create life anytime at his will with the scientific and technical means at his disposal. The prophets who raised the dead were able to do so with the leave of God. No one can perform such an act without the per­mission of God. Allah says:

“Say, “Travel in the earth and see how He originated the creation, Then Allah will produce the creation the last. Indeed, Allah on everything (is) All-Powerful.” (Surah Al-Ankabut 29:20)

Should man succeed in doing such a thing, surely he would have made an important achievement from the viewpoint of scientific dis­covery. But from the viewpoint of a role in creation. of life, his role would be the same as that of the parents in reproduction and procrea­tion of offspring or of the peasant in creating life in wheat grains. The Noble Qur’an has described this matter in the best possible manner in the blessed Surat al‑Waqi`ah: Allah says:

Should man one day succeed in this achievement (i.e. `artificial’ creation of life), it would not mean that he has succeeded in doing something which the prophets did with the leave of God. The prophets used to give life and take it away with the leave of God. But if ordinary human beings someday attain such a capacity, that would be the capacity to prepare the conditions for life, in the same way as today they are capable of causing death by destroy­ing the conditions of life, without possessing the capacity to take away life. Allah says:

God lays out the social fabric of human society, which lies in the family.  God could have created multiple families instead of Adam and Eve in the beginning, but He chose to create Adam and Eve and spread humanity from their seed.  Islamic ethics considers the family to be the natural basis and cornerstone of a moral society.  A family consists of a human couple and their (legal) children where both the man and woman have each essential roles to play in keeping the family happy and intact.