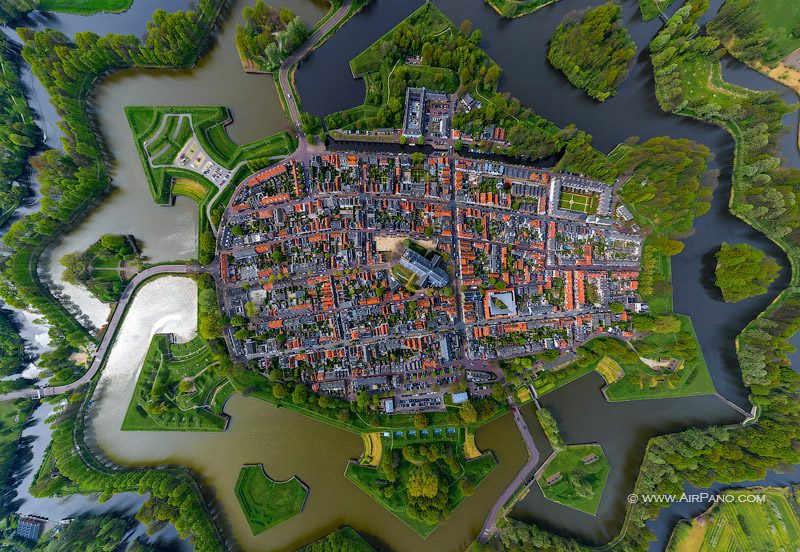 There are several places in Holland that are not much visited by tourists. Being situated 20 kilometers from Amsterdam, Naarden is a little quiet town which has a very interesting history. The town was built in its present form in the 17th century after the French army had been driven out. Previously, an old and dilapidated fortress was situated in this place, so it was not that hard for the French to occupy it. But the Dutchmen managed to bring back their lands with the help of the sea. They flooded the lands which had been earlier reclaimed from the water, so the French and their allies had to retreat.