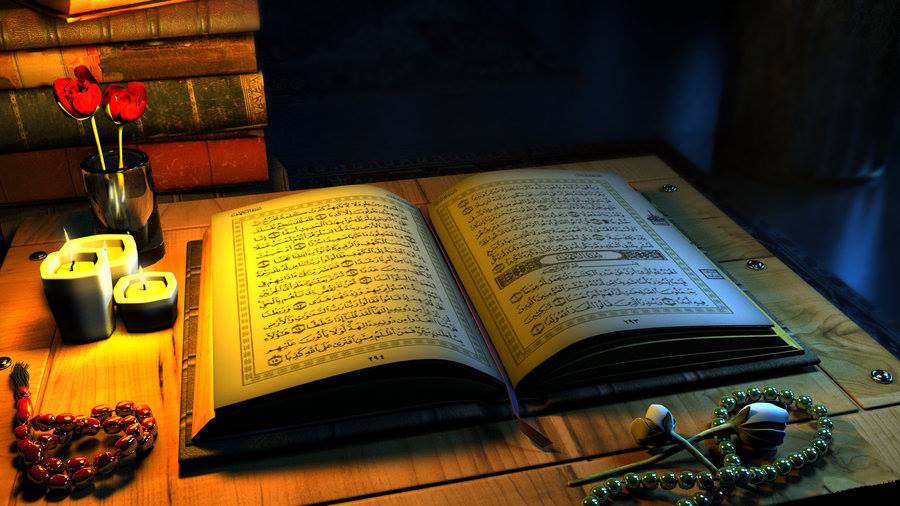 Morality generally refers to a code of conduct, that an individual, group or society holds as authoritative, in distinguishing right from wrong. Islam as a complete way of life encompasses a complete moral system that is an important aspect of its world-view. We live in an era where good and evil are often looked at as related concepts. Islam, however, defines a universal standard by which actions may be suspect moral or immoral. Allah says:

“Whoever [is] desires the honour, then for Allah (is) the Honor all. To Him ascends the words well, and the deed righteous raises it. But those who plot the evil, for them (is) a punishment severe, and (the) plotting (of) those – it (will) perish.” (Surah Fatir 35:10)

Morality generally refers to a code of conduct, that an individual, group or society holds as authoritative, in distinguishing right from wrong. Such an ideal code of conduct is often espoused in preference to other alternatives. Islam as a comprehensive way of life encompasses a complete moral system that is an important aspect of its world-view. Allah says:

“If He wills He can take you away O people, and bring others. And Allah is over that All-Powerful.” (Surah An-Nisa 4:133)

“Ethics” is the character and nature of the community, people or system. If we look into the technical meaning of “Ethics” then it means “Science of Morals” or if we want to simplify it we can say that Ethics is a certain set of rules which are being provided by a society or a religion. But we have to talk about Islamic Ethics which we can describe as “Islamic Ethics is a set of rules which are guiding a Muslim so that he/she can live good and ideal life while being civilized.”

As we know the existence of man is a creation of All-Wise and The Most Merciful Creator. After the creation of man, Almighty Allah gave him the authority to live his life according to his own choice whether it’s a good or bad choice. Allah says:

Islam has set some universal fundamental rights for humanity as a whole, which are to be noticed and respected under all situations. To achieve these rights Islam provides not only legal safeguards but also a very effective moral system. Allah with His great wisdom could have made such a system that teaches humans how to deal with every aspect of their lives. Allah made a complete and integrated system. Allah says:

“And We bestowed on him Ishaq and Yaqub (in) addition, and all We made righteously.” (Surah Al-Anbiya` 21:72)

So whatever point to the interest of the individual or the society is morally good in Islam and whatever is injurious is morally bad. We have to implement these Moral values and Ethics in our life. May Allah give us the strength to live our lives according to the teachings of Almighty Allah!

Our beloved Prophet Muhammad (SAW) is a great example for all humankind if anyone wants to know about the Ethics and Morality of the religion Islam. When Prophet (SAW) started preaching Islam He (SAW) was more focused on disciplining Muslims to have the best manners and personal characteristics.

From an Islamic perspective, the purpose of human life is to worship Almighty Allah, by leading this worldly life inconsistency with the Divine Will and thereby achieve peace in this world and success in the life of the hereafter that will not be going to an end forever. Muslims look to the Noble Quran and the Traditions of the Prophet (SAW) as their moral guides. Allah says:

Allah has given this freedom to man because it is his test of how he will live his life that is according to the way that Allah described or the other that is evil. If you want a successful and happy life, then simply apply Islam to it, and you will have wonderful results. On the basic moral characteristics, Islam builds a higher system of morality. Islam generates kindness, generosity, mercy, sympathy, peace, and truthfulness towards all creation in all situations.