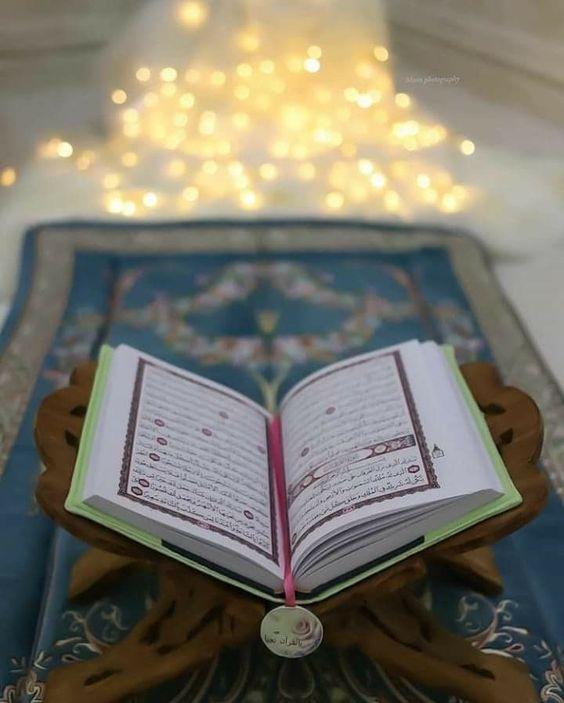 Islam as a comprehensive way of life encompasses a complete moral system that is an important aspect of its world-view. We live in an age where good and evil are often looked at as relative concepts. Islam however, holds that moral positions are not relative, and instead, defines a universal standard by which actions may be deemed moral or immoral. Helps build a positive character with traits such as compassion, respect, kindness, and humility. Allah says:

Islamic moral values bestows freedom from worldly values and all forms of dependence felt toward other people. A believer with such moral values seeks the approval of Allah, not that of other people. The Quranic concept of a “sound heart” is not the pureness of heart that some people understand it to be, for the Quran defines a sound heart as turning to and submitting fully to Allah. Allah says:

Islamic morality has solid sources. Islam is also a way of life. Not only does it contain guidance to worship Allah SWT and believe in Prophet Muhammad (peace be upon him) as His Messenger, Islam provides concepts and means to live everyday life through the Sharia law. Muslims must live in a good manner. Empathy is considered as the capacity to which an individual can understand another person’s problems, issues, and concerns.

Here are some good morals values in Islam:

If you want to have a good manner, then practice what the Prophet used to do. When he lived, our Prophet (peace be upon him) has emphasized the importance of good manners for Muslims in everyday life. He had set the perfect example of good behaviour for all Muslims to follow. Every question asked regarding manners in Islam can all be referred to as our Prophet (peace be upon him). Allah says:

“And consciously revere a trial not which will afflict those who do wrong among you exclusively. And know that Allah (is) severe (in) the penalty.” (Surah Al-Anfal 8:25)

Islam’s moral system is striking in that it not only defines morality but also guides the human race in how to achieve it, at both an individual as well as a collective level. Muslims look to the Glorious Qur’an and the Traditions of the Prophet as their moral guides. Islam is not a man-made system; it is the religion of Allah. He made it complete and integrated. Moderation, practicalities are the guarantees of high integrity and sound morality. Allah says:

“And remember the name of your Lord and devote yourself to Him with exclusive devotion.” (Surah Al-Muzammil 73:8)

Every Muslim know that worldly life is only temporary. To be able to enter paradise, all they need is a good manner in life, towards fellow humans and Allah SWT. It’s one of the concepts of moral teaching in Islam. Cultivate contentment and gratitude in your child by teaching them to be thankful for what they have in life. Only Muslims who possess good behaviour will be led to Paradise.

Islam encourages Muslims to gather with their brothers, especially for good causes. Even so, certain behaviours must be shown when attending the gathering. Those are the basic concepts of moral teaching in Islam that a Muslim should receive in his life. Islam is a holistic religion that has a distinctive moral guide. Much Islamic morality is different from the general order of society. Allah says:

“O you who believe! Revere Allah the right reverence, and do not die except as Muslims.” (Surah Al-Imran, 3:102)

Reward good behaviour appropriately. The moral system in Islam has a solid source, as it was derived from the Quran and Hadith. It makes the system absolute and must be obliged by any Muslim. It also cannot be changed and manipulated. Until the Day of Judgment, the Islamic moral system will stay the same. Allah says:

“Say: Surely my prayer and my sacrifice and my life and my death are all for God, the Lord of the worlds.” (Surah Al-An`am 6:162)

“Indeed, We [We] have revealed to you the Book in truth; so worship Allah (being) sincere to Him (in) the religion.” (Surah Az-Zumar 39:2)

Morality becomes highly important in Islam because having a good manner and character is a part of the faith itself. Your perfect morality defines perfect faith while lacking in morals means that your faith is not perfect. Having a good morality is very important in Islam. Communicate moral values in a manner that is easy for a child to interpret. Allah says:

We can discuss your child’s positive behaviour with your family and share what your child did and its impact. The importance of morality in Islam is high so every Muslim must possess the quality of good moral character. It sets the way of life of a Muslim as well as defines his faith in Allah SWT. As Allah loves someone with good character, it becomes our obligation to keep improving our Imaan and morals.