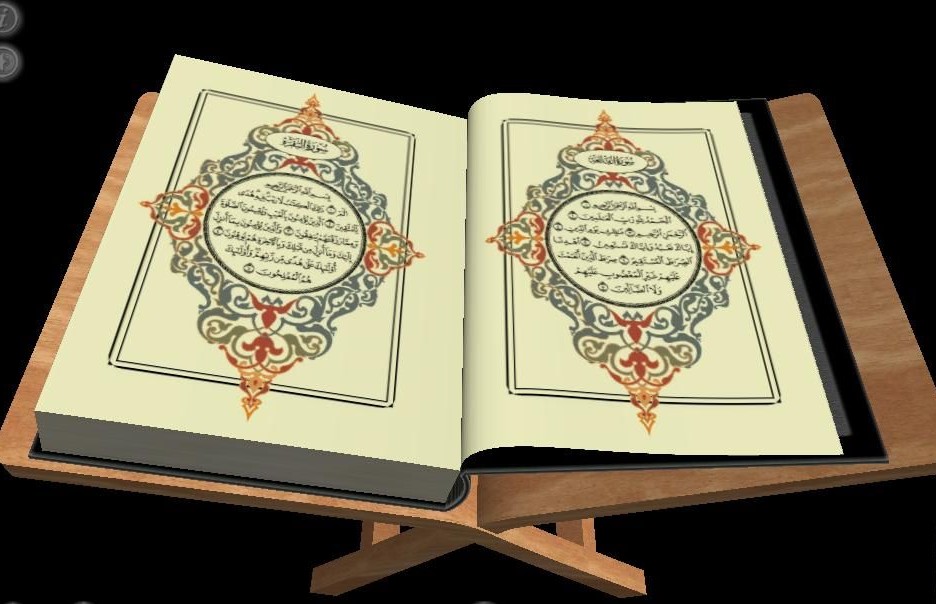 Allah, the All-Wise, All-Knowing, All-Merciful and Just, created this Universe to test and examine His obedient slaves and reward them and to punish the disobedient. The messengers of God are sent to deliver various messages from God, while the messengers who are also Prophets are assigned the task of delivering God’s Scriptures to mankind. It is important for believers to understand the role of the messengers and also the authority that God gives them. Allah says:

Say, “To Allah (belongs) the intercession all. For Him (is the) dominion (of) the heavens and the earth. Then to Him, you will be returned.” (Surah Az-Zumar 39:44)

Allah also made clear the main goal for the creation of mankind. It is of equal importance to understand what lies outside the authority of the messengers of God. The prophets call believers to the life-giving paths. Thus, after sending the Messengers, there would be no further excuse for people before Allah. Allah says:

“And not I have created the jinn and mankind except that they worship Me.” (Surah Adh-Dhariyat 51:56)

Allah, the Exalted, did not leave His slaves to rely upon their intellect and inclination to guide them to the correct way; rather He sent them Messengers as bringers of good tidings and Warners. He sent the revealed Books with them to be a reference in those matters wherein they disagreed so that no excuse would remain for the people and the proof would be established against them. Allah says:

then what is the relevance of the Quranic message to the world? How can the world, Muslims and non-Muslims, alike, benefit from the universal message of a universal and compassionate God? Can non-Muslims practise divinely revealed values without acknowledging their source and without adhering to the total divine call?

“O you who believe! Respond to Allah and His Messenger when he calls you to what gives you life. And know that Allah comes (in) between a man and his heart and that to Him you will be gathered.” (Surah Al-Anfal 8:24)

The Quran, Muslims believe is the final testament God revealed for human beings through Prophet Muhammad,

, in the seventh century. They believe that the Quran affirms everything that was revealed to all the previous messengers in the past including Prophets Abraham, Ismail, Isaac, Jacob, Moses, and Jesus. The Quran recognizes the principle of inclusiveness when it says: Allah says:

“And confirming that which (was) before me of the Taurat, and so that I make lawful for you some (of) that which was forbidden to you. And I (have) come to you with a sign from your Lord. So consciously revere Allah and obey me.” (Surah Al-Imran 3:50)

The Quran also acknowledges that divine message has been sent to all in all languages and the Quran affirms the continuity of the divine message. The Muslims believe that the guidance in the Quran is for all time and all people. Even though many Muslim scholars have often differed on the issue of giving a copy of the Quran to non-Muslims. Allah says:

“O you who (have) been given the Book, believe in what We (have) revealed confirming what is with you, before [that] We efface faces and turn them on their backs or We curse them as We cursed companions (of) the Sabbath. And is (the) command of Allah (always) executed?” (Surah an-Nisa 4:47)

Indeed, their mission covered every good and banished every evil. They brought to humankind everything needed for their well being and happiness in this world and the Hereafter. There is nothing good, which they did not inform the people about and nothing evil that they did not warn the people against.

A messenger of God is entrusted with the task of delivering a message from God to the people. The message entrusted to a messenger can be any one or combination of the following:

1- Delivering a new Book/Scripture to people.
2- Delivering specific messages to people.
3- Unveiling information that has been kept hidden inside a Scripture.
4- Confirming an existing Scripture and calling the people to return to the path of God after they have deviated.

Delivering God’s message is, therefore, the focal point and duty of any messenger. God sees to it that His messengers accomplish this duty to its completion. Allah says:

“O, Messenger! Convey what has been revealed to you from your Lord, and if not you do then not you (have) conveyed His Message. And Allah will protect you from the people. Indeed, Allah (does) not guide the disbelieving people.” (Surah Al-Ma`idah 5:67)

OBEDIENCE IS TO GOD ONLY

That is why there is no verse in The Qur’an that commands to obey the prophet (nabi). Otherwise, the prophet (nabi) could act as an intercessor, summon people to himself and cause them to join others with Allah. That means obedience is not to the prophet (nabi), but to the verses he announces and practices as a messenger. Since they are merely the words of Allah, obedience is to Allah only. Allah the Almighty commands: Allah says:

“He who obeys the Messenger thereby obeys Allah.” (Surah An-Nisa 4:80)

Indeed, calling to Allah was the mission of the Messengers to bring the people out from darkness into light. There are many basic principles upon which their calls were based, which were the starting point for calling to Allah.

These fundamental principles are:

Every book revealed by Allah gave great importance to these points. The most important and sublime of these three principles and the most fundamental of them all is the Tawheed (Oneness) of Allah. Allah has informed us about some of the Prophets, may Allah exalt their mention, and how they faced their people. We see that all of them proceeded upon the universal way laid down by Allah and followed the methodology Allah established for all of them. Not a single one of them is at variance with it. Allah says:

“And certainly, We sent into every nation a Messenger, that, “Worship Allah, and avoid the false deities.” Then among them (were some) whom Allah guided, and among them (were) some was justified on them the straying. So travel in the earth and see how was the end (of) the deniers.” (Surah An-Nahl 16:36)

Say, “O mankind! Indeed I am (the) Messenger (of) Allah to you all, the One for Whom (is the) dominion (of) the heavens and the earth. (There is) no god except Him, He gives life and causes death. So believe in Allah and His Messenger, the unlettered [the] Prophet the one who believes in Allah and His Words, and follow so that you may (be) guided.” (Surah Al-A`raf 7:158)

The verses in this regard are many, what we quote here is just one example. About the Sunnah (traditions and approved actions of Prophet Muhammad Sallallahu `Alayhi wa Sallam ( may Allah exalt his mention )), there are many clear indications that Allah’s Messenger began his call to Islam with Tawheed.

1. `Amr bin Abasah As-Sulami, may Allah be pleased with him, said: “During the times of ignorance … I heard of a man in Makkah who received revelation. So I set upon my riding beast and came to him. At that time he was in hiding, due to the oppression of his people. So I behaved in a way that enabled me to gain access to him in Makkah. I said to him: “Who are you?” He replied: “I am a Prophet. Allah says:

So I said: “And what is a Prophet?’ He said: ‘Allah has sent me as a Messenger.’ So I said: ‘And what is it that He has sent you with?’ He said: ‘I have been sent to order the joining of ties of relationship, to break the idols, so that Allah is worshipped alone and nothing at all is associated in worship along with Him.” [Muslim]

2. At the time of the peace of Hudaibiyyah, Hiraql (Heraclius) asked Abu Sufyaan some questions about Allah’s Messenger, among which he asked: “What does he (Muhammad) command you?” Abu Sufyaan replied: “He says, ‘Worship Allah Alone and do not worship anything else along with Him, and abandon what your fathers say. He also orders prayers, charity, and the joining of the ties of relationship.'” [Al-Bukhari]

“He has ordained for you of the religion what He enjoined upon Nuh, and that which We have revealed to you, and what We enjoined upon Ibrahim and Musa and Isa. To establish the religion and not be divided therein. Is difficult on the polytheists what you call them to it. Allah chooses for Himself whom He wills, and guides to Himself whoever turns.” (Surah Ash-Shura 42:13)

Consequently, the Prophets, may Allah exalt their mention, did not come to bring about the downfall of one State to replace it with another. They did not seek sovereignty, nor did they organize political parties for this reason. Rather, they came for the guidance of humankind, to save it from misguidance and Shirk (polytheism), and to take them out of darkness into light. Allah says:

“And not We created the heavens and the earth and whatever (is) between them (in) play.” (Surah Ad-Dukhan 44:38)

Each of the prophets, whose count is narrated to be 124 thousand, is either from ancestors or from brethren or descendants of the mentioned 18 prophets. So, there remains no prophet who is not referred to: Allah says:

“Those are the ones to whom We granted the Book, and the (ability of right) judgment and the prophet-hood (nubuwwat /being nabi).” (Surah Al-An’am 6:89)

In this regard, Prophet Muhammad Sallallahu `Alayhi wa Sallam ( may Allah exalt his mention ) gave an example about himself. He Sallallahu`Alayhi wa Sallam ( may Allah exalt his mention ) said: “The similitude of me and the message with which Allah has sent me, is like a man who came to some people and said: ‘I have seen the enemy forces with my own eyes and I am a mere warner (to you). So, save yourselves, save yourselves. Allah says:

A group of his people obeyed him and went out at night, slowly and steadily and was safe; while another group belied him and stayed in their place until the morning when the army destroyed them. Such is the similitude of those who obey me and follow what I have brought (i.e., Message) and of those who disobey me and belie the Truth which I have brought.” (Al-Bukhari, Muslim and others)

Nabi is precious. Allah the Almighty decrees the following about His last prophet: Allah says:

“The Prophet (nabi) is more valuable for the believers than themselves, and his wives are their mothers.” (Surah Al-Ahzaab 33:6)

The Message of the Messengers, by the Mercy of Allah, revives and enlightens the believer’s soul. This enlightenment is the revelation of Allah, which leads mankind from the darkness of Shirk (polytheism) and ignorance to the Light of Truth and Islam:

The Messenger and the Message are evidence against the disbelievers

Allah sent His Messengers and His Books so that there can be no excuse for mankind on the Day of Judgment. Allah says:

“Messengers, bearers of glad tidings and warners, so that not there is for the mankind against Allah any argument after the Messengers. And Allah is All-Mighty, All-Wise.” (Surah An-Nisa` 4:165)

The Message of Allah deals with the rights of Allah on His bondsmen, the rights of man on His Creator, The Oneness of Allah and its influence on the creation, knowledge, admonition, the wisdom behind the creation, righteousness, mutual interactions, refutation of incorrect beliefs and deviations, lawful and unlawful, migration and Jihaad. In totality, it is the complete code for a righteous living, which results in delight, pleasure, and harmony in this life and the Hereafter.