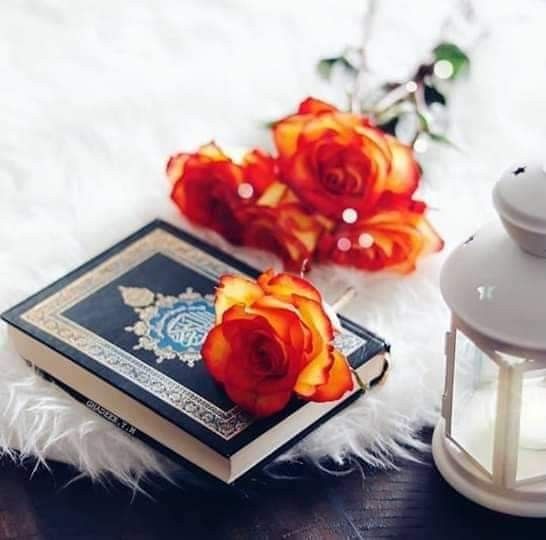 Allah is the One to Whom hearts turn in love, exhalation, glorification, humility, submission, and worship. It is true, one who sincerely loves Allah may shrink away from the thought of dying before he is fully prepared to meet his beloved One in the Next World, but one would think, he should work diligently to prepare for that sure meeting ahead of time. The remembrance of Allah should always remain fresh in one’s heart, for what one loves, one constantly remembers; and if that love is perfect, one would never forget it. Allah says:

“And whatever you have of favour (is) from Allah. Then when touches you the adversity than to Him you cry for help.” (Surah An-Nahl 16:53)

Allah seeks His servant’s friendship and love by means of His generosity towards him, even though He is not in any need of him. The servant, on the other hand, invites Allah’s anger through his disobedience and wrong actions, even though he is in need of His assistance. Neither Allah’s mercy nor His generosity towards the servant deters him from disobeying his Lord. In the same way, neither the servant’s disobedience nor his wrong actions deter Allah from granting him His blessings. Allah says:

“Perhaps Allah [that] will put between you and between those (too) whom you have been enemies, among them love. And Allah (is) All-Powerful. And Allah (is) Oft-Forgiving, Most Merciful.” (Surah Al-Mumtahinah 60:7)

Islam recommends Muslims to love people and optimize the compassionate and sincere relationship with them, even if they do not believe in Islam or in God. Love is one of the greatest blessings that Allah gives to people. Throughout their life, everyone wants to be with those who they love, rely on, and are close to. Many of Allah’s blessings and their true meanings can only be found in an environment where true love and friendship exist. Allah says:

Every believer who loves and respects Allah and who strives to please Him enriches the world with goodness. Whoever loves Allah also loves His creations, feels compassion and mercy for them, and wants to protect them by bringing more goodness and beauty into the world. Allah’s messengers, the most excellent and moral people in the world, always invited their people toward love and closeness to each other and to Allah. Allah says:

A believer who has started his spiritual journey towards God first comes to recognize God’s blessings upon him in providing him with lots of support and help that enabled him to act. Having continued his journey and been equipped with a mystical view of the world, he will realize that every good thing, indeed, comes from God himself. We read in the Noble Quran.

Why Do I Love Allah?

Allah did not leave a man in non-existence; He gave him the bounty of existence. We don’t even give Allah enough time. Whatever we offer Him is always divided. We prefer our families over Allah. We even make fun of those who go out in the cause of Allah and criticize them that they are not available for their families. But look at our beloved Prophet, who did not spend all the time with his family. It is the greatest bounty. Allah did not leave him lifeless and gave him the bounty of life.

The believers are those who follow the Messenger, the unlettered Prophet, whom they find written down with them in the Torah and the Gospel, commanding them to do right and forbidding them to do wrong, making good things lawful for them and bad things forbidden for them, relieving them of their heavy loads and the chains that were around them. Allah says:

Muslims can only understand and discharge their duties as Allah`s (SWT) servants by studying the Prophet`s (saas) practices. The first source of information for this is the great hadith compilations of Muslim, al-Bukhari, and other classical-era hadith scholars. Allah says:

“Never will you attain [the] righteousness until you spend from what you love. And whatever you spend of a thing then indeed, Allah of it (is) All-Knowing.” (Surah Al-Imran 3:92)

The vast collections of his words, deeds, and personal attributes, particularly those displayed during his prophethood, were collected with great care by narrators or reporters whom all Sunni scholars consider reliable. Allah says:

Sending prophets that warn people: Sending prophets is an indication of the mercy of Allah. The right and the wrong were presented to each ummah through a messenger and they were informed about the orders and prohibitions of Allah. Prophets are also guides for worldly affairs. The development of the civilizations took place thanks to the guidance of the prophets.

Allah, who created man out of nothing, definitely knows what he needs, what kinds of worshipping he can perform and how he can be healthy, peaceful and happy. Therefore, the religion of Islam provides man with an easy, nice and comfortable life as a grant from Allah. Allah says:

Say, “Obey Allah and the Messenger.” Then if they turn away – then indeed, Allah (does) not love the disbelievers.” (Surah Al-Imran 3:32)

Giving some time for repentance in the life of the world: Allah does not punish His slaves who disobey him at once. He gives them some time so that they will understand their mistakes and repent. Allah says:

“And whoever seeks other than [the] submission/Islam (as) religion then never will be accepted from and he in the Hereafter, (will be) from the losers.” (Surah Al-Imran 3:85)

Allah created man in the best form, made him superior to all beings and made him the vicegerent in the universe. Man must keep this superior quality through belief and worshipping. Otherwise, he will fall to the lowest of the low and lose the vicegerency, and, as it is expressed in the Quran, he may become more misguided than animals. While belief takes a man to a rank superior to angels, unbelief throws a man into the lowest of the low down into the depths of Hell.