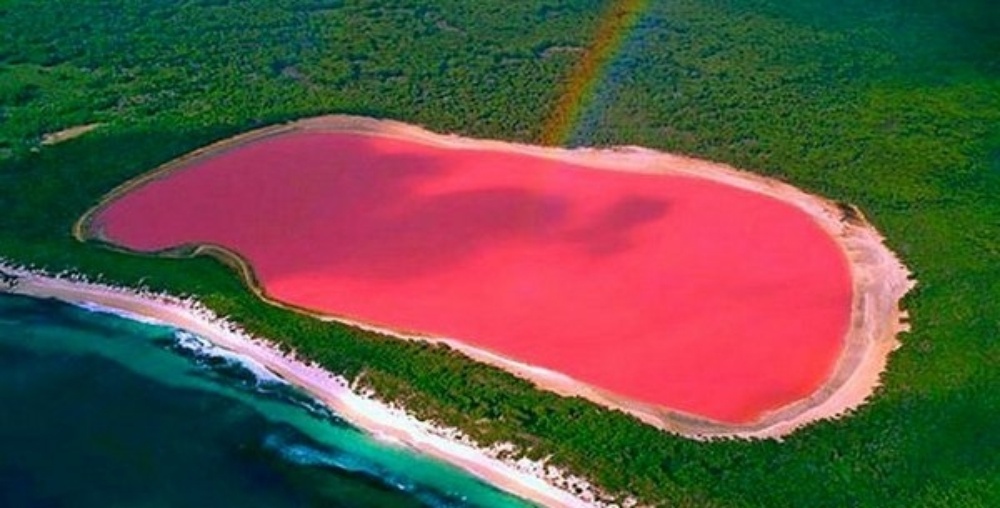 Lake Hillier appears to be a huge pink gem hidden within a rim of sand and dense woodland. Lake Hillier is merely separated from the blue Southern Ocean by a thin strip of vegetation.Since the lake is enclosed by pristine wilderness untouched by humans, the only way to appreciate the lake is from the air.

The only explanation to its natural pink is a unique dye produced by bacteria living in the salt crusts. However, when there’s a high concentration of algae.,the lake will turn into a lighter shade of pink. Apart from bacteria and algae, the lake is a significant source of support for many native and migratory birds, thus, earning its rights as an Important Bird Area (IBA) by the BirdLife International.

Whereas the causes behind the unusual coloring of other pink lakes, such as the nearby Pink Lake and Senegal’s Lake Retba, have been definitively confirmed, the reason for Lake Hillier’s color remains a mystery. Theories abound, of course. Some speculate that Lake Hillier’s color, like that of the other lakes, is the result of high salinity combined with the presence of a salt-loving algae species known as Dunaliella salina and pink bacteria known as halobacteria.

Unlike other pink lakes, however, which regularly change colors in accordance with temperature fluctuations, Lake Hillier maintains its pink shade year-round. The water retains its pink hue when bottled.Whatever the cause, the water does not appear to pose any danger to humans. Swimming in it is not possible anyway since the island is used only for research purposes and tourists can admire it only from above on helicopter rides.