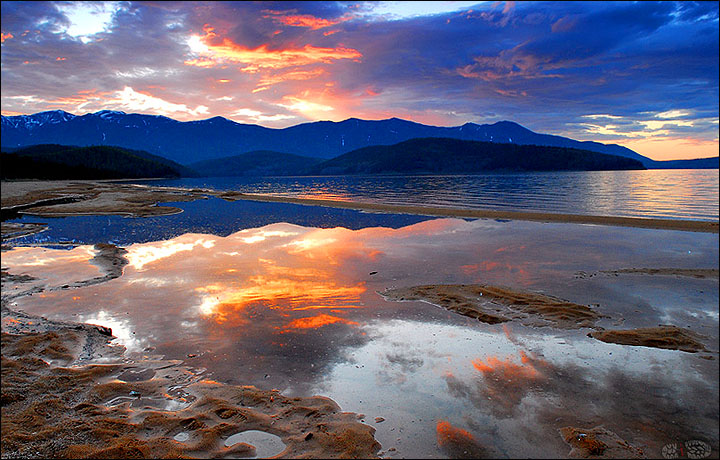 Lake Baikal is an ancient, massive lake in the mountainous Russian region of Siberia, north of the Mongolian border. Considered the deepest lake in the world, it’s circled by a network of hiking paths called the Great Baikal Trail. The village of Listvyanka, on its western shoreline, is a popular starting point for summertime wildlife-spotting tours, plus wintertime ice-skating and dog sledding.

Baikal is a lake of tectonic origin located in the southern part of Eastern Siberia, the deepest lake in the world (1,642 meters) and the largest natural reservoir of fresh water (19%).

It is situated in the center of Asia, on the border of the Irkutsk region and the Republic of Buryatia. The lake stretches from the southwest to the northeast for 620 km in the form of a giant crescent. The width of the lake is in the range of 24 to 79 km.