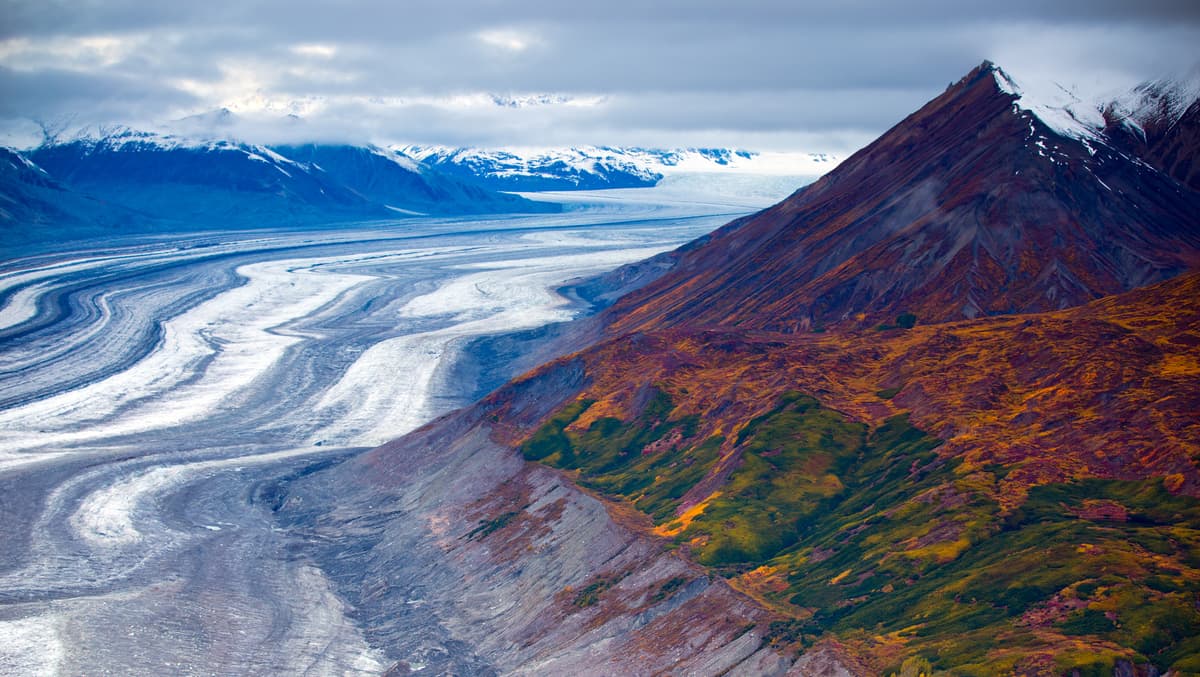 Kluane National Park and Reserve are two protected areas in the southwest corner of the territory of Yukon. The National Park Reserve was set aside in 1972 to become a national park, pending settlement of Native American land claims.

It covered an area of 22,013 square kilometres. When agreement was reached with the Champagne and Aishihik First Nations over an eastern portion of the Reserve, that part—about 5,900 square kilometres—became a national park in 1993, and is a unit of the national park system administered co-operatively with Parks Canada.

It’s important to note that Kluane National Park and Reserve contains mostly routes, rather than trails. What’s the difference? Trails are generally marked, signed, or visible. A route is not marked or maintained, so good navigational skills are needed.

Nestled beside Bear Creek in the Alsek Valley, The Mount Logan Lodge sits west of Haines Junction along the Alaska Highway. The main lodge is a quaint log building with a handful of rooms and suites. There are also a few unique accommodations scattered throughout the property, including a yurt, a converted school bus, and an authentic gold rush era log cabin.

In the morning, guests can enjoy a complimentary breakfast made with fresh ingredients grown in the lodge’s innovative greenhouse. Mount Logan Lodge is close to both Haines Junction and Kathleen Lake, making it the perfect option for exploring popular trails in the park.