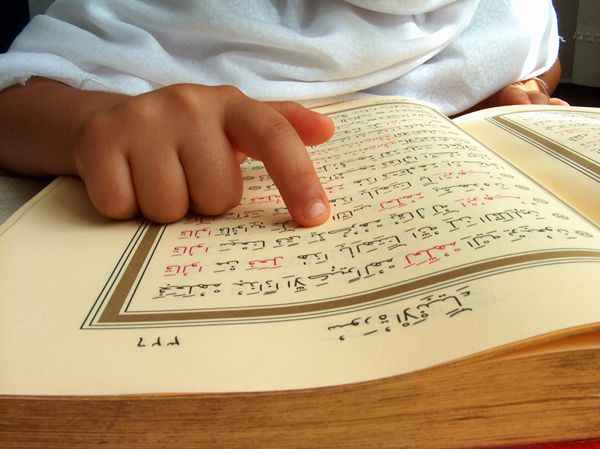 Muslims believe they will return to God (Allah in Arabic) when they die. Therefore, instead of the end, death becomes part of a continuum that stretches into eternity. Due to their faith in the One God who created this universe and sustains it, Muslims rely on divine guidance for glimpses of a reality invisible to human eyes. Divine guidance comprises prophetic examples and scriptural revelations. On the Day of Judgment, every individual will be resurrected to account for their life. Allah says:

And be conscious of the Day on which you shall be brought back unto God, whereupon every human being shall be repaid in full for what he has earned, and none shall be wronged– (Surah Al-Baqara- 2:281)

Quran holds all the teachings regarding the Day of resurrection, occurrence, and life after death. The true believers, hence should, believe in the commandments of the Lord and keep faith that a day is nigh when the Heretics will be flogged to hell and believers be blessed with the eternal life of virtues and bounties in the shape of Heaven. Allah says:

“Our Lord, grant us what You promised us through Your Messengers and (do) not disgrace us (on the) Day (of) [the] Resurrection. Indeed, You (do) not break the promise.” (Surah Al-Imran 3:194)

It is a part of Muslim belief to believe in the occurrence of the judgment day. The belief in this day is related to the life hereafter. When a Muslim believes that there is a life hereafter, then he or she also agrees to the fact that with the end of time there is going to be a judgment day where all people will be judged on the basis of their deeds and then as per those deeds, they will enjoy punishment or reward in the eternal afterlife. Allah says:

“That Day will proceed the mankind (in) scattered groups to be shown their deeds.” (Surah Az-Zalzalah)

Despite its inevitability, humans get so absorbed in this lavish lifestyle that they never ponder what will happen to them until jolted by the tragedy inflicted upon their loved ones. Allah has a clear narrative regarding the day after death when the judgment will take place and everyone will face accountability as per committed deeds. Allah says:

“Indeed, those who disbelieve[d] and died while they (are) disbelievers, then never will be accepted from any one of the earth full (of) gold [and] (even) if he offered it as ransom. Those – for them (is) a punishment painful and not (will be) for them any helpers.” (Surah Al Imran 3:91)

“O our Sustainer! Verily, Thou wilt gather mankind together to witness the Day about [the coming of] which there is no doubt: verily, God never fails to fulfil His promise.” (Surah Al- Imran, 3:9)

Why Rise After Demise?

Linguistically “Qayamah” means “to rise” to which the ignorant ones are astonished that why to rise after havoc and demise. There are three answers:

How Does Idolaters Will respond?

On the day when the souls will be in front of Allah for judgment, occupied much in their tribulations that they will turn a blind eye towards their spouse, children, and parents. Their reaction in the purview of the Quran will be: Allah says:

These are sufficient proofs of the reactions of the disbelievers who were in denial of the judgment day. Had they known their plight they would have realized that the messengers were telling the truth and accepted the ultimate omnipotence of the Lord. Quran encodes it as Allah says:

A Muslim must realize that judgment day is as inevitable as death. Therefore, to be among the one who views judgment day as a proclamation of good news, a Muslim must follow the instructions of Islam to be prepared for Judgment day and do as many good deeds in this world as possible.