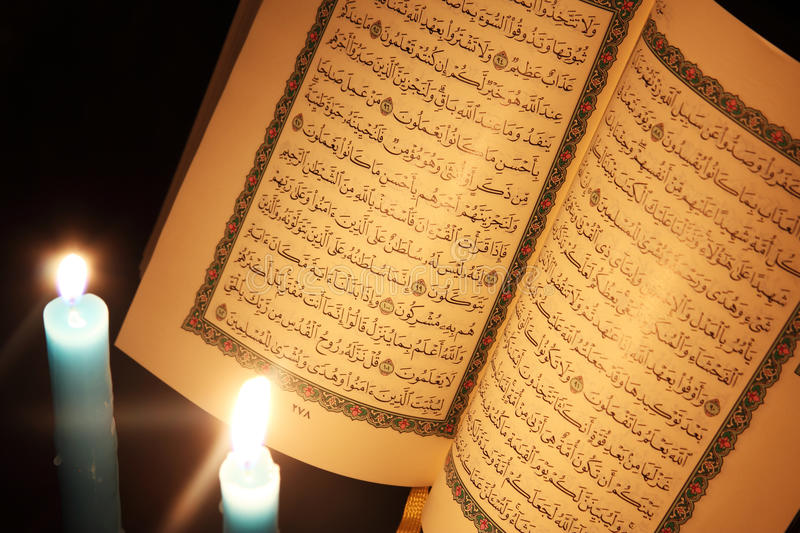 “He (is) the One Who created you from a single soul and made from it its mate that he might live with her. And when he covers her, she carries a burden light and continues with it. But when she grows heavy, they both invoke Allah, their Lord, “If You give us a righteous (child), surely we will be among the thankful.” (Surah Al-A`raf 7:189)

Islam is the religion that was given to Adam, the first man and the first prophet of Allah, and it was the religion of all the prophets sent by Allah to mankind. The name of God’s religion Islam was not decided upon by later generations of man. It was chosen by Allah Himself and clearly mentioned in His final revelation to man. In the final book of divine revelation, the Qur’an, Allah states the following. Allah says:

“They ask you about the spoils of war. Say, “The spoils of war (are) for Allah and the Messenger. So consciously revere Allah and set right that (which is) between you and obey Allah and His Messenger, if you are believers.” (Surah Al-Anfal 8:1)

The sound of the Quran is the first and last sound that a Muslim hears in this life. As the direct Word of God and the embodiment of God’s Will, the Quran is considered as the guide par excellence for the life of Muslims. It is the source of all Islamic doctrines and ethics. Allah says:

The Quran refers, in a language-rich in its varied terminology, to the importance of seeing, contemplating, and reasoning about the world of creation and its diverse phenomena. It places the gaining of knowledge as the highest religious activity, one that is most pleasing in God’s eyes.

According to a famous saying of the Prophet Islam consists of five pillars which are as follows: affirmation of the faith (shahadah), that is, witnessing that La Ilaha Illa Allah (There is no divinity but Allah) and Muhammadun Rasul Allah (Muhammad is the Messenger of Allah); the five daily prayers (al-salat) which Muslims perform facing Makkah; fasting (al-sawm) from dawn to sunset during the month of Ramadan; making the pilgrimage to Makkah (al-hajj) at least once in a lifetime if one’s financial and physical conditions permit it, and paying a 2 1/2% tax (al-zakat) on one’s capital which is used for the needs of the community. Allah says:

“Or were you, witnesses, when came to Yaqub [the] death, when he said to his sons, “What will you worship from after me?” They said, “We will worship your God and (the) God (of) your forefathers, Ibrahim and Ismail and Ishaq – God One. And we to Him (are) submissive.” (Surah Al-Baqarah 2:133)

Muslims are also commanded to exhort others to perform good acts and to abstain from evil. Ethics lies at the heart of Islamic teachings and all men and women are expected to act ethically towards each other at all times. Allah says:

Understanding the essence of Islam is to understand the very essence of human existence itself. Islam offers a complete, comprehensive, and balanced way of living. Its principles and teachings can be used to provide sensible and fair solutions to the problems faced by the individual in particular and the society in general. Allah says:

“We will cast in (the) hearts (of) those who disbelieve [the] terror because they associated partners with Allah, what not He sent down about it any authority, and their refuge (will be) the Fire and wretched (is the) abode [of] the wrongdoers.” (Surah Al-Imran 3:151)

A religion generally tends to cover the spiritual aspects of one’s beliefs. However, being a perfect religion, Islam goes above and beyond that. It covers social, economic, political and even diplomatic aspects of human life. Humanity, as a whole, is in need of a mechanism that allows it to balance and channel all of its activities towards something fruitful. Allah says:

“And not (can) you guide the blind from their error. Not you can cause to except (those) who believe in Our Signs so they (are) those-who-submit/Muslims.” (Surah An-Naml 27:81)

Within the central principle of Islam and its definition (the surrender of one’s will to God) lie the roots of Islam’s universality. Whenever man comes to the realization that God is one and distinct from His creation, and submits himself to God, he becomes a Muslim in body and spirit and is eligible for paradise.

It is a common perception in the (post?) Christian world that ‘faith’ or ‘belief’ is irrational; that a matter of faith is one for which there is little or no evidence. To the Muslims, this seems quite absurd. In Islam people who disbelieve in Allah and in the prophethood of Muhammad can only do so out of ignorance or out of willful denial of what is evident to them as clear as seeing: Allah says:

The core of all value and purpose to existence is commonly known by the name Allah or God. He is the ultimate purpose of existence and the achievement of what is morally good equates to getting closer to Him. Allah is more than we can ever fully understand in order to have morally good thinking. Allah says:

it is essential to believe in Allah in some sense whatever name we use for Him. As a result of God’s signs to mankind through the ages combined with His revelation through His prophets, all mankind has been given a chance to recognize the one only true God.