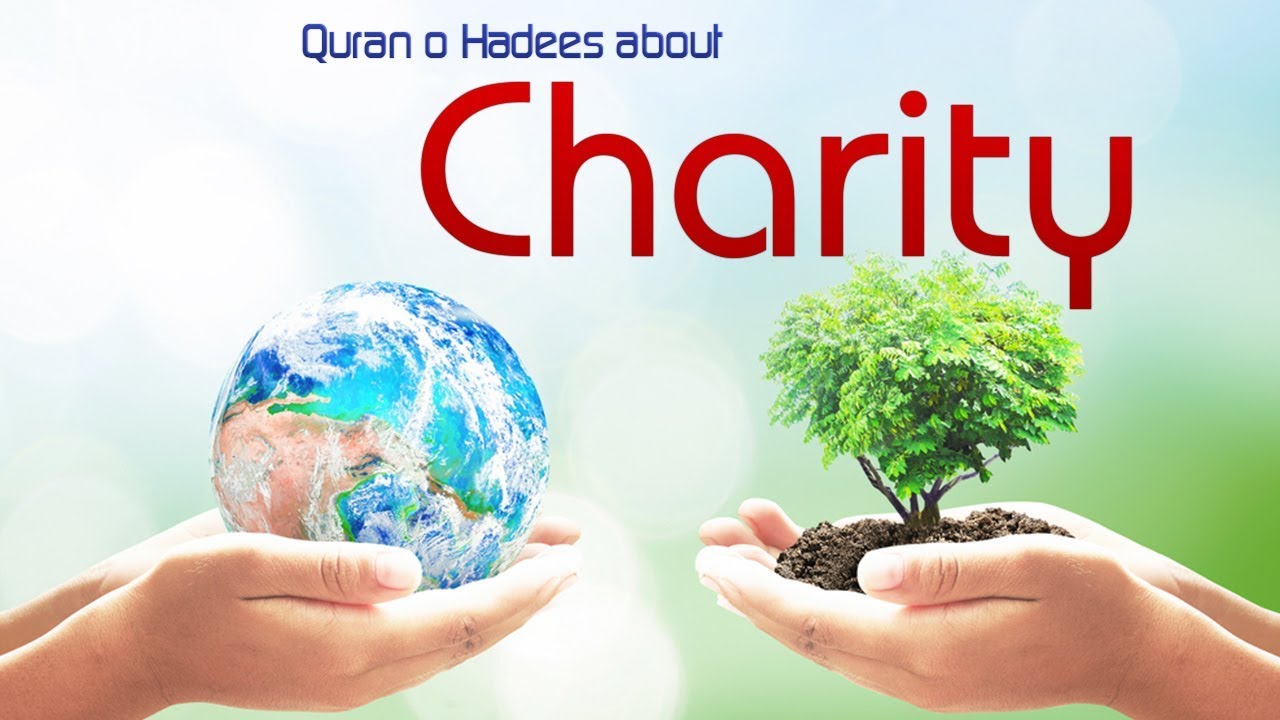 Charity is one of the five pillars of Islam and an important part of worship for Muslims. The existence of countless starving, poor, hungry and destitute Muslims and non-Muslims in the world points to the need for this essential teaching to be put into practice. Giving charity correctly is crucial to both the well-being of the needy as well as the ultimate happiness of the wealthy. The Prophet emphasized this principle repeatedly. Allah says:

Charity is an act through which a Muslim shows his good feelings and compassion for other Muslims and it is the real identity of a true Muslim who puts his trust in his Supreme Lord. Materialistically, we could own everything we could ever want in this world, but this wouldn’t necessarily guarantee us any real happiness or satisfaction. The thoughtfulness and surprise element of actually giving the gift brings us excitement and pleasure. Allah says:

“And establish the prayer and give zakah and obey the Messenger, so that you may receive mercy.” (Surah An-Nur 24:56)

Charity is one of the things that hit two targets with one arrow. It not only helps the people in need but also benefits the giver by increasing the excellence and blessings either in this world or hereafter. This is why most Muslims try to donate to charity in every way possible to fulfil their responsibilities as religious people.

There is a way of giving charity and that is the way of being humble and generous. Muslims who are in a position to support a great relief aid cause or serve their community should do so but not for the sake of gaining publicity or worldly acclaim. Allah says:

Charity is purely for the sake of Allah and no worldly gain should be intended while making charity. It should only be made to seek Allah’s forgiveness and His blessings. There is a way of giving charity and that is the way of being humble and generous. Muslims who are in a position to support a great relief aid cause or serve their community should do so but not for the sake of gaining publicity or worldly acclaim. Allah says:

“Do not regard any good deed as insignificant, even meeting your brother with a cheerful face.” (Sahih Muslim 2626)

Giving charity teaches us that even the smallest thing will be sufficient as long as we are grateful to it. We are taught to be kind to others by Islam, so let’s continue the legacy of Islam by performing many good deeds charities as long as we live.

Islam calls upon its followers to reach out with open hands, and give in charity as a way of life. In the Quran, charity is often mentioned along with prayer, as one of the factors that identify true believers. Giving charity correctly is crucial to both the well-being of the needy as well as the ultimate happiness of the wealthy.

Allah blesses acts of almsgiving and charity and makes them the cause of the increase in wealth rather than a decrease in it. Muslim community thrives on charity. The effort Islam puts in financial checks and balances for every member of the Muslim society shows the deep values for human rights. Along with the help of those receiving charity. Allah says:

Islam teaches us to be mindful of each other’s duties and rights; this includes all of Allah SWT’s creation – including children. If a Muslim feels the pain of his Muslim brother and likes the same comfortable and good life for others which he likes for himself then it is a natural reaction to give in charity and ease others’ sufferings and difficulties.  Allah says:

“And We made them leaders, they guide by Our Command. And We inspired to them (the) doing (of) good deeds, and establishment (of) the prayer and giving (of) zakah; and they were of Us worshippers.” (Surah Al-Anbiya` 21:73)

Charity is the essence of Islam and it has great importance in the lives of Muslims. We can do charity by teaching our kids, relatives, and family how to read Quran. The reward will still be given to us even after our death. Every time the person we taught recite Quran, we will also be rewarded. Nothing can beat the feeling of contentment you get when you know you have made a positive change in someone’s world. Allah says:

The truest benefit of giving to others is the promise of our reward in the Hereafter, which will far outweigh what we may have given in this world. It helps to build a strong society where the flow of wealth is even and basic human needs are met. Thus Islam and Quran heavily promote charity and every Muslim is rewarded with something way better than what he gives up in way of Allah.