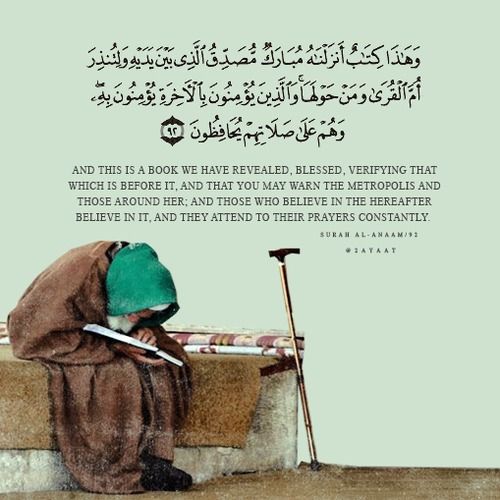 Allah ordered the believers to tell the truth and urged them to be among the truthful. Islam is the only religion which guides its followers in every step of their lives. There are various good manners and excellent morals that Islam teaches us and truthfulness is one of them. Being truthful is one of the necessities of human society, one of the virtues of human behaviour, and brings great benefits. Speaking truth is the most important and powerful aspect of Islam. God has instructed Muslims to speak the truth in every situation. Allah says:

“Say, Allah (has) spoken the truth, then follow (the) religion (of) Ibrahim (the) upright, and not he was of the polytheists.” (Surah Al-Imran 3:95)

In Islam, God rewards Muslims for speaking the truth. Muslims have to build the courage and power to speak the truth to get enter Paradise. Islam has declared it as one key element of a good character. Telling truth and avoiding lies are two basic characteristics of a true and faithful Muslim. To speak always the truth means to be a faithful, honest and trustworthy person. Allah says:

“And mention in the Book, Ishmael: surely, he was a man true to his word, and he was a Messenger, a Prophet.” (Surah Maryam 19:54)

Truth carries immense significance and the importance of truth in Islam is greatly highlighted either in Quran. In life, it is commanded to speak the truth at every stage. At times, it becomes difficult to go with the truth but it is a real exam towards the right path. More often, speaking truth to power is difficult as it needs moral courage and strength. In this era, people are more inclined to get toward beneficial facts whether they are true or based on lies. This is why speaking the truth is becoming a rare trait in our societies.

Here are some highlights and significance of speaking the truth:

Truthfulness is the very cornerstone of the upright Muslim’s character and the springboard for his virtuous deeds. Telling the truth is a key to all doors and kinds of goodness that lead to Paradise. Truthfulness is the greatest of stations, from it sprout all the various stations of those traversing the path to God. The positive reciprocal effect of behaving truthfully with people in this worldly life. Allah says:

Truthfulness is the conformity of the outer with the inner, the action with the intention, the speech with belief, and the practice with the preaching. Islam as the religion is guidance and the truth for mankind, bringing us rules, laws, thought, science, and knowledge that came from Allah through the Prophets. Islam teaches us to always keep the truth in each part of our life.

The religion of Islam puts great emphasis on upholding truth and justice under all circumstances, even against one’s loved ones. Speaking truth to power is not easy and requires moral courage and deep conviction. Thus, it is not difficult to see the rarity of such a trait in today’s human beings who seem to be motivated more by material gains than what’s morally right and just. Allah says:

Truth and justice have always been anathema to the despots around the world who resort to torture and oppression to silence their adversaries. Truthfulness is the backbone of any peaceful and sincere society. If all Muslims try to adopt this great and basic character, there is no doubt and no hurdle in the way of their success. People should have to be motivated to speak the truth and keep in mind what is right and wrong according to the instructions of God. Allah says:

“Indeed, this Quran guides to that which is most suitable and gives good tidings to the believers who do righteous deeds that they will have a great reward.” (Surah Al-Isra 17:9)

Islam puts great emphasis on speaking truth in all situations in fact it teaches us to speak the truth against our respective ones. Many societies are facing a lack of truthfulness which is a bad habit as it is the stem of all wrong habits. Truthfulness is the conformity of the outer with the inner, the action with the intention, the speech with belief, and the practice with the preaching.

Allah Almighty says in the Holy Quran about the reward of Truth:

Truth has great power and it is the rock foundation of every great character. Truth is power and when you get to speak the truth solely, you start seeing the rewards of Allah. Truthfulness unveils enormous benefits and miracles in unimaginable ways in both lives. Our religion Islam puts an immense emphasis to uphold the truth and justice in all situations either for loved ones or against them. Allah says:

Allah ordered the believers to tell the truth and urged them to be among the truthful. Islam, however, teaches that truthfulness is far more than having an honest tongue. Muslims do their best to speak the truth as it makes them feel peaceful and they are happy because they have fulfilled the order of God. We ask Allah to make us truthful secretly and openly and forgive our sins. Ameen