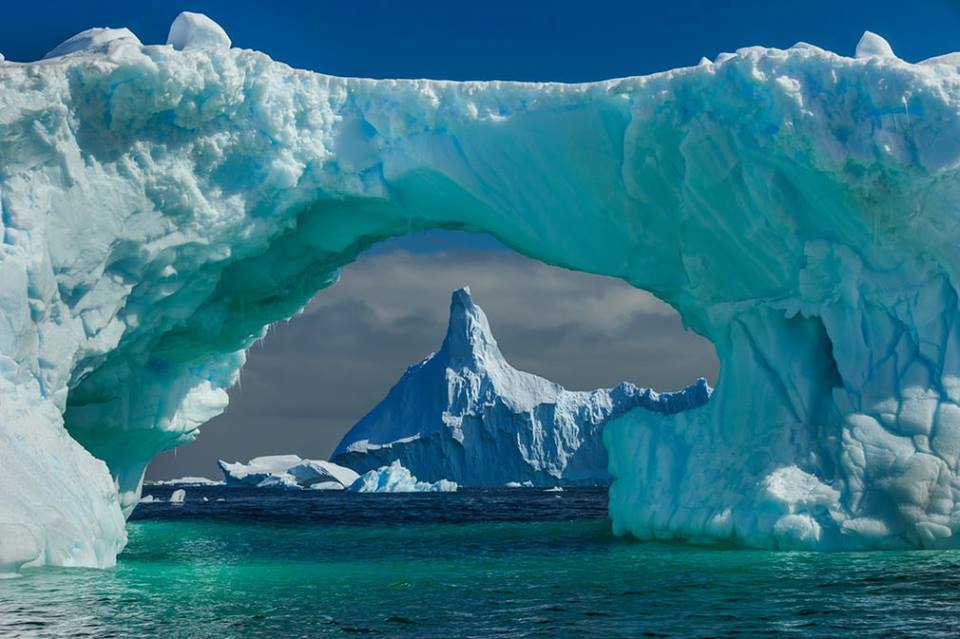 Icebergs are made of freshwater ice that used to be part of an iceshelf or glacier, they flow down to the sea and fall off the end, they then spend months or years floating around the seas of Antarctica eroding and repeatedly tipping up, showing all sorts of blue shades in the process.

Icebergs would have to rate as one of the most coveted highlights for all those who travel to Antarctica. With their gargantuan size and variety of fantastical shapes, not to mention array of iridescent colours, icebergs are as captivating as they are intimidating. Mother Nature’s very own icy skyscrapers define the landscape this far south and can turn even the most amateur of photographers into National Geographic experts. Breathtakingly beautiful and fiercely powerful, icebergs are a formidable force of nature, and any visit to Antarctica is made all the more memorable because of them.

Icebergs begin their life cycle as compacted snow deposits which have frozen over land to form glaciers and ice shelves. Over time and due to various reasons, large chunks of ice can break off and float in the open seas. Any broken chunk of ice that measures more than 5m above sea level – and 30m in length at the water line – is considered an iceberg.

The term iceberg derives from the Dutch word ‘ijsberg’ which translates to ‘ice mountain’. Smaller pieces of iceberg which are smaller than the designated size are called ‘growlers’ or ‘bergy bits’ and are not to be confused with sea ice, which are pieces of frozen salt water. Icebergs are made of fresh water ice in its purest form. According to scientists, it takes between 3,000 and 10,000 years of snow deposits for an iceberg to calve off!