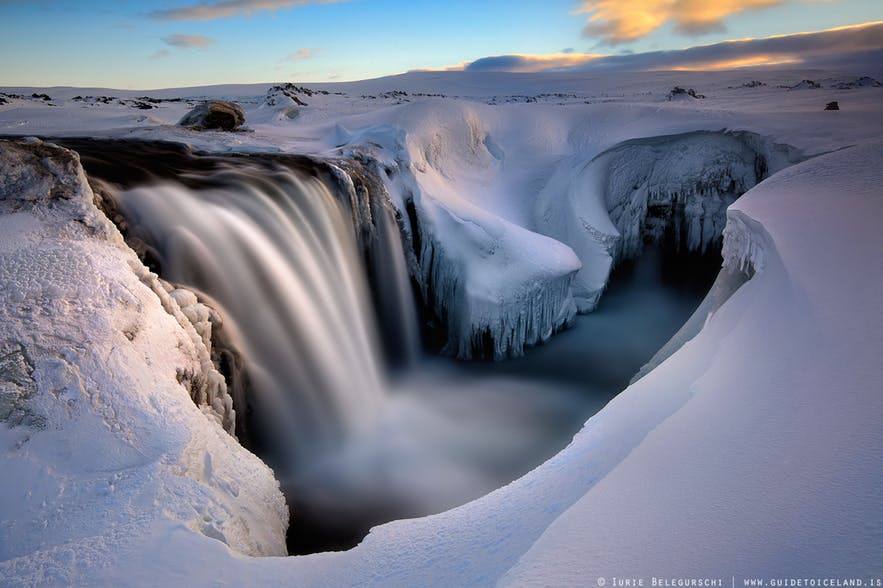 Hrafnabjargafoss is a waterfall in the river Skjalfalandafljót north-west of Vatnajökull, glacier. In the year 1000, the law speaker ÞorgeirrLjósvetningagoð made Christianity the official religion of Iceland. After the conversion, it is said that upon returning from the parliament, Alþingi, Þorgeirr threw his statues of the Norse Gods into the waterfall.